By C. MICHAEL BAILEY
April 28, 2017
Sign in to view read count
The duet performance format is pretty naked. There is little place to hide for the two instrumentalists taking part in the delicate discourse that is making music. The following are five approaches trying to make the cut of creativity. 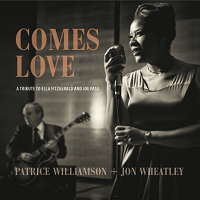 Ella Fitzgerald has been the object of recent homage attention in Jane Monheit's Songbook Sessions: Ella Fitzgerald (Emerald City Records, 2016) and Lina Orfanos' Essentially Ella (Babinis Productions, 2016). The ante in this came is upped with Patrice Williamson and Jon Wheatley's Comes Love: A Tribute to Ella Fitzgerald and Joe Pass celebrating one of the more inspired collaborations to come out of Norman Granz's Pablo Records. Williamson and Wheatley claim a dozen Fitzgerald/Pass chestnuts for their own, providing an updated spin on this hallowed material. When Fitzgerald and Pass made their series of records for Pablo, Fitzgerald was past her prime as a vocalist (not that it mattered, talent like that never grows old). What Williamson provides is an idea of what Fitzgerald may have sounded like had the recordings been made 20 years earlier. It should not be assumed that Williamson gives performances so tightly held that her interpretations are not allowed to breathe for their worship of Fitzgerald. Quite to the contrary, these are vibrant performances, not in the least bit because of guitarist Wheatley's judicious and conservative playing. Wheatley's chops are certainly intact, but he stops short of the fireworks for which Pass was capable, resulting in a well-balanced sampling of the Songbook. 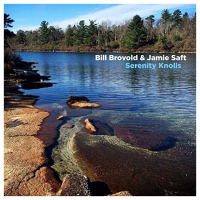 I greet any recording containing the word "Serenity" and with the presence of Jamie Saft with no small measure of suspicious angst. The man behind such projects as Slobber Pup ( Black Aces (RareNoise, 2013) and Pole Axe (RareNoise, 2015) and guitarist Joe Morris' Plymouth RareNoice, 2014) has a noisy soul that is not intent on any kind of quietude. That said, Serenity Knolls, recorded with guitarist Bill Brovold (and Saft playing dobro and lap steel guitar), is a lengthy rumination on American Music in a series of 12 fragments. Most of the compositions are improvisations on simple harmonic footings. Named for the rehabilitation center where Jerry Garcia went to live in the bosom of his Savior, the disc is deeply impressionistic and freshly conceived, honoring the king of am banders with some extended treatments of original compositions. While quietly speculative, Serenity Knolls possesses an anxious, dissonant undercurrent of anxiety, so don't expect to relax. You will be thinking too much. 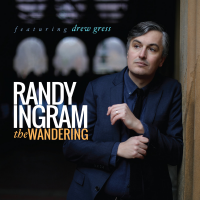 Quietly intellectual, pianist Randy Ingram, spins delicate gossamer gold with bassist Drew Gress on the nine standard and original compositions making up The Wandering. Piano-Bass duo recordings are not that common, but they are often so very revealing and fine. Solo recordings are not required to color within the lines as duo recordings are. The presence of two in any format provides just enough tether to prevent things from spinning off into the atoms. Not that this would ever have been a problem with Ingram. He has a great ballad taste, demonstrated on the thoughtful Jimmy Rowles piece "The Peacocks" where Ingram and Gress share an impressive telepathy that continues, upbeat, into Cole Porter's "Dream Dancing." Ingram and Gress get their Bill Evans-Scott LaFaro on with Evans "Show-type Tune," an angular, craggy introduction leads into a bouncy rendition, well balanced and entertaining. Ingram stops short of being a Evans apostle, retaining considerable autonomy in his expression. The Wandering is a tasteful recital with much to offer. 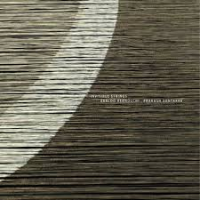 Bill Brovold and Jamie Saft do not have the market cornered on guitar—lap steel guitar duets. Italian punk guitarist Eraldo Bernocchi joins forces with Indian lap steel master Prakash Sontakke for an ambient music workout on Invisible Strings. Bernocchi is a production force-or-nature who adds electronics to the recording, creating a plush pallet upon which Sontakke may weave his ancient melodies. Where Brovold and Saft's medications were decidedly New World, Bernocchi and Sontakke are very much in the vernacular of the old, eastern one, save for the contemporary sound of the electronics applied. This is the most intelligent ambient music I have heard in some time. Bernocchi produces a dense and rich environment for Sontakke Eastern modes. From the ethereal basement of "The Last Emperor Walked Alone" to quiet fire of "Sublime skies," this music has a soothing narcotic effect. It is something beyond relaxation, bordering blissful anesthesia. And there is nothing wrong with that. Music is to be enjoyed, consumed, considered, not considered, deeply contemplated. This music is thoroughly digested before one hears it making it...well, ambient. 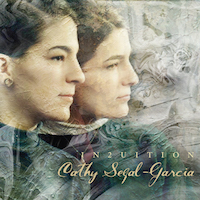 In2uition is Cathy Segal-Garcia' tenth recording as a leader (she also has four additional collaborative projects to her credit). In2uition is a sprawling 2 CD, 14 song collection of the singer coupled with 11 pianists. These songs range from a postmodern deconstruction of Thelonious Monk's "Ruby My Dear" with John Beasley to a lengthy and impressionistic consideration "It Never Entered My Mind" with Dave Moscoe (who also contributes on a progressively interpreted "Small Hotel." There can be little doubt that Segal-Garcia is every bit the accomplished artist and teacher that her resume boasts. She has a facility with all of the technical wares in the jazz vocal arsenal: scat, vocalese, ballad singing...she is a total package. In2uition is an ambitious program of originals and carefully chosen standards all honed expertly by Segal-Garcia. A decent taste from the recording are her two performances with Gary Fukshima, the Youmans/Caesar "I Want to be Happy," and the original "Sleep in Peace." That is an impressive reach by anyone's estimation.