By JOEL ROBERTS
November 1, 1997
Sign in to view read count 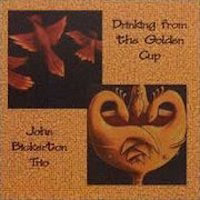 It is always a treat to stumble upon exciting and innovative new music by relatively unknown performers. This piano trio album, featuring all original compositions by Brooklyn-based pianist and leader John Bickerton, offers the opportunity to hear challenging improvised music played at a very high level by musicians whose names most people probably don't even know.

Bickerton runs much more in the Bill Evans / Paul Bley / Keith Jarrett wing of piano improvisation than the Cecil Taylor wing. Jarrett is clearly the main model here, whose solo improvisations of the 1970s are strongly recalled. Most of the compositions begin with very simple themes, often suggesting folk or classical melodies, that slowly give way to free improvising. Standout tunes include the haunting title cut, the hymn-like Snowfall, and the dreamy, Spanish-tinged Don Quixote and Don Juan Meet Their Fate in Brooklyn. Like Jarrett, Bickerton's touch is very light, his mood mellow and introspective, and his playing full of emotion.

More mainstream listeners should not be frightened off by words like "free" or "improvised." Although this music is rooted in the experimental jazz movements of the '60s and '70s, it is also highly melodic, often quite beautiful, and extremely accessible. Along with an excellent and very empathetic rhythm section of Ben Allison on bass and Tim Horner on drums (both busy players on the New York scene), Bickerton has created an album of experimental music that dares to be pretty.

This album may be purchased on-line at the Loud Neighbors Music website .