By GLENN ASTARITA
September 25, 2003
Sign in to view read count 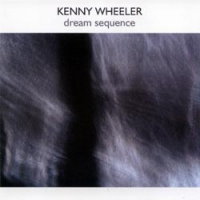 The latest edition to trumpeter/flugelhornist Kenny Wheeler's discography commences with variable pulses and emphatic horn charts on "Unti." But while this production launches with an up-tempo groove, the majority of this set simply corresponds to the wistful implications set forth by the album title.

Recorded during several visits to London's Gateway Studio spanning 1995 to 2003, Wheeler performs solely on flugelhorn, along with a core sextet—separating into duo, trio, and quintet consortiums. Simply stated, the great flugelhornist is a weaver of dreams! Featuring alto saxophonists Ray Warleigh, Stan Sulzmann, guitarist John Parricelli and others, the group delves into ethereally executed blues motifs and airy dreamscapes. Warleigh's misty flute work and Parricelli's mid-toned electric guitar voicings on "Nonetheless" propose a vibe that might suggest a trouble-free world. The dreaminess continues with a sublime quartet rendition of Billy Strayhorn's ballad "A Flower is a Lovesome Thing." Here, Wheeler's yearning lines bespeak a sense of solitude, marked by wraithlike overtones.

Wheeler and his musical associates project a dirge-like momentum on "Kind Folks." However, they equalize the rhythmic aspects via positive intimations by quietly soaring skyward. In sum, the musicians project a velvety soundscape supplanted by warmly stated choruses and keenly articulated soloing spots. (Highly recommended...)