By JOHN BARRON
January 6, 2008
Sign in to view read count 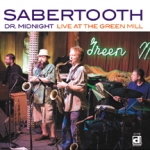 "Blues for C Piff, written by Mallinger and named for Pfiffner, serves as a fittingly greasy opener to get the party started. "It's Surely Gonna Flop If It Ain't Got That Bop, a clever line based on Duke Ellington's "It Don't Mean a Thing If It Ain't Got That Swing, features inspired blowing from all four musicians, including a well-executed, tastefully swinging drum solo from Sirota. The diverse Sirota drives the traditional "Mary Anne with a relentless Carribean groove. The extended give-and-take between Pfiffner and Mallinger sustains interest over the tunes's simplistic form.

The session takes an unusual turn when Mallinger introduces his meditative "Tetemetearri with an unaccompanied solo on Native American flute. Heartfelt solos by Pfiffner on flute and Mallinger—who switches to tenor saxophone mid-tune—are buoyed by Sirota and the sympathetic accompaniment of Benson's alluring B3. Benson is highly fluent in the language of organ jazz. Although the varying influences of Jimmy Smith, Don Patterson and Lonnie Smith can be heard throughout the disc, the organist refreshingly puts his own stamp on the music, acknowledging a debt to the past while avoiding direct imitation.

In fact, the notion of paying homage to yesterday's sounds to come up with something unique and highly original could perhaps describe the essence of Sabertooth. The sneaky fun of the title track, the Jack McDuff grooviness of "Odd Couple and the entrenched boogaloo beat of The Grateful Dead's "China Cat Sunflower round out the party with inventiveness, intuitive interplay and smoldering drive.

Whether you're commuting to work or sitting around the house, listening to Dr. Midnight will instantly sweep you away to a late night hang in the Windy City with four extremely hip musicians intent on sharing a soulful good time.