If you liked Lonnie Smith back in the day, you’ll appreciate and enjoy his evolution to 2016. 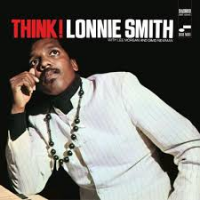 The "doctor" with the mysterious turban and manic Hammond B-3 fingers is back. And if you think the old man at 73 can't possibly match the passion and pyrotechnics of the young man at 26... well, surprise!

Evolution is Dr. Lonnie Smith's triumphant return to Blue Note. I feared it might be like a Beatles "reunion" of Paul McCartney and Ringo Starr—a sentimental experiment that's bound to disappoint. I bought Evolution and resigned myself to liking Smith's younger bandmates and pining for the days of yore.

For this experiment, I played two Smith albums back to back, several times. I picked what is arguably his best record: Think! It's his Blue Note debut of 1968, when Smith wore love beads and before he became a "doctor." Then I played the new Lonnie Smith record to see how it compared.

Listening to Think! is pure pleasure—and not just for nostalgic reasons. It is inspired music. The opening cut, Hugh Masekela's "Son of Ice Bag" is a high-energy 11-minute soul-funk workout. It's followed by "The Call of the Wild," 12 minutes of freaky, hot-and-heavy Afro-Cuban rhythms and grooves. And then the title cut—yes, it's the Aretha Franklin hit song, given a groovy organ-jazz treatment.

If Think! ended there, it would be an unforgettable (but short) Blue Note classic. But wait, as they say on TV; there's more.

Track 4 is a six-minute improvisation on—would you believe it?—"Three Blind Mice." (I know what you're thinking: "Three Blind Mice" has chord changes? I was surprised, too.) And finally, another amazing Latin workout on a Smith original called "Slouchin.'"

And that's it. Think! is one wild and hairy soul-funk-jazz classic. 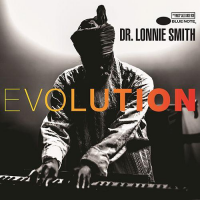 Evolution starts where Think! left off, with a long funk-jazz jam called "Play It Back," featuring Robert Glasper on piano, a bunch of hot horns and the good doctor laying down impressive grooves. "Afrodesia" is another fat funkfest, this time featuring Joe Lovano's horn. (The only down note of the album is Track 3, a smooth jazz tune that is better left unheard.)

And then Evolution lives up to its name. First, there's an inspired take on Thelonious Monk's classic "Straight No Chaser," with a simple organ-guitar-drums trio playing anything but simply. The same trio tackles "My Favorite Things," but this is not your grandfather's Richard Rodgers, or even John Coltrane's. It is something utterly different and intriguing.

Finally, a pair of tunes that truly show the doctor's evolution. "Talk About This" starts with a hip-hop vibe and vocal that would have been impossible in 1968, then segues into a slow funky vamp. But it's the last tune, "African Suite," that clinches it for me —a piece that is utterly unlike anything else on the album, or any other album. "African Suite" is a 10- minute slice of African percussion, elephant trumpets and a sweet flute. Nothing about the funk-heavy Lonnie Smith of 1968 suggests he was capable of this. It's a joy.

Bottom line: If you liked Lonnie Smith back in the day, you'll appreciate and enjoy his evolution to 2016. It makes me wonder what new tricks he'll find at age 74.