Donny Hathaway: Celebrating the Spirit and the Soul

A testament to his amazing talent, many of today

Few artists in Soul music incorporated the rhythms, technological interventions, and spiritual ethos of American jazz more fully than the late Donny Hathaway. Over the course of his recording career, the Chicago soul legend produced music which reminded many listeners of the fusion work of Donald Byrd, Bobbi Humphrey, Archie Shepp, Alice Coltrane, and Yusef Lateef. Connecting Hathaway with these and other jazz artists of the late sixties and seventies was his efforts to provide an aural landscape of black inner city life, his explicit spirituality, and his embrace of various musical genres. An ambitious artist constantly searching for new ways to articulate musically the complexity of the human spirit, Hathaway was never afraid to stretch rhythm and blues into previously unheard shapes, textures, and sounds. Schooled in the rich traditions of African American music, the gifted musician fused jazz, classical, gospel, and of course the blues into his particular brand of soul music. Far too often, jazz critics interested in 1970s fusion focus solely on jazz musicians' forays into rock, soul, and funk, but Hathaway's career forces us to consider the ways in which the black musical landscape was enriched as a result of rhythm and blues musicians' borrowing of jazz styles and idioms.

Sixty-one years ago, on October 1, 1945, Donny Hathaway was born in the culturally vibrant city of Chicago, Illinois. Moving to St. Louis, Missouri as a young child, Hathaway was steeped in the religious tradition of the black church. A fine arts scholarship eventually led the Chicago native to Howard University, where he benefited immensely from the rich musical scene on campus and in the city's black enclaves. Anyone strolling down the popular streets of DC could enjoy the sounds of Edward Kennedy "The Duke Ellington, Donald Byrd, Herbie Hancock, Julian "Cannonball" Adderley, among other frequent visitors to the thriving metropolis. Quite possibly, Hathaway also absorbed the sounds of the Ramsey Lewis' Trio, which contributed significantly to the popularization of cocktail lounge jazz during the sixties. Only one year after Hathaway's arrival in DC, Lewis recorded The In Crowd at the Bohemian Caverns in May, 1965. Serious about honing his talent, Hathaway started playing in a trio led by another Howard student, Ric Powell. Eventually, Hathaway's reputation as an incredibly gifted musician extended beyond the nation's capital. Leaving Washington, D.C, for Chicago in 1968, Hathaway distinguished himself as an excellent pianist and arranger on recording sessions for Phil Upchurch, Jerry Butler, and of course, the prodigious singer-songwriter, Curtis Mayfield. Fully immersing himself in Chicago's music scene, Hathaway arranged Curtis Mayfield and the Impressions' Young Mod's Forgotten Story, which was released in 1969 and climbed to #21 on the Rhythm and Blues charts. The recording benefited immensely from Hathaway's strong harmonic sense, and Mayfield was definitely impressed by the young man's talent: "This fella, you could just talk to him over the phone and play him a piece of music, and he could call out every chord and every movement and where the fifth was and the augmented and tell you what key it was in. Self-taught, Mayfield had a tremendous amount of respect for Hathaway's expansive musical knowledge. "He really baffled me, Mayfield later admitted. "I always admired people that could do that because I never had that kind of learning. It was just amazing. Even though Hathaway was classically trained, the soul singer never underestimated the power of emotion and feeling. "He had a lot of learning in him, Mayfield perceptively noted, "but he was instilled with a lot of depth of the religious feeling of black music. 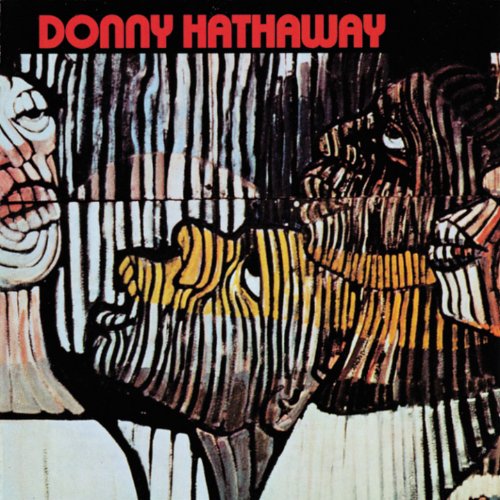 Thirty-six years have passed since the release of Donny Hathaway's magnum opus, Everything is Everything, but the passage of time has not diminished its importance as a foundational text in Modern Soul Music. Sparsely constructed tunes enabled Hathaway to showcase his majestic tenor as well as his improvisational skills as a pianist. Funky bass solos by Phil Upchurch, Louis Satterfield, and Marshall Hawkins created an aural landscape which at times invoked memories of Charles Mingus' "Wednesday's Night Prayer Meeting." Undoubtedly Hathaway drew from the tradition and rhythms of jazz-soul, but his greatest inspiration was the women and men who populated America's racial ghettoes. Striking in its candor and social realism, Hathaway's debut brilliantly communicated the complexity, dynamism, and rhythmic beauty of black life in the post-Civil Rights era. Not long before Hathaway's debut release, cultural critic James Stewart, in his seminal 1968 article, "The Need for a Revolutionary Black Art, called for the development of artistic productions "consistent with a black style, our natural aesthetic styles, and our moral and spiritual styles. None of the available information on Donny Hathaway provides insight on his opinion about the ways in which black artistic expression could be used to fashion a radical political consciousness among the African American masses, but his profound love and admiration for the style, rhythm, and culture of black people was apparent on his debut release. Songs such as "Thank You Master for My Soul," "Sugar Lee," and "Je Vous Aime" exposed the cultural world in which African Americans congregated, loved, played, and prayed.

A testament to the Civil Rights and Black Power movement's profound influence on black artistic production during the sixties and seventies, Hathaway also gave voice to the pains, frustrations, and struggles of thousands of women and men whose lives had not improved in the immediate post-Civil Rights era. Three tunes on his debut are particularly moving: "Tryin' Times, "To Be Young Gifted and Black, and the celebrated "Ghetto. A beautiful instrumental featuring some of Donny's most impressive work on the Fender Rhodes, "The Ghetto was an ode to those blacks and browns (Operation Bootstrap program in San Juan resulted in the massive migration of Puerto Ricans to NYC and other eastern cities.) coping with the reality of deindustrialization, chronic unemployment, and rising crime rates. The song's infectious groove conjures up images of an urban landscape dominated by abandoned factory buildings, boarded up-businesses deserted by the black bourgeoisie, and dangerous corners populated by women and men with very little faith in the American dream. Especially noteworthy was Hathaway's utilization of human voices, which added not only texture to his aural landscape, but a touch of urban realism to an already gripping tale of inner city life. One can easily interpret the guttural moans and screams of the voices emanating from this classic song as those belonging to black women and men impacted by the restructuring of the United States' industrial economy. Hathaway was not alone in his focus on urban life. A certain fascination with the sounds and rhythms of inner city life characterized the recording of jazzmen and women as well. Interesting takes on the rhythm, beauty, and slickness of urban life can be heard, for example, on Yusef Lateef's "Russell and Eliot or Bobbi Humphrey's "Chicago, Damn, and "Harlem River Drive.

Hathaway addressed the hell of life in the post-industrial city, but he also found something redeeming about the urban landscape, something empowering about the ways in which women and men of America's Chocolate Cities discovered and created community. Critical to their ability to create community and survive under undeniably difficult circumstances, according to Hathaway, was their faith and connection to a higher power. A profound faith in the existence of an interventionist God who intercedes on behalf of the oppressed enabled black women and men to look beyond the miseries and absurdities of life.

Emerging from most of Hathaway's work is an image of a transcendent, interventionist God who hears the existential cries of the downtrodden. Consider his moving "Thank You Master for My Soul , which features one of the most brilliant jazz piano solos in rhythm and blues history. Thanking God for providing him with not only the material necessities of life, but also spiritual nourishment in the time of tremendous need, Hathaway articulates fully his appreciation for God's grace. "Cause you didn't have to hear my moanin, he acknowledges during one of the song's most gripping moments, "Oh you didn't have to hear my groanin, but you kept me... "Thank You Master serves as Hathaway's testimony of how God's divine power enabled him (and perhaps us) to transcend pain and maintain our humanity in the face of seemingly insurmountable adversity. Quite possibly Hathaway would have agreed with the black theologian James Cone, who in his classic, The God of the Oppressed, wrote:

It does not matter what oppressors say or do or what they try to make us out to be. We know that we have a freedom not made with human hands. It is faith that defines our person, and thus enables black people to sing when the world says that we have nothing to sing about, to pray when prayer seems useless to theologians and philosophers, and to preach when the world will not listen. 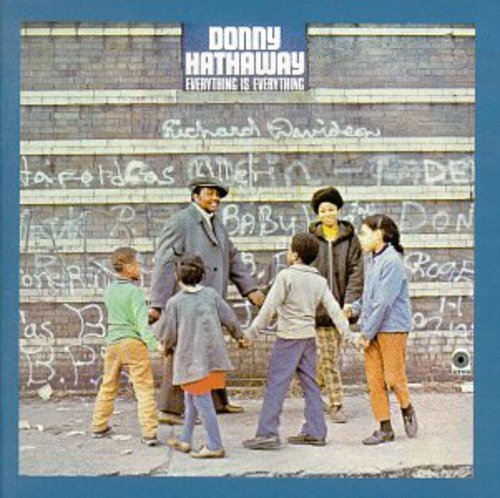 Twenty-four years of age at the time of his debut's release, Hathaway had managed to put forth an interesting portrait of a courageous yet deeply flawed people in all their complexity. No topic was off-limits. Love, pain, disappointment, politics, and religion received attention from the gifted singer and pianist. Not afraid to explore the various dimensions of black music, Hathaway shared with his audience his love of jazz, blues, gospel, and even modern classical music.