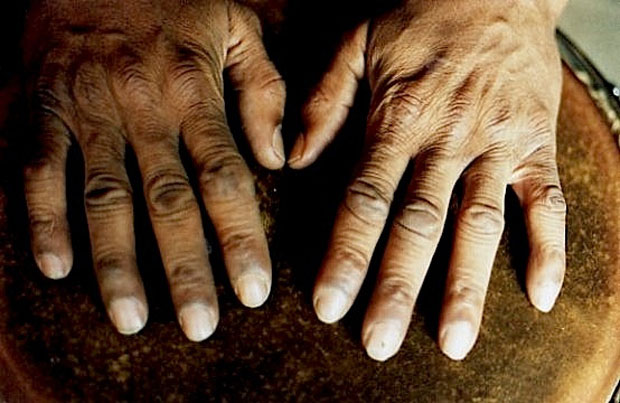 By MELANIE FUTORIAN
February 23, 2012
Sign in to view read count
[Editor's Note: Cymbalism is a new All About Jazz column that will feature excerpts from an upcoming autobiography on the late, great percussionist Don Alias, co-written by Melanie Futorian, his companion for the last seven years of his life. This installment pays tribute to the sixth anniversary of his death in March, 2006.]

It was Gene Perla who called me up one day and said, "Hey man, why don't you just try to do this gig with Nina Simone?" I said, "Wow! Nina Simone, are you kidding?"

At that time I was fearless. Play drums with Nina Simone? Sure. I remember our first gig was in New England somewhere, I think Providence, Rhode Island. We were supposed to have a rehearsal since I was new to the band. The band was still waiting for Nina when the audience began to walk into the concert hall. She came in so late that the actual gig became the rehearsal.

When Nina walked in she really looked at me. You know, she looked me up and down and right through me. Here I was this brown skinned, non-African-looking guy. It was at a time, though, when everyone wore dashikis and Afros, even the white guys. She had asked all her band members to wear an African medallion, so there I was in my black dashiki, semi-Afro and a glittering continent around my neck.

She counted off the first tune and we rolled into the set smoothly. I was just playing on gut feeling. She stood on the stage and called out, "Let's play in a different key." She'd actually do this and we'd have to transpose on the spot. Then she would sing protest and Black revolutionary songs, her voice deep as brown, blues and blacks could go. After I finished playing, she looked at me and said, "You know somethin'? You're blacker than you look." Of course that was supposed to be a compliment.

I never thought that I'd ever get the chance to play in Europe, but a few months later here we were, Gene Perla, Weldon Irvine, Al Shachman and myself with Nina Simone. Our first stop was Dublin, where streets were cobblestoned and there was a lot of green everywhere. It was there that I learned how to play heavy and loud, and for the first time I learned the true meaning of "dynamics of music," as well as the true meaning of a good dark Lager beer.

When we played for these audiences you could hear a pin drop. It was just a wonderful, wonderful experience covering everything from "I Love You Porgy" to "Black is The Color of My True Love's Hair." What was even more wonderful was that Miles Davis opened up for us.

We would do this song, "West Wind," written by Miriam Mekaba, and before I took my solo, Nina would say," Drums are like your heartbeat and you know you can't live without your heartbeat." That phrase had a special meaning to me that even today I use it as my motto, but that's another story.

Anyway, I was playing "West Wind" when I caught Miles staring at me from offstage. I felt kind of nervous and kept wondering why he was staring so intensely. You have to keep in mind that Miles had always been my hero, my idol. I grew up with all his records like 'Round About Midnight, The Birth of the Cool, Dig...you name it. I could hum John Coltrane's tenor solo on "'Round About Midnight," and I knew Steaming and Relaxing by heart.

I listened to all those 1950s records by Miles and now this man was watching me. I found out later that Nina had gone over to the side of the stage and said to somebody," I hope Miles Davis doesn't steal my drummer."