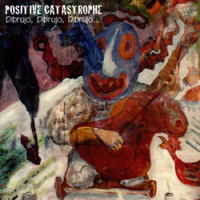 Creative juices must have been bouncing off the studio walls during the recording process of this band's sophomore album. The ten-piece unit includes several progressive-jazz notables, such as cornetist Taylor Ho Bynum and saxophonists Matt Bauder and Michael Attias. The perspicacious group-centric focus enlivens a wild Latin Jazz jamboree, where rules are most certainly meant to be broken.

This variegated set tenders an off-centered mix of convention with semi-structured chaos and a profound sense of the dynamic, as frenetic horns parts, fluid grooves, and pumping unison choruses surge the Latin element into an avant-gardist stance. The musicians' brash and in your face game plan, offers converging movements, spiced with torrid soloing breakouts and maddening climaxes.

They cover a gamut of divergent aspects, for example on "Perhaps the Artist was a Little Mad," a funk-rock pulse gives way to a multilayered, bold horn chorus, sparked by groovy bass lines amid vocal harmonies that feature spaced-out scat tirades. Otherwise, the ten-piece's polytonal theme-building escapades offer a comprehensive study in contrast, countered by periodic free-jazz breakdowns.

On "Dibrujo One," Kamala Sankaram's accordion work blends into a free-form jaunt, tempered by dainty melodies, deep bass and chilling percussion accents. Here, traces of Frank Zappa style ingenuity surface via the unorthodox twists and turns. They also pursue up-tempo burners during various segments of the program. Thus, this album is a far-flung, yet irrefutably gratifying outing that stalks newfound terrain, partly due to the musicians' aggressive interplay, unconventional tactics, and resplendent experimentation.