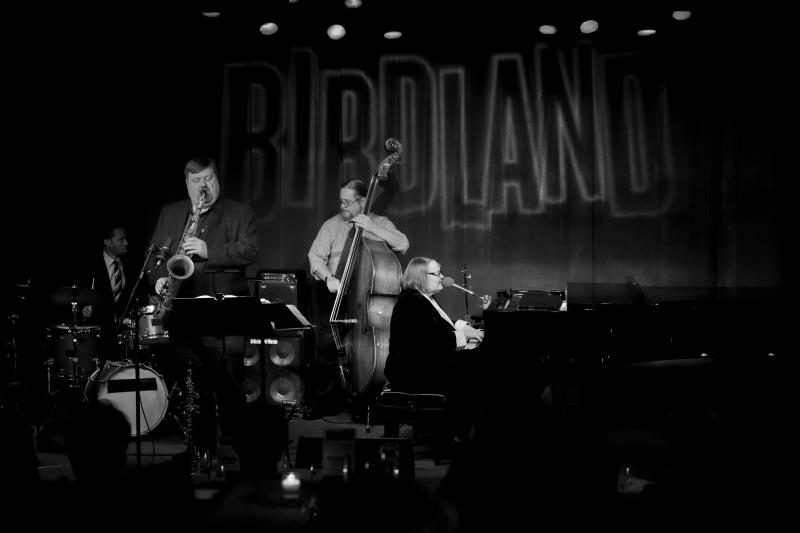 In the fall of 2017, Diane Schuur returned to New York City for a highly anticipated residency at Birdland. Bringing saxophonist Joel Frahm, bassist Roger Hines, and drummer Willie Jones III along for the ride, the singer and pianist showed us that being a class act on the bandstand means knowing how to balance life off it with honest reflection and joyful response. This was most obvious in the numbers with which she ended the first set of her November 14 show. Of those, "Danger Zone" was the most relevant—a prophetic blues if ever there was one. In its wake, the message of perseverance in "Louisiana Sunday Afternoon" came as a salve for our current political malaise. The depth of what Schuur described to the audience as her most downloaded song brought out the best in its interpreter. In both, she regaled as only the best storytellers can, adding idiosyncratic embellishments and intonations, all while changing the color of her voice to suit every character, event, and development being described.

Leading up to that flourishing conclusion, Schuur and her band navigated an emotional rollercoaster of popular songs, ranging from Frank Sinatra staples like "Nice 'n' Easy" and "I've Got You Under My Skin" to lushly reimagined standards "'S Wonderful" and "Watch What Happens." Her rhythm section hit one target after another, while Schuur herself sparkled at the keys. She and the backing trio reached peak coalescence in "Watch What Happens" and Antônio Carlos Jobim's "How Insensitive." The latter provided Frahm's soprano with more than enough energy to evoke warmer geographies and distant loves. Frahm further amped up the night with two star turns in "So What" and "Solar." These Miles Davis evergreens came across all the more fragrantly, and just in time for the holidays, as his tenor traded calls and responses with Schuur on either side of blazing arpeggios.

Between songs, the star of the evening engaged the audience in light banter and wordplay, shedding a light on her powerful spirit. Whether sung or spoken, she made every word shine. Like her music, it was the beginning of a longer conversation.