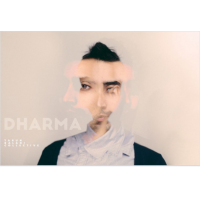 Drummer / composer Tarun Balani 's previous album, Sacred World (Self Produced, 2013), offered audiences a fresh look at the synthesis and Indian music and jazz. On Dharma, Balani steps back a bit from the music of his homeland. The result is still an invigorating listen. Balani's composing here makes extensive use of hypnotic, propulsive ostinati. Conceptually, the pieces here resemble some of Eberhard Weber's or Ralph Towner's ECM recordings of the mid-to-late 1970s. Keep in mind that the production and execution here is completely different. Yet, Sharik Hasan's chiming, rhapsodic piano figures on "Samsara," "Planet Hunter," and "Malala's Dream" bring to mind classics such as Weber's Yellow Fields (ECM Records, 1975) and Silent Feet (ECM Records, 1977). This device, in less-inspired hands, may lead to noodling and overplaying over a static, unchanging rhythm. In the hands of Balani and his energetic young crew, however, this strategy results in an unusually engaging—yet not entirely easygoing—listen.

Pianist Hasan is the only holdover from Balani's previous recording Sacred World which also featured Tarun's brother Aditya Balani on guitar, legendary bassist Bruno Raberg, and sarangi master Suhail Yusuf Khan. Educated at Oberlin, Berklee and the Manhattan School of Music, and now resident in New York City, Hasan is one of India's most prominent and promising young jazz artists. His playing here is rich, nuanced and firmly rooted in the more sophisticated end of the modern jazz spectrum. Bassist Joshua Crumbly, best known for his work with Terence Blanchard and Stefon Harris, locks in with Balani's crisp, economical drumming and gets plenty of solo space as well. Alex Pinto now occupies the guitar chair, broadening the band's sound with his visceral and palpably blues-based approach. His solo on "Malala's Dream" is notable for its many unusual twists and turns. Balani's imaginative arrangements alternate Pinto, Hasan and trumpeter Tiziano Bianchi as the lead voice. Often, either Pinto or Hasan will shadow Bianchi's line; not exactly doubling it. Straight out of the Miles Davis / Enrico Rava lineage, Bianchi has a fluid technique and a light, somewhat thin, sound that cuts through the guitar and piano like a laser.

Balani's music is overtly concerned with rhythms and their superimposition; which is not to say that melody and harmony are neglected. But the bare bones of his compositions seem to spring directly from his drumming. This lends a certain directness to the proceedings on Dharma, and one always knows where Balani's going with these pieces. There's also a measure of darkness, even turbulence, to some of these tunes that captures and holds one's interest. All of this is summed up nicely by the title track, which alternates between two distinct harmonic / rhythmic color fields as Bianchi and Pinto unfurl a loping, folksy melody over top. This is complicated and dense music that doesn't lose itself in its own complexity and density.