By DAN MCCLENAGHAN
July 19, 2010
Sign in to view read count
The Return to the Acoustic Sound 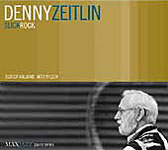 After the satisfying but intense and all-consuming experience of composing the electro-symphonic work for The Invasion of the Body Snatchers, Zeitlin had a desire to return to his roots of the acoustic sound. His Soundings (1750 Arch, 1978), a solo piano record, went back to what the pianist calls "my earliest musical roots, when as a young child I would sit at the family Steinway and improvise music from moment-to-moment, without any preconceived structure."

Time Remembers One Time Once (ECM, 1983) found Zeitlin in an intimate duo outing, recorded live at the Keystone Corner in San Francisco, with bassist Charlie Haden.

Several more albums followed, all critically well-received but slipping under the radar, perhaps, on smaller labels, until a profile revival of sorts came about in the new millennium, when Zeitlin began recording for the MaxJazz label.

2009 found Zeitlin with a new label, Sunnyside Records. His first CD release for Sunnyside that year was Denny Zeitlin Trio in Concert, Featuring Buster Williams and Matt Wilson. It is a live recording that opens with an extended workout on John Coltrane's "Mr. PC," then moves into an aching beautiful ballad, "The We of Us," (written for his wife Josephine), followed by one of the most vibrant and in-the flow pieces of music imaginable, a magically rousing take on Cole Porter's "All of You" "That was a lot of fun," Zeitlin enthuses. "I think that really is an example of that particular trio at its best. The way the interplay goes, and the sort of breathing as one organism. That's something I really love about playing with Buster and Matt is that it's wide open; the music can go where it wants. There's no ego involved in it; we're all just into in serving the music and allowing it to emerge and be just delighted with what happens, and we often have that sort of merger experience where I don't know who's playing what. I'm hearing sounds and I don't know if it's coming from the bass or piano or the drums. We're just immersed in music. It's almost like we're a part of the audience listening."

In 1978, Zeitlin had the good fortune, moxie and requisite skills to participate in the very collaborative creation of a masterpiece of its genre, The Invasion of the Body Snatchers. In 2010, after seventy years at the piano, and many excellent albums, Zeitlin has created his personal masterpiece with Precipice (Sunnyside Records, 2010). It is a solo outing that begins with a wandering "Free Interlude" that slips into an inspired take on Cole Porter's "What Is This Thing Called Love" which morphs into John Coltrane's "Fifth House"—over twelve-plus minutes of unalloyed, in-the-flow creativity. He revisits "The We of Us," and explores Wayne Shorter's "Deluge" and Sonny Rollins' "Oleo," before offering up the 24-carat beauty of "Love Theme From the Invasion of the Body Snatchers," then closes out with two of his own energized tunes, "Pulsar" and "Precipice." 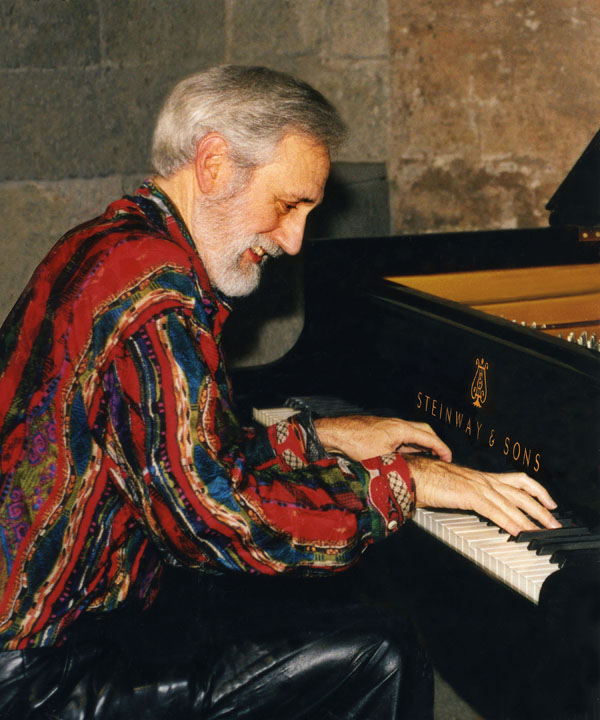 The recording of the live set was, according to Zeitlin: "A night where I felt everything did come together. All the things you can't always control. You don't know how good the acoustics will be like in the room, you don't know how good the piano's going to be. You don't know if it was expertly tuned for that day, you hope for a good crowd that will reach for and meet the music. You don't always have that. And then if you record, you don't know how good the recording's going to be. But on this particular night I thought it all of that came together, and it really did bring out the best in me. I'm very pleased with that concert album, and just delighted that Sunnyside liked it and wanted to put it out. I'm even tickled with the cover, which I think is one of the most perfect covers I've had for an album ever. I really wanted to get the sense of that on the edge sense of danger, and I think that almost Dali-esque illustration is just terrific."

A perfect cover for a perfect solo piano album.

Now in his seventh decade, Zeitlin seems to have no intention of slowing down his creative process.

"I have another solo album in the can, but haven't made any move to place it with anybody yet. I'm really enjoying my relationship with Sunnyside, and I'm hoping that we will do more projects together. I don't know whether the next one will be a solo project, but what I would like to do would be an album that would come out of my studio. I'm getting interested in reactivating my electronic music studio."

Recalling an earlier release, Zeitlin says: "In 2005 I put out a solo album on MaxJazz called Solo Voyage, which was a combination of solo acoustic piano, and then on about half of it, solo acoustic piano with synthesizer. And it was a lot of fun for me, getting back into using the synthesizer again, even though it was a sort of a sad event in life that got me doing it. It was the dying of a very dear friend that prompted me to do the part of that album with the synthesizer in it. It was designed really as a very peaceful, contemplative series of tunes that would help my friend to make a graceful exit. It turned out that the music got to him barely in time before he slipped away into his final coma, but his wife told me that the music had meant a lot to him.

"The positive thing about that sad project was it got me immersed in the synthesizer again. So I'd like to do some more work in that area in the next year or so. And I wouldn't be surprised if there would be an album coming out of that, maybe in the next year or so, that would really have some in depth of an exploration of electronics and acoustics."

And it will surely be amazing, as Denny Zeitlin does nothing halfway.

All Photos Courtesy of Denny Zeitlin