By ELLIOTT SIMON
January 2, 2004
Sign in to view read count

It's been called different things in different generations: heart, soul, balls. It is sort of an indefinable thing. It reaches me on an emotional level.
&#151Bob Koester 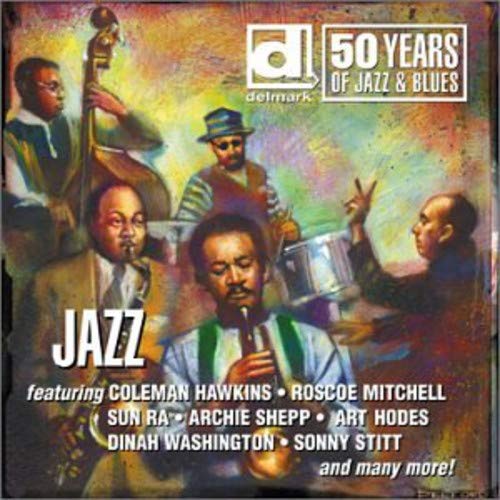 Few independent labels can claim a 50-year history of seminal releases that changed the course of both blues and jazz. In fact, there is only one: Chicago's Delmark Records. While being the first to record the Association for the Advancement of Creative Musicians (Roscoe Mitchell's Sound) and Sun Ra (Sun Song), Delmark was also first with Chicago electric blues (Junior Wells' Hoodoo Man Blues). Their recent acquisitions of the extensive United blues and Apollo jazz catalogues has also given Delmark custodianship of the first bebop recording (Coleman Hawkins' Rainbow Mist). A stunning 4 CD and bonus DVD box set (50 years of Jazz and Blues) appropriately celebrates the label's 50th anniversary. This release not only presents important past recordings from the above musicians and many others, but includes previously unreleased material from artists like saxophonist Sonny Stitt and trumpeter Malachi Thompson.

Delmark grew out of the passion of its founder, 71 year old Bob Koester. A national treasure of jazz and blues knowledge, he continues to combine a collector's ardor with keen eyes and, more importantly, ears for talent. Koester, with his famous Jazz Record Mart store and Delmark label, has chronicled and helped to define the enormously influential Chicago styles of blues and jazz. Able to speak expertly and in depth on the most obscure, he remains a "trad jazzer" at heart and is still somewhat amused that he is responsible for releasing the AACM on an unsuspecting public. He related to me his initial experience with bop and the avant-garde, "Joe Segal worked for me at Seymour's [Jazz Record Mart] and along about 1959 or '60 he sat me down and explained bebop to me and I've been able to cope with it, then I needed Joe Segal to explain avant-garde and I occasionally find myself humming part of Roscoe Mitchell's first record. I think AACM is the most important stuff we've ever done. I don't know when it would have been done. We were the jazz label in Chicago. The pre-avant-garde, you know like Eric Dolphy and Archie Shepp went straight to my bones, straight through me, I just really dug it. Maybe Archie is a phony and is really a traddy. He could play in my Dixieland band. I would like to work up a date with Archie and [trad clarinetist] Frank Chase. That could be interesting." Shepp does have his own Delmark release (Conversations) with saxophonist Ari Brown and Art Ensemble of Chicago bassist Malachi Favors.

Delmark's catalogue of over 350 releases (which remain in print) is eclectic, it includes the trad-est to the freest of jazz and runs the gamut of blues styles. What Koester understands best is that indescribable essence of an artist that makes for a great record, "It's been called different things in different generations: heart, soul, balls. It is sort of an indefinable thing. It reaches me on an emotional level. I might have recorded people who weren't great technicians because I like what they're saying. I'd rather hear a guy f*ck up saying something worth hearing than play something perfect that doesn't have any soul."

Koester got into jazz as a youngster in Wichita listening to the radio while battling polio. "I was in 6th grade and I was in a polio ward for 4, 5 or 6 months and I heard the Eddie Condon Saturday afternoon show [Town Hall concerts of 1944-1945]...I liked boogie-woogie right away. I seem to recall hearing some Fats Waller on the radio, possibly live but I don't think so because I'd only be 11 years old." His doctor being in the same building as KFBI studios and an initial brush with Bird may have also contributed to Koester's dedication to the music. "I am willing to bet that I had a doctor's appointment with our family physician the day Charlie Parker recorded at the KFBI studios in Wichita with a contingent from the [Jay] McShann band. That was Bird man. I might have heard Bird without knowing it. If Dr. Neil Roberts were still alive when I realized this after hearing the first release, I think on French RCA, I would have written him and said, Do you possibly have any record of me being there at your office at the age of 10 on November...?"

In addition to influential albums by creative music Chicagoans like saxophonist Anthony Braxton (Three Compositions of New Jazz; For Alto; Four Compositions), The Art Ensemble of Chicago (Live 1972) and Sun Ra, Delmark is a treasure trove of traditional jazz clarinetists. This particular aspect is near and dear to Koester's heart as he remembers Barney Bigard (Bucket's Got a Hole in It), Albert Nicholas (New Orleans-Chicago Connection; Albert's Back in Town), Raymond Burke (Hodes Art) and Volly DeFaut (Up in Volly's Room). Koester recollects: "There was a show on at 10:30 pm in Wichita that used the Capitol International Jazzmen's recording of "Clambake in B Flat" which starts with a (imitates a Bigard solo)...that turned me on to Barney. It was impossible to let Barney Bigard be in Chicago for very long without doing a record and happily, we did work it out. He's a guy who is impeccable. There are no outtakes because of anything he played. However, I'm much fonder of Albert Nicholas...Albert is probably the most underrated clarinetist in the history of music. Even I underrated him at the time... To me as time goes on I am just more and more into Nicholas' playing; ballsy playing...Raymond Burke. I wish we could have done a whole record but he had a plane to catch. Vivian Oswald in the St. Louis Jazz club would speak of Raymond Burke and say, 'He fills his clarinet up with water and then plays it.' He has this hydraulic tone...marvelous and a totally self-effacing guy. Volly Defaut is another marvelous clarinetist although I wouldn't put him in the class with Albert. But he was awfully interesting. A guy who came out of the symphony I believe... Poor guy died before the record came out."

The latest releases from Delmark pleasantly continue the tradition of top quality influential sessions. Malachi Thompson and Africa Brass have just released Blue Jazz that with its big band free bop brassy sound and "Blues for a Saint called Louis Suite" is a panoramic musical triumph. Promised offerings for the coming year include a new session from trombonist Curtis Fuller (Up Jumped Spring), vibraphonist Duane Thamm's Tribute to Hamp, and Morning Song, a new tenor, tuba and drums trio from AACM tenor man Kalaparush Maurice McIntyre. If the past 50 years is any indication, the future is indeed in good hands.