By BRUCE LINDSAY
December 13, 2014
Sign in to view read count 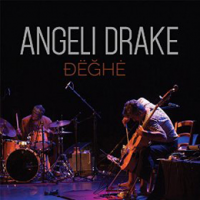 Sardinian guitarist Paolo Angeli and American percussionist Hamid Drake first performed together in the early 21st century, releasing debut album Uotha (Nubop) in 2005. The duo's second release, Deghe, was recorded live at the 2013 Festival Isole che Parlano in Sardinia. The players each have a long-established reputation in improvisation and free jazz—previous collaborations include Drake's work with Ken Vandermark and Angeli's with Fred Frith. Together on this beautifully-recorded album the two men interact with energy and imagination.

Angeli plays the prepared Sardinian guitar, an instrument which in terms of appearance and playing position bears a closer resemblance to the cello than to the acoustic guitar. For the most part Angeli plucks the strings, playing chords or single note runs with equal skill—but he's also a master of arco playing. The complex arrangement of strings, hammers, pedals and variable speed e-bow-like devices gives this prepared guitar a range of sonic possibilities that extend well beyond those of the usual six-string instrument.

The combination of drums and guitar gives the duo an even wider tonal and emotional range. On "Transiti" and "Spargiani" Drake's hard-hitting kit drum gives an urgency and drive which Angeli responds to with equal power and vibrancy. On "Raffia" Angeli's complex mix of bass rhythms and swift, sure-fingered, melodic lines combine the sounds of rock, North African and Iberian musics over Drake's pile-driving percussion. Drake's drumming (which sounds as if he's playing with his hands, rather than sticks) immediately sets up the relaxed yet swinging mood on Angeli's "Primavera Araba"—his approach complementing the composer's own playing and plaintive, higher register, vocal.

"Joga," written by Björk, draws out Angeli's folk heritage, his melody lines mixing pizzicato and arco playing and sounding like a duet between guitar and viola. The track segues seamlessly into "Scampoli Di Corsica," whose shifting rhythms and tempos gradually give way to Angeli's whistling and singing, underpinned by Drake's spiky drumming. The album's centerpiece is Drake's "The Many Faces Of The Beloved." It's a strong, soulful, performance from Angeli and Drake, capturing a commitment and intensity of spirit that characterizes the music to be heard on Deghe. 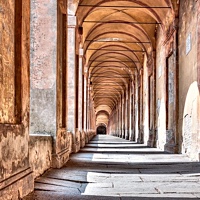