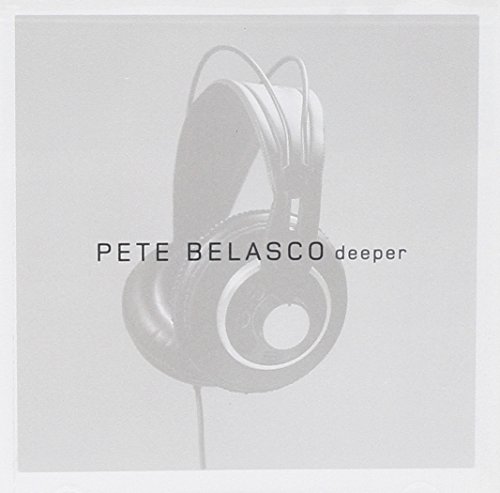 Pete Belasco has created the perfect smooth-jazz-with-vocals CD: The vocals aren’t strategically sprinkled amid instrumental tunes to attract the coveted wider demographic. Anyway, most of these attempts to grab ears inevitably fail and are as unwelcome as a deadbeat relative in the spare bedroom.

Belasco’s feathery falsetto is what the CD’s all about, and every vocal track is hit-worthy. Heck—and this is almost unfair—he can also play sax like the devil, deep and resonating, as well as holding his own on keyboards, vibes, drums and bass. Belasco tips his hat to idols Curtis Mayfield, Marvin Gaye (especially on “Fool’s World") and the Isley Brothers on the liner notes, and while it may be tempting to think of Deeper as derivative, that would miss the point. It’s more of an homage to smooth ‘70s soul, which Belasco makes his own with provocative and endearing lyrics.

Rather than mixing tempos and moods, Belasco makes the right decision in sticking to a lovers-by-the-fireplace setting, steering the overall vibe toward an hour-long trip into slow-is-good foreplay. Whether urging to look “Deeper” in the world around us or seducing us with “Hurry Hurry,” Belasco pens lyrics that mean something, even it’s just about plain ‘ol love and stuff. If “I’ll Come to You”—even with its industry nudge-nudges with refrains of “smooth sounds” and “Quiet Storm”—doesn’t get you in the mood...

Belasco doesn’t forget his sax, as several cuts are instrumentals. Well, “Crazy” has computerized vocals, but it’s instrumental in spirit, with Belasco’s sexy sax and JK’s wah-wah guitar. Belasco’s a family man, and he names two songs for his daughters, “Nia” and the lullaby “Zoe.” Sorry ladies, he also sings lovingly to his wife in “Wonderful Woman.”

Deeper never falters, sticks to a theme and balances commercialism with artistic expression.