Deep Down and Dirty with Sorrento Jazz 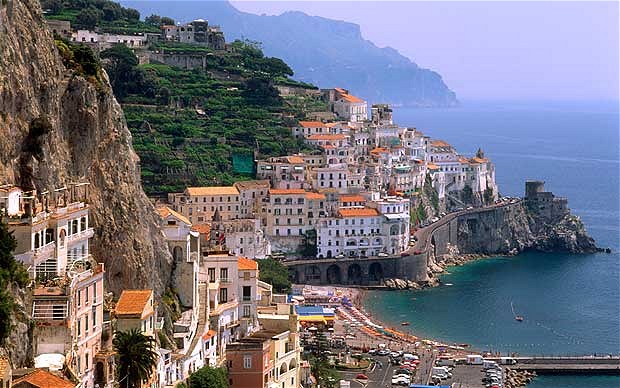 By SAMMY STEIN
August 12, 2012
Sign in to view read count
Italy is steeped in culture. It has been the seat of awesome and terrible power and fallen into deep poverty; it is the country which saw the expansion of arts, opera and composition. Theories of the origins of the Universe have been developed by its scholars and its architecture shows the influence of many different hands, from Moorish hints in the south to the vast modern piazzas and linear streets of the northern cities. It is a country of contrasts in the wealth of the regions, the diversity of its food and the warmth of its people. There is unrest, with the north looking down its Roman nose at the south with its deepening social problems, more poverty and, some would say, less cultured outlook. However, here in the southern part of the country is where you meet Italy head-to-head. Here, Italy breathes faster, moves ponderously during daytime, largely due to the relentless heat, but faster by night—and here also beats the throbbing heart of Italian jazz.

The jazz scene in southern Italy is one of contrasts, and Sorrento is a city where the contrasts show more vividly, more colorfully and more noisily than anywhere else. Here is where you can find jazz of two extremes (and much in between). Here, there is modern, streamlined jazz, presented in pristine hotel bars where drinks cost E 8.50 for 330cl of pale cold beer and guests sit facing out to sea on balconies of hotels set within vast and carefully manicured grounds—floral, beautiful, yet somehow sterile. The music at these venues is preset, preprogrammed and lack soul. It is music for the tourists with their money, their standards in taste and expectations. "Cocktail jazz"—consisting of a keyboard player and an accompanying saxophonist—is the standard setup in many five-star hotels. You get the distinct feeling that you are experiencing the sort of jazz shared by many thousands of customers in many hundreds of hotels, up and down the country.

However, listen closely and in the background and there beats a different rhythm; a beat filled with sweet, heaving emotion, where music pours into the streets from wandering bands. Leave the cool balconies of the sea front hotels and listen. Follow the sound into the streets and you will find something special, something which can only thrive in areas where music is a main form of expression. Go where a liter of cool beer costs E3, the price of a gig is a donation, and taking part in loud conversation is obligatory. Feel the heat away from the air conditioner and listen with your heart.

Twice or three times a week, a little magic happens in Sorrento. Walk away from the seafront with its bathing platforms, away from the tourist shops, pizzerias and restaurants lining the front and down into the seething streets of Sorrento at night. The streets heave with tourists and locals; all ages, all types are there, enjoying the relative cool of the evening and social interaction which Italians treasure so much. The air is scented with a mix of lemons (from which limoncello, a local liqueur, is made), oranges (which hang from the trees), oleander flowers and that intoxicating smell of people in hot places—a human scent, not unpleasant but not pleasant either. Noisy conversation takes place and the streets become a hive of activity. Into this, add the best street jazz band in Italy and the evening becomes almost perfect.

The members of the Michele Imoleano Band are ordinary-looking people and individually, nothing strikes the eye to make them stand out from the crowd. Together, however, they are transformed into one of the strongest, sweetest and most inspirational bands ever to venture forth on Italian streets.

The double bassist lays down a meaningful and irregular beat, the percussionist plays anything she can lay her hands on, and the guitarist and accordionist fill in with the richest cords and underpinning rhythms. The clarinetist then slowly lifts his instrument, holding it almost straight up from his mouth and begins to play. He unleashes music which makes even the most hardened cynic of nomadic street players stop in their tracks.

Tunes and riffs flow, unite, are torn apart and blended together in a well practiced yet somehow magical art. Variations of well-known tunes come and go, and just when you identify a tune it changes, seemingly with no signal at all. Gershwin, Joplin, Bizet, even Beethoven are given the jazz treatment and changed somehow into a sound which is all the band's own.

Exquisite tunes, airs, trifles and playful mixes come in waves and drown one second and lift the next, allowing the enchanted listener to breathe again. Several times, breath is held as the clarinetist lets rip with savage emotive and difficult solos, played as if he was angry with all mankind and then, in a heartbeat makes his instrument sing so sweetly and quietly, you feel it is whispering a tune in your ear, for you alone. The band senses his every change and reduces or increases its volume and beat accordingly.

A small donation and a request just might be granted. I asked for "Summertime" like Albert Ayler (partly to test, partly because I adore it), and just as I thought they had not understood and had begun to walk away, I was stopped in my tracks by the first notes and was treated to version of Gershwin's tune, played in Ayler's style but at a million miles an hour, so it was over in three unbelievably sweet minutes rather than the eight minutes the saxophonist's original. The players, particularly the clarinetist, had little idea of just how good they were and yet seemed to know the effect they had on their audience. The hat goes round again and they move on.

I assumed they played only on a Saturday night but, two nights later, in town late again, I heard a clarinet, played high and fast—and I knew. I followed the sound and found them again. This time I got into conversation—even though we speak very little of each other's language, a picture, permission to use it in articles and an invitation to join them the next night (they asked what I played and were delighted I sang; I did not admit it was some time ago) and meet them in their base of The English Inn in Sorrento high street, where the landlord keeps their cards and instrument cases safe. I was told to go there, get their card for contact and find them nearby (an appointment I was unable to keep due to other events) and we parted as friends. They say music is the food of life and Sorrento is truly blessed. I went to a show, opera and comedy included, cool jazz, mellow cocktail jazz on the terraces of the rich, listened to guitar and mandolins played wonderfully in restaurants (and learned from the musicians that "Come Back To Sorrento" is not a love song, as many think, but a political song, written to get a mayor from the north, who visited and promised to invest in Sorrento, to return and make good on his promise) and it all felt good; not brilliant, but good and rich nonetheless.

Then my soul was awakened in the streets where I really experienced jazz at its mean, raw, base, hot and sweaty best—dirty, perhaps, but in every way, totally free, unfettered and far superior to anything I heard elsewhere for a long time. This is where the heart and soul reside in Italy; it is music of the people. If this is the music of life, I say, play on and on and on...

The People Band with Gina Southgate at The Vortex