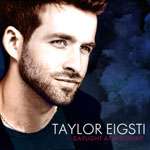 At 26, with two Concord CDs and numerous sideman recordings behind him, Eigsti has finally made the artistic statement he's intended since his career began at the age of 11. Raised on the American songbook, and indoctrinated early into concerns about the continued viability of jazz, Eigsti has always wanted to create new audiences by embracing the favorite material of the iPod generation. In his previous CDs he has covered Hacke Bjorksten and The Gels, as well as recording his own "Fallback Plan Suite," in three movements, on Let it Come to You (Concord, 2008).

With Daylight at Midnight, Eigsti goes even further, not only interpreting contemporary artists like Coldplay, Rufus Wainwright, MuteMath and Imogen Heap, but featuring a vocalist for the first time: the transcendentally pure and soulful Becca Stevens, with whom he wrote two of the songs. He also plays with the instrumentation—adding Fender Rhodes, Rhodes PianoBass, electric piano and Melliotron samples—and mixes the terrific trio tracks (with bassist Harash Rhagavan and drummer Eric Harland) with a duo featuring long-time colleague and friend, the wonderful guitarist Julian Lage.

Eigsti's powerful technique always informs his playing, but on this recording the spotlight is on his musical range. Especially notable is the one solo track ("Secreto"), which is simple and elegant, yet deeply moving—a difficult combination for players of any age. For the rest, however unfamiliar Eigsti's selections may be to a jazz audience, his love for melody and his deep and expanding artistry are always evident. The side effect of introducing jazz to a younger audience is to introduce the, well, more mature audience to the newer material. It works so beautifully both ways that Daylight at Midnight may finally make Taylor Eigsti as widely-known as he deserves to be, as consummate player, composer, and now songwriter and ambassador as well.