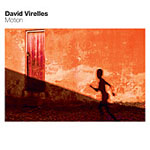 Of all the fine new musicians to come out of Cuba in the last 5 or ten years, one of the most prodigiously talented is the pianist and composer, David Virelles. He began to study music formally at 7 years of age and later enrolled at Estaban Salas Conservatory of Music, Santiago, Cuba. But, much more significantly, Virelles' education included listening to his grandfathers' collection of pianists Bud Powell and Thelonious Monk, saxophonist Charlie Parker, trumpeter Miles Davis and others—the importance of which is often frowned upon or forgotten these days. In 1999, Jane Bunnett, that passionate guardian spirit of Cuban music and its musician, met Virelles. That year he came to Canada to study. One thing led to another and Virelles appeared on Alma de Santiago (Connector/EMI Canada, 2001). He went to Humber College in Toronto and has since studied and played with the likes of reed players Paquito D'Rivera, Bill Holman and the late Michael Brecker.

In 2006, he was part of the Art of Jazz Celebration and shared the stage with such luminaries as singer Sheila Jordan. Recently he came to play for the second time with saxophonist Steve Coleman, one who no doubt was responsible—together with Bunnett—for Virelles' exponential growth as an artist. His debut CD as leader, Motion (Justin Time, 2007), has ample evidence of this.

This is an explosive first outing as leader that any musician could wish for. Eight superbly challenging compositions (seven are by Virelles) and some of the most expert musicians to make the music with—including Mark Turner, who plays his exquisitely dry, and muscular tenor saxophone on three tracks. Then there is the core of the group that features Luis Deniz (alto saxophone), Devon Henderson (bass), Ethan Ardelli (drums) and Luis Obregoso (percussion and chants). Virelles' father, Jose Aquiles, sings with passionate longing on "Labertinos," a song he also wrote for the session.

Virelles' music embraces the harmonic and rhythmic complexities that were born with bebop and these constantly rub together with Cuban music. Sparks fly and the result is a marvelous amalgam of fiery sound that tantalizes in much the same way as saxophonist Wayne Shorter's music does. "Lo Mas Sublime" is an outstanding example. The harmonies shift together with the rhythmic base of the piece and here Virelles succeeds in creating a new harmonic vocabulary that emerges as if by magic from the melody that is constantly implied through rhythmic invention. Virelles' solo and one by Mark Turner tower above the architecture of the song. It is almost Coltranesque!

"Mercedes," Virelles' musical tribute to his mother, a fine symphonic flautist, is deeply introspective and as tender a ballad that you will ever hear this side of a Cuban sunset. Its melody features a structural descent in its tonal palette that is awash with Turner's magnificent playing off that melody as he and Virelles swap choruses. Intertwined with Deniz's alto saxophone, the music reaches Ellingtonian proportions in its tonal color and texture.

On "Labertinos," after a superb pianistic statement of the melodic and harmonic invention, Virelles' father Aquiles' voice soars with a combination of mystic beauty as both question the labyrinthine nature of human existence. But lest it seem that the music is all cerebral, it bears mention that it is impossible to keep one's feet from tapping to the ever-changing rhythms—"Son" and "Sueno" are typical—before you are returned to an epic narrative, "Patakin," that also features Celso Machado's gimbri and idiosyncratic vocal, before launching into a spectacular (Yoruban) musical expedition into the heart of the "story of the gods," once again featuring Turner's magnificent tenor exchanging harmonic narration for the melodic adventure of Virelles' piano.