David Helbock: Inside & Outside the Piano 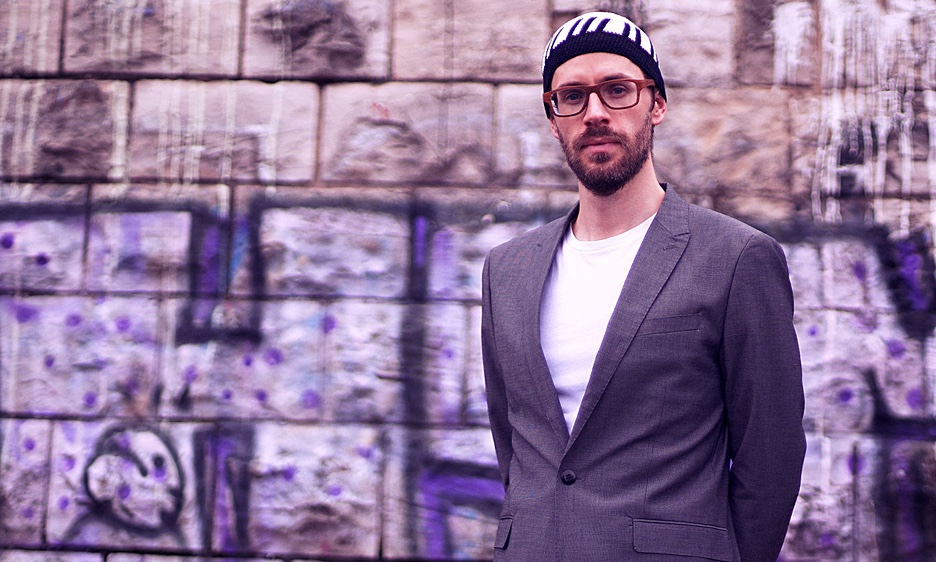 By MARK SULLIVAN
March 22, 2019
Sign in to view read count
Austrian pianist/composer David Helbock was born in 1984, and began playing the piano at the age of six. He studied at the Feldkirch Conservatory with Prof. Ferenc Bognar, where he finished in 2005 with an "excellent" degree in performance and since 2000 took lessons with the New York jazz pianist Peter Madsen, who became his teacher, mentor and friend. Awards include the audience prize at the world's biggest jazz-piano-solo competition of the Jazzfestival Montreux, and the most important prize in Austria in 2011: the "Outstanding Artist Award."

David Helblock: My father is a musician as well, so I somehow grew into it. At home always great music from jazz to classical to world music was played, as my father is also a big record collector. Later I first studied at a local music school in Feldkirch (western Austria): I started playing piano when I was six.

AAJ: Having started playing piano at such a young age, what music were you learning, and when did you become interested in jazz? What triggered your interest?

DH: I had a really nice and open piano teacher from Mexico. I even think back then, when I first visited the music school with my father and looked at all the different instruments—I more chose her then chose the piano. We played all kinds of music—of course classical like Mozart and Bach, but also modern music like rock piano, Beatles songs... The first jazz concert I attended (also with my father) was the Zawinul Syndicate (keyboardist/composer Joe Zawinul's band post-Weather Report). That definitely triggered my interest and then later when I was 11, I started taking lessons at the Jazzseminar Dornbirn, a music school focused on jazz in the local area. And when I was around 16, Peter Madsen (who has played with musicians like Stan Getz, Fred Wesley and Mario Pavone) moved to Austria from New York and became my teacher, mentor and friend.

AAJ: What musicians and styles have been most influential in your development, as pianist and composer?

DH: There are many. Of course first I have to mention my long-term teacher and mentor Peter Madsen, as he showed me most of the different music. Also in terms of musicians and styles—I'm pretty addictive—so for half a year or so I listen to one person and try to get everything I can from that musician, but then often I leave them alone again and go to the next one. When I think about it, there are only a few that I come back to over and over and that stayed with me in my life so far. I would definitely say Béla Bartók, Thelonious Monk, Hermeto Pascoal, Mario Pavone and Prince.

AAJ: What are some of your favorite albums?

AAJ: Your recordings and concerts are split between three projects: The David Helbock Trio, David Helbock's Random/Control, and solo piano. How do you manage to keep all these musical activities going? How do you pick the cover material from other composers?

DH: Yes, at the moment these are my most working projects. But I also would mention more: my duo with the the Vienna trumpet player Lorenz Raab, or a quartet with singer Filippa Gojo, tuba player Johannes Bär and drummer Bodek Janke. Or another quartet with me playing keyboards and Peter Madsen playing piano, called Mistura. But these projects only play once in a while. At the moment I´m mainly on tour (playing over 100 concerts in the last year) with my band David Helbock´s Random/Control.

I´m a musician that really likes to think from one project to the next, from one album to the next. So whatever is my latest CD released, that's the project I'm focusing on for 150%.

In 2018 Tour d´Horizon with Random/Control was released (that's why I´m touring with them at the moment) and in 2016 I released Into the Mystic with my trio with bass ukulele (Raphael Preuschl) and drums (Reinhold Schmolzer). In 2016/17 we played hundreds of concerts with that trio: at the moment not so much, but I'm sure it will come back again with a new CD.

I already mentioned that I did a compositional project in 2009 where I wrote one tune every day for a whole year and later published My Personal Real Book with over 600 pages of original music. But also since then I have been composing a lot—so I have hundreds of pieces that have never been played. That's why, if I choose cover material instead of my own songs, there has to be a good reason and I must have a very emotional connection to that music. Mostly it´s music I choose that accompanied me my whole life. So I did a Prince cover CD Purple (Traumton Records, 2013) or one with the music of Thelonious Monk and Hermeto Pascoal: Think of Two (Traumton Records, 2014).

Also my latest CD is a cover CD with famous jazz tunes that I have a strong emotional relationship to: Tour d´Horizon (ACT Music, 2018) It contains pieces like "My Song" by Keith Jarrett (which was probably the song I first heard in my life as a baby—as my mother also loved the music) or "Watermelon Man" by Herbie Hancock, which was the first music I bought myself as a teenager.

AAJ: Random/Control (with Johannes Bär, tuba, percussion; and Andreas Broger , saxophone) has an unusual instrumentation, but it has been a continuing project. How did this group get started?

DH: We are all from western Austria, and have known each other for a long time. I have been to school with Johannes when we both were 15. So it's not only a band, but also a long friendship. Johannes started playing as a classical trumpet player but then also got more and more into tuba. Back then (2009) I really loved the idea of having a trio with a lot of instruments (Johannes plays tuba, sousaphone, baritone horn, bass trumpet, trombone, trumpet, beatbox, percussion, didgeridoo and more) and we then asked Andreas Broger (who plays all the saxophones, clarinets, and flutes). I was very challenged to also write and arrange for this ensemble and we somewhat had to start at zero—as there is not big history to start from as when you for example play a normal trio with bass/drums. So we somehow developed a real unique band sound over the years and are still going now 10 years later.

AAJ: Your regular piano trio features a bass ukulele in the bass slot: another unusual instrument choice. How did this come about?

DH: I like to use the inside of the piano a lot. I studied that with Peter (who had a more improvisational approach to it) and also with a teacher at the conservatory, who was actually friends with composer George Crumb and developed some of these inside piano techniques. One of this techniques is just to mute some strings with my hand: and then I get a percussive, muted sound, which I like to use a lot. When I heard the bass ukulele the first time, I thought that this is somehow similar—a very percussive, muted sound—somewhere between a double bass and an electric bass. So I thought that would fit my percussive playing quite well.

There are a lot of bass players that use it a little bit on the side, but Raphael Preuschl from Vienna is one of the few that really plays it: so we started this trio. On the CD Into The Mystic (ACT Music, 2016) he was still playing a 4-string Kala U-Bass ukulele but now he has a new one with 5 strings especially built for him, which allows him also to play higher melodies and solos, and I think that helps the trio sound as well.

AAJ: What do you consider the highlights of your career?

DH: One highlight is for sure: My Personal Real Book (365 compositions I wrote: one each day for a whole year). In terms of recordings—I have recorded over 15 albums as a leader already—but for sure the 2016 signing with the label ACT Music was a highlight (or another step that brought me more attention). So far, I released two CDs with them and one more is coming in September. Another more personal highlight was meeting Hermeto Pascoal for the first time and also that he then later recorded one tune for my CD Think of Two (Traumton Records, 2014).

AAJ: What are your future plans?

DH: In September 2019 I will release a new CD on ACT. This time a solo piano CD where I revisited the film music of my youth: I´m playing the great music of [film composer] John Williams.