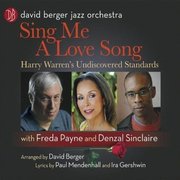 
If composer Harry Warren is remembered at all, it is for such blockbuster hits from the 1940s as "Chattanooga Choo-Choo" (the country's first million-selling record), "I've Got a Gal in Kalamazoo" and "You'll Never Know" (one of Warren's three Academy-Award winning songs; he also won for "Lullaby of Broadway" and "On the Atchison, Topeka and the Santa Fe"). But that merely scratches the surface of Warren's prodigious talent. He wrote many hundreds of songs, a number of which are still being heard today in various genres. Here's a partial list: There Will Never Be Another You / Jeepers Creepers / September in the Rain / Lulu's Back in Town / That's Amore / You're Getting to Be a Habit with Me / I Wish I Knew / Serenade in Blue / The More I See You / I Only Have Eyes for You / We're in the Money / This Is Always / 42nd Street / I'm an Old Cowhand / Cheerful Little Earful / I Know Why / You're My Everything / No Love, No Nothin' / I'll String Along with You / You Must Have Been a Beautiful Baby / Boulevard of Broken Dreams / At Last / My Heart Tells Me.

That's not bad for starters. Chances are most music-lovers have hummed these songs for years with nary a clue as to who wrote them, as Warren, in spite of his great success, remained for the most part an unknown quantity, laboring anonymously in the Hollywood studios. As he once remarked, only partially in jest, "Even my friends don't know who I am." Warren's songs, on the other hand, have brightened many pages in the Great American Songbook. Those already named have stood the test of time to become what are known as standards. Others, however, have not. Enter David Berger, a bandleader and music historian who takes pleasure in unearthing overlooked treasures and sharing them with a new listening audience, as he does on Sing Me a Love Song: Harry Warren's Undiscovered Standards.

To carry out his plan, Berger has chosen ten of Warren's lesser-known compositions and placed them in the capable hands of his Jazz Orchestra and vocalists Freda Payne and Denzal Sinclaire. Half of the songs are presented twice, in vocal and instrumental versions. The lyrics are by Ira Gershwin (seven) and Paul Mendenhall (three). The melodies are charming—one would expect no less from Warren—but the lyrics are less than persuasive, and in the end that is what separates the standards from the also-rans. In his heyday, Warren collaborated with such celebrated lyricists as Al Dubin, Mack Gordon, Johnny Mercer, Sammy Cahn, Ted Koehler, Cleophus Robinson, Johnny Burke, Dorothy Fields and others, most of whom had a hand in taking Warren's tunes and adding the special ingredient that raised them above the tumult of competing songs and into the realm of the standard. That is to say, the lyrics. There are, perhaps, none here that could plausibly be envisioned as part of the standard lexicon. Even though pleasant enough, they lack that indefinable something that separates the champions from the also-rans. Ira Gershwin, whose lyrics enhanced many a song by brother George and others, fails to deliver here.

That is not to say that the album as a whole is less than admirable, only that it is unlikely to enlarge Warren's already sizeable catalogue of standards. In spite of their best efforts, what Berger and his colleagues seem to have confirmed is that it is all but impossible to recreate and preserve a bygone era, one in which songsmiths were noblemen and the American popular song was king. Considered on its own merits, however, Sing Me a Love Song is a delightful album, one that is well worth hearing and appreciating, "undiscovered standards" or no. 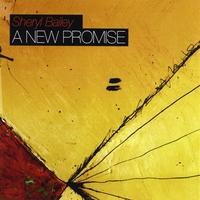