David Baker: A Legacy in Music

By MONIKA HERZIG
October 25, 2011
Sign in to view read count
This article appears in Chapter 2 "A Star is Born" of David Baker: A Legacy in Music by Monika Herzig (Indiana Univ. Press, 2011). 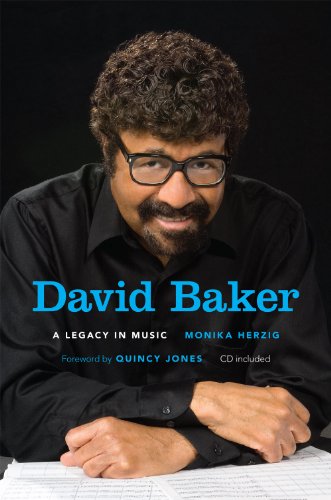 Born in Cincinnati, Ohio, on June 23, 1923, George Russell started out as a drummer and soon entered the New York jazz scene.32 Bouts of tuberculosis kept him for extended periods in hospitals, where he developed much of the framework for his Lydian Chromatic Concept. The 1953 pamphlet grew into the quintessential jazz theory approach and became the inspiration for Miles Davis's foray into modal jazz, as well as codified the chord/scale relationships commonly used for jazz improvisation. After Max Roach replaced him in Benny Carter's band, Russell gave up drumming and focused solely on composition. After launching his career as a composer and bandleader with the 1956 album The Jazz Workshop, Russell was looking for a group willing to learn and perform his intricate compositions, as well as an opportunity to play piano. During the Lenox Summer Workshop, Russell noted Baker's curiosity and interest in composition as well as the high level of knowledge and skill of his Indianapolis colleagues Larry Ridley and Al Kiger. He asked them to be in his band, and they welcomed the opportunity:

That first year was a revelation for me, because I really did start to learn and understand what George was talking about. So when George—at the end of the six weeks, George called me and Kiger and Joe Hunt and David Young in and talked to us and said he was getting ready to form a sextet. Would we like to be a part of his sextet? But he had first said he was going to do a recording and said we could come up and do the recording with him. He did a recording called Jazz in the Space Age. That was with me and David Young and Al Kiger, because he was using the drummer who used to play with Milt Hinton... Osie Johnson on drums. Bill Evans and Paul Bley were the two piano players, even though neither one of them had big reputations at the time.

Baker's group had a nightly gig at the Topper in Indianapolis, and Russell decided to come out and rehearse with them daily as well as join them on piano for their gigs. The group slowly but surely adapted to Russell's new concept and ideas, and Baker describes the process as an expansion of using colors, meaning different types of scales that have distinctive sounds:

It's hard to verbalize a concept that's so vague as playing freedom, so at first George had to use artificial methods to show us. He would say, "Here are the changes, but instead of playing in this key, move it around to another key, even while the changes are going on at the same level." Then, instead of using chords or some kind of pre-existent idea that we might have had about what we were going to play, he had us use the tune itself-thematic development-what Sonny Rollins and Monk have been doing a long time. Then, it grew into taking any idea to its logical conclusion, irrespective of what's going on in the tune, chords, key or anything.... But though there would be a general chord scheme, we would use the Lydian concept, which would have, say, nine scales. So we could color using this or that scale, each of which has its own implied dictatorial way of playing. But even at that, with nine choices you have considerably more freedom than if you ran the four or five notes in a chord.

The group then went on to record several albums for Riverside and Decca (see discography) as well as appearing at major venues around the country, most notably an extended engagement at New York's Five Spot:

I remember opening night in the Five Spot. George [Russell] had written all of this music and we hadn't perfected it, but we had it under control. I remember looking out and there was J.J. Johnson sitting at one table, John Coltrane with one leg against the wall was eating a box of Sunkist raisins, Miles Davis was there, you name it, not because of us but because of George Russell. We were so busy trying to play this difficult music that we couldn't really think about who was watching us, but we also had the advantage of them not knowing exactly what we were trying to do!

So one night I looked up when I'd finished playing a solo and I opened my eyes and Monk is standing 20 feet from me with his hat on and his arms crossed and when I came off stage he said, "You do look a little like me." Somebody had told him that we looked alike. This was 1959. I didn't see Monk again until 1964. I was with Jamey Aebersold and we were in Cincinnati and we were down in the ballpark in the warm-up rooms. I hear a gasp and I look around and there's Monk and he walked up to me and said, "But you're uglier than I am." And I thought, "This is so out. This conversation started five years ago."

Several of David Baker's compositions were included on George Russell's recordings, such as "Kentucky Oysters," "War Gewesen," "Honesty," "Lunacy," and "121 Bank Street." The success with the group and the recognition of Baker's artistry culminated in the New Star Award from DownBeat Magazine in 1962, shared with his childhood friend and fellow trombonist Slide Hampton. Another lifelong friendship evolved during this period as Baker was a member of Quincy Jones's big band during their European tour in 1960. In fact, exactly fifty years after making music together, Baker initiated the awarding of an honorary doctorate by the Indiana University Jacobs School of Music to Quincy Jones, where Jones also addressed the class of 2010 with a most memorable commencement speech. This specific tour in 1960 ended Jones's extended stay in Paris where he studied with Nadia Boulanger, leaving the bandleader deeply in debt and ready to accept a job offer from Mercury Records as musical director. Baker brought along the arrangement of his tune "Screamin' Meemies" for the tour, and it became part of the nightly performance repertoire. He shares some tour memories:

You couldn't take the money out of the country. So you could buy anything you wanted to, but you were not allowed to take any money out of the country. This was still a rough time. And so consequently you could make enough money to do what you needed to do but any exchange of that money stayed in wherever we were. And so we were, as Quincy said, broker than the Ten Commandments.

Baker shared a newspaper article from Switzerland, where the reporter noted that the band started an impromptu jam session on the train to the delight of the fellow passengers. An invitation to a skiing trip in the Alps didn't work out very well though, since the musicians were not dressed for the occasion and had never skied in their lives.