By DOUG COLLETTE
October 19, 2014
Sign in to view read count
The story of the Grateful Dead may be the most fascinating in the history of rock and roll, the chapter dealing with the archiving of their live recordings perhaps the most absorbing of all, if only because it continues to be written with the ongoing release of various projects from various stages of the iconic band's career. Under the tutelage of current archive chief David Lemieux, his quarterly series of concert pieces unearths stellar performances that illustrate the changes the Dead underwent in their three decades of existence. Lemieux and his team of researchers also devote themselves to the focused exhumation of particularly enlightening periods of the group's concert activity, presenting them with astute attention to detail in packaging and production combined with the passion of the truly devoted fan. 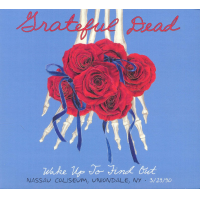 An excerpt from, Spring 1990(The Other One) (Grateful Dead/Rhino, 2014) the hefty second installment capturing the entirety of the tour often touted as the last consistently high-level performances by the Grateful Dead, these three-CD's include the entire performance from the second night at Nassau Coliseum, most notable for the sit-in from Bradford Marsalis: beginning late in the first set with "Bird Song" and continuing throughout the remainder of the performance; the pinnacle of the spontaneous collaboration is a take on "Eyes of the World" where the saxophonist aids in opening up the airy combination of melody and rhythm to its furthest extent. A clear depiction of how democratic the Dead had become as a performing band, this concert also offers confirmation of the various contributions Brent Mydland brought to the group during his decade-plus tenure with the iconic band; as vocalist, songwriter and keyboardist (in the latter role successor to Ron "Pigpen" McKernan and Keith Godchaux) inspired the other members of the band, particularly guitarist Jerry Garcia, in such a way that, in terms of material and improvisation, the Grateful Dead aged with grace and dignity up to this point in their career. The mixing of Jeffrey Norman and HDCD mastering by David Glasser clarifies details of the musicianship to the point the absence of additional historical content the likes of which usually graces such packages is unnecessary: the music speaks volumes for itself to the extent such insertions here would be definitely superfluous. 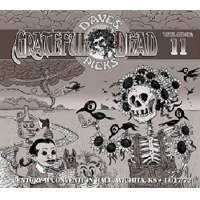 Arguments abound for the early to mid Seventies as the most fruitful creative period in Grateful Dead history and this title supports that point of view—one further supported by the release of the entire tour as Europe '72 The Complete Recordings (Rhino 2011). Originally approved for release by Dick Latvia, the archivist who began the now famous 'Dick's Picks' series of concert releases, this sole appearance of the band in this Midwestern stronghold—emblematized by 'Wizard of Oz' iconography in the black and white cover art—captures the band at what might be described as their most versatile juncture of their career: not only had the germination of brilliant original material becomes staples in their repertoire, but the sextet had honed the dexterity to handle the structure of tunes like "Uncle John's Band" (including fairly sharp harmony vocals)without sacrificing their inimitable ability to improvise to great lengths. The inclusion of bonus content in addition to the complete Ventura Convention Hall show, a recurring carryover feature of this archive project, effectively reaffirms the Dead's collective trust in the spontaneity of the moment by offering an expansive show close that mirrors that of the main recording.

Wake Up to Find Out