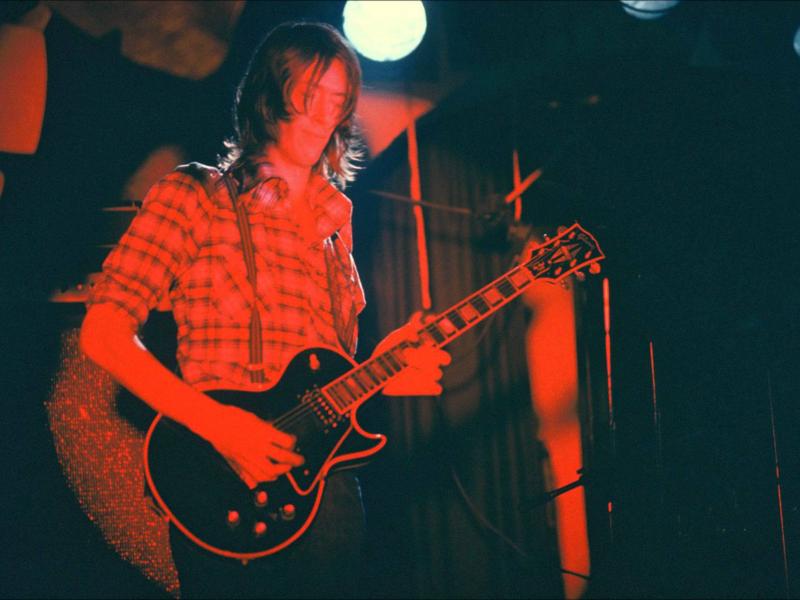 By JACK GOLD-MOLINA
April 5, 2015
Sign in to view read count
Born March 30, 1950 in Birmingham, England, Dave Ball began playing guitar at the age of 13, and, at the age of 15, left school to pursue music professionally. Two years later, in 1967, he formed the band Ideal Milk with his brother Denny, who played bass, and drummer Cozy Powell, recording a blazing set of music for the BBC. This band spent countless hours jamming together, including playing gigs at the Elbow Room in Birmingham City with close friends John Bonham and Robert Plant, prior to the formation of Led Zeppelin.

In 1968, vocalist Ace Kefford joined the group to form The Ace Kefford Stand, with a hard-hitting backline that is known for producing a cover of the Yardbirds' "For Your Love." While the band had obvious musical potential to anyone within listening range, the single was hated by both the original writer Graham Gouldman and by BBC Radio 1's Pete Murray who voted it the worst record he had ever heard, and stated that the only redeeming feature was the hole in the middle. One memorable performance saw Powell borrowing some of Mitch Mitchell's drum equipment to add to his own kit for his first gig playing two bass drums, and Ball using two of Jimi Hendrix's guitars.

Musical differences and a bad manager led to Kefford leaving, and, in 1969 following the release of "For Your Love," the trio of Dave and Denny Ball and Cozy Powell continued on under the name Big Bertha with Dave McTavish joining the group on lead vocals and a third brother, Pete Ball, playing keyboards. The group released two singles, "The World's An Apple" backed with "Gravy Booby Jamm" in 1969 (with Ace Kefford on vocals, per contractual obligation) and "Munich City" backed with "Funky Woman" in 1970. The trio of Powell and Dave and Denny Ball did a tour of Germany, and one of the shows was released in 1999 on the CD entitled Big Bertha Live In Hamburg.

Big Bertha disbanded in 1971, and Ball did session work with such artists as Donovan and Jonathan King until joining Procol Harum as Robin Trower's replacement that same year. He played guitar on the band's second most successful single, "Conquistador," from the 1972 release Procol Harum Live With The Edmonton Symphony Orchestra. It was their first album to go gold, and Ball stayed for tours of Europe and the United States until leaving in 1972.

In 1973 he rejoined Powell and brother Denny to form Bedlam, recruiting Frank Aiello on vocals. A powerhouse of a band on its way to realizing its full potential, their self-titled first album was produced by Felix Pappalardi for Chrysalis Records. After a series of shows in Europe and the UK, they did a successful tour of the United States opening for Black Sabbath, including a performance on the Midnight Special TV show. In 1974, however, due to disagreements with management about their musical direction, Bedlam disintegrated. Their intense energy and unparalleled musicianship has been captured on the 1999 Anthology and 2003 Live In London CD releases, both produced by Denny Ball.

After the demise of Bedlam, Ball got out of the music business and pursued his many other talents. Although he returned to doing session work in 1980, he had multiple careers including serving in the British and Australian armed forces, and working as a police officer, seaman, martial arts instructor, banker, artist, IT specialist, and university lecturer. He also lived in the United Kingdom, Germany, America, Australia, and New Zealand. Following a two-year battle with bowel cancer, Ball passed away on April 1, leaving behind a musical legacy rooted in excellence.