By R.J. DELUKE
December 9, 2008
Sign in to view read count
AAJ: Some musicians are afraid of offering free downloads, but you've been doing that to your advantage.

DJA: In the Internet era, the question isn't: Are people going to pay for my music. The question is: Everything is out there pretty much for free. How do I get people to listen to the free music that I'm giving away, as opposed to the free music that everybody else is giving away. The idea that you can bottle everything up and prevent people from accessing it unless they pay for it—that idea will not fly anymore.

What I've tried to do is that pretty much everything that we've played, I've recorded and put up a live recording on our website for free for people to download. The idea is that it really doesn't cost me anything to do that. I have a little digital machine that I use to record it, transfer it to the computer and put it up on the Internet. The idea of this is an enticement for people to listen to the group and maybe follow it and come out to some gigs. Hopefully if they like this, they will enjoy the studio recording and might be willing to pay for that when it becomes available.

Anyone who doesn't have their material on the Internet, at least for streaming purposes these days, is going to be left in the dust. I'm excited about these possibilities. It gives a chance for people all over the world, who will never be able to come out to hear the band live, to hear it. Years before we were in the position to make a studio recording there were people in Japan and Australia listening to this band. I can't think of anything better from a composer's point of view than to have that kind of distribution for your music.

The unfamiliar is always going to be scary to some people. Just because it's scary doesn't mean you shouldn't face up to the reality of it. You're not going to be able to change the technology, regardless of your attitude toward it. So the question is: Here's the reality; how do I navigate the unchartered waters. 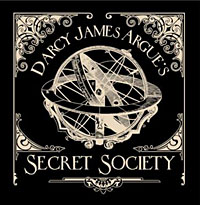 AAJ: On Infernal Machines, will there be new music people haven't heard?

DJA: At the Jazz Gallery in December, I'm very fortunate to be part of the Jazz Gallery's Large Ensemble Commissioning Series, along side some of my favorite composers like Sherisse Rogers, Pedro Giraudo and David Binney and John Ellis. I'll be composing some new music for that concert. Some of that music is definitely going to make its way onto the record, along with a lot of our existing compositions.

ADVERTISEMENT
It was very difficult to try and narrow it down to exactly what we were going to do on the record. There's a lot more material than can possibly fit on the CD or that we have time to record. I think I've finally got the tune selection narrowed down. But there will definitely be some new music alongside some of the stuff we've been doing at our gigs.

AAJ: When will the CD be done?

DJA: One of the great things about a label like New Amsterdam is that because they are a young, upstart label, they are flexible in terms of the turnaround time. A lot of people record, then it's over a year before it sees the light of day. This is all going to be done very quickly,.

We'll be recording in December. We'll be mixing and mastering in January and February. The actual release date is going to be early May. There is actually going to be a New Amsterdam marathon, a three-day festival at Galapagos (Art Space in New York City) and our CD release party is going to be a part of that, which I'm excited about. It's a privilege to be on a label like New Amsterdam with so many of my favorite New York players who also have releases on that label, including Sam Sadigursky, who plays in our band. It's been a good experience.

AAJ: I know your elbows deep in this project, but what about future goals?

DJA: It seems almost impossible to imagine, but I would love for this band to be self-sustaining. I would love for me to be able to work on Secret Society music all the time and be able to take the band out on the road and focus my attention 100 percent on composing for the group. This is the biggest challenge for any musician in the 21st century is time management, especially when it comes to work that's going to pay the bills versus work you are artistically and personally committed to and is meaningful. At some point, perhaps in the distant future, I would love to be able to focus my attention on this band full time.

All Other Photos: Lindsay Beyerstein