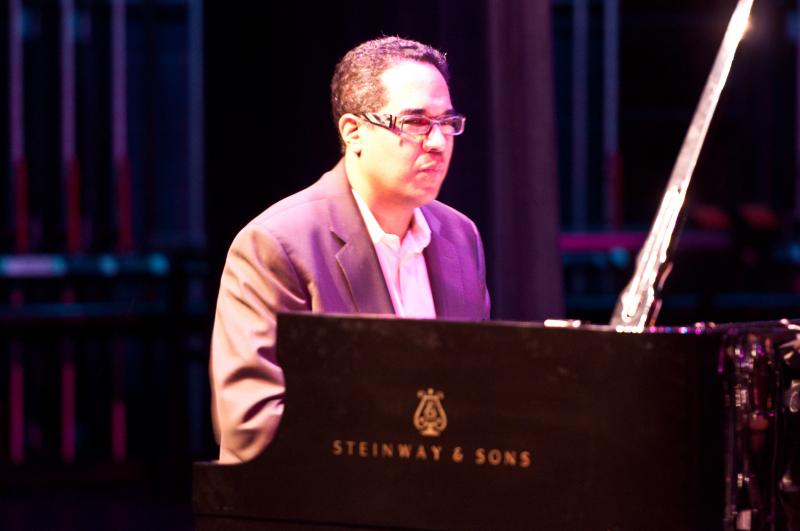 Thelonious Monk was a remarkable figure, and his music continues well beyond his lifetime to influence musicians on many levels. Truly "An American Original," as the subtitle of Robin D.G. Kelley's definitive biography calls him, he took stride piano, bebop, gospel, and other influences and wove them into a mix that was all his own, repeatedly inventing new forms and phrases that often defy analysis. His off-center syncopation was a trademark of his playing. As the late Paul Desmond once said, "Thelonious Monk plays at an angle, and it's the right angle!" Monk composed many tunes that have become jazz standards, and his music deserves periodic reconsideration and reflection.

In 1996, pianist Danilo Pérez made a unique CD called PanaMonk (GRP), which consisted of trio versions of Monk tunes, and others interpreted with Monk in mind. The album title and approach reflected Perez's Panamanian origins and his involvement in various Latin formats, integrated with bebop and hard bop idioms, including his seminal work with Dizzy Gillespie. A five-star album that possessed its own inner beauty combined with many references to Monk, it was nevertheless conservative in its intent, more Perez than Monk in many respects.

In concert, 14 years later, and with considerable hindsight, Perez and his trio—bassist John Patitucci and drummer Terri Lyne Carrington (who was on the album)—pulled out all the stops and went all out with Monk's idioms. A true tour de force, it was as if Monk was standing in the wings, doing his rotating dance, and frequently hooking the players into his Sphere (the pianist's middle name). The playing was remarkably coordinated and inventive, as if these musicians constantly worked with one another (which they don't—they are independent practitioners), rivaling the celebrated Keith Jarrett Trio in brilliance and depth of performance. As a result, they received two well-earned standing ovations, at the completion of their set and after the encores.

The program notes well summarized Perez's approach to Monk: "Perez is more of a horizontal line bebop player than Monk, celebrating his compositions through a seemingly-unlimited rhythmic and harmonic palette. His third CD, Panamonk, demonstrates his flexibility in searching for the heart of these dense structures..." The trio's Kimmel Center performance had much more Monk than did the CD. This was in early evidence in Perez's on-the-mark capture of Monk's syncopation, which he periodically inserted into his playing. Exactitude, a Monk hallmark, is a rarity in this respect, and Perez clearly got it. That, in itself was exciting; but then, within his own virtuosity, Perez incorporated all sorts of Monkisms, giving a colorful, at times exotic, quality to his playing that was enrapturing—even occasionally resorting to right hand elbow clusters and, at one point, plucking the piano strings. 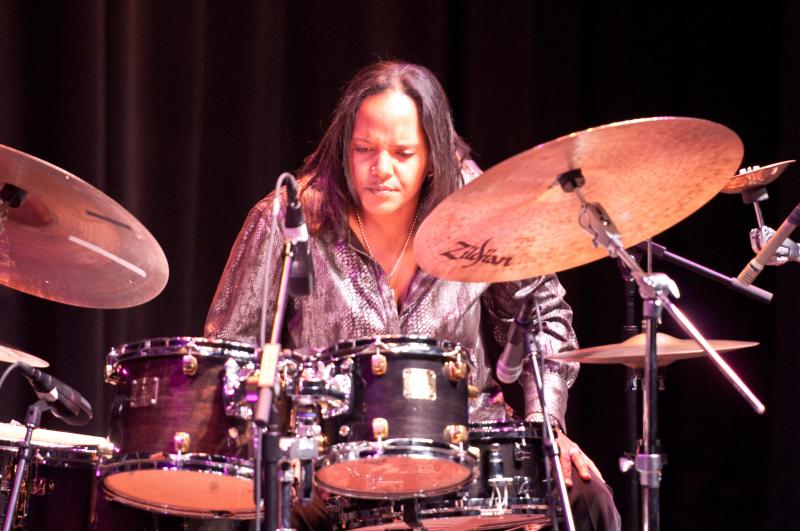 Like Monk, Perez let his sidemen do their thing, and the blend was stunning. At various times in his career, Monk brought in players as diverse as saxophonists Phil Woods, Charlie Rouse, Gerry Mulligan, John Coltrane and Sonny Rollins. Each of Monk's co-musicians could play in their own style and yet fit in seamlessly with Monk, pointing to the universality in his overtly idiosyncratic approach. Here, Patitucci and Carrington's respective idioms shone through brilliantly and forcefully. Patitucci's tone on acoustic bass was incomparable, especially during bowed sequences, and Carrington simply wailed on her drums. Both were highly inventive and never had to adjust their playing for Perez, making for a superb trio feeling in the tradition of giving the sidemen as much room as the leader.

The first set began with Monk's "Misterioso," as Patitucci's bowed bass complemented Perez's laidback intro, done with the hard, repetitive left hand strides that characterized Monk, as well as Erroll Garner. Right from the start, the group employed complex rhythmic structures, at one point synching three distinct rhythmic pulses. "Monk's Dream" reflected a very Monkish style, while adding many phrases of straight ahead bebop and hard bop; and elsewhere, Monk's unique syncopation, which Perez replicated to perfection. This was followed by a medley of "Ask Me Now" and "Pannonica."

"Reflections" was followed by the set's concluding tune, "Bright Mississippi," where Monk adapted the chord structure of "Sweet Georgia Brown." In Perez's hands, the piece was done with a Latin flair, incorporating the pianist's "Panamonk" feel. At one point, Perez comped behind solos from Patitucci and Carrington, with brief Monk phrases that could have come from the master himself. 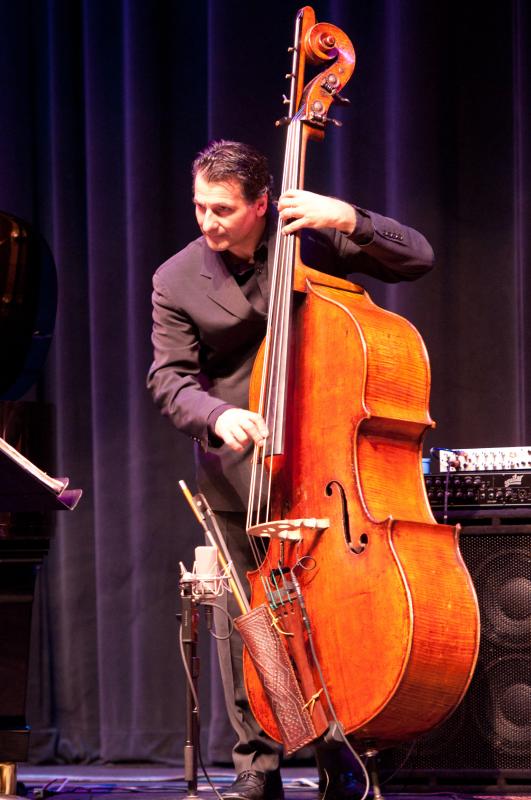 During the post-intermission rap between Perez, Carrington, and Patitucci. Perez pointed out that Carrington started out young, coming up in the so-called Boston drum school that included Roy Haynes and Tony Williams, and working with the likes of Oscar Peterson. Patitucci expressed gratitude for what he had learned in extensive conversations with Perez regarding Latin music (Perez does not like that term, preferring nomenclature like "Afro-Cuban"), noting rhythmic differences between various Caribbean and South American countries that are frequently bypassed by uninitiated players.

Perez indicated that he himself was partly inspired early on by Wynton Marsalis, who insightfully told him that musically, "New Orleans is the northern end of the Latin countries." Perez said, laughing, that, on his first exposure to Monk's music through the auspices of Jon Hendricks, "I didn't like it at all!" But with the help of Monk-inspired Steve Lacy, he grew to love Monk's use of augmented intervals and his ability to write in voices rather than chords.

Following the intermission, the group performed Perez's own "Panamonk," calling it "a very challenging piece," which included frequent shifts into diverse rhythms of both the Latin and straight-ahead variety, and where the influence of Bud Powell and Herbie Hancock could be heard in Perez's playing. "Straight, No Chaser" was brilliantly arranged and performed, while "Round Midnight" consisted of a beautiful piano solo with Bill Evans' impressionist influence shining through, and shades of Oscar Peterson as well. The set ended with "Think of One" and "Ask Me Now," building towards a climactic top-heavy salsa flavor. An encore of "Evidence" and "Four in One" emphasized Monk's stride rhythms, as if to thank him for the inspirations.

This and two upcoming "Jazz Up Close" concerts in December, 2010 and April 2011, are dedicated to Monk's influence. They are part of an ongoing series of concerts, curated by Perez over several years, which have provided some of the highest level performances heard in the Philadelphia area during that time. Perez deserves much credit for his creative force in organizing the series.