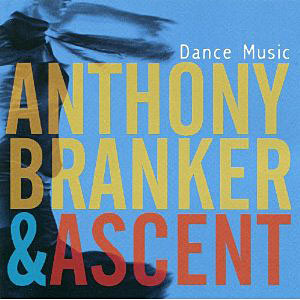 Anthony Branker continues to experiment with the standards of large group musical tradition on Dance Music. Leading a revised version of his LuLu's Ascent ensemble, the composer/musical director takes a different approach than the Latin influences on Blessings (Origin Records, 2009). Only on the last of ten tracks, "Depende," is there a composition in that vein, but that's all for the good, as Branker keeps searching for new ways to articulate a distinctive personal sound.

Dance Music opens with "The Renewal," as if to signal a more idiosyncratic direction. Elements of jazz—some very close to time-honored swing—are infused with just enough abstraction to evoke a sound closer to Django Bates than traditional big band composition. Similarly, the title track incorporates a slight sense of intelligently placed dislocation, generating a high level of interest. "The House of the Brotherhood of the Blackheads," the lengthiest piece in the collection, is an opportunity to hear fine solos from the group, especially returning members, saxophonist Ralph Bowen and trombonist Clifford Adams Jr.

Singer/lyricist Kadri Voorand, appears on four of these all-original tracks, with a super voice that's a cross between Oleta Adams and Dianne Reeves—and with, possibly, more range than either-and writing that is neither overly sentimental nor abstract. Ascent's current personnel also retains outstanding pianist Jonny King, whose contributions are vital to the success of this collection; his solos representing some of Dance Music's finest moments. Drummer Adam Cruz—most often associated with pianist Danilo Pérez—is the group's newest member, is outstanding, as is guitarist Freddie Bryant, who takes a great solo in his sole appearance, "Truth."

New members and Ascent alumni clearly represent the vision and spirit intended by Branker, another of those incredibly creative artists who receive more recognition outside the US than at home. A highly accomplished trumpeter and long-time fixture at Sweet Basils, he has played in Russia, Finland, France, Germany, and other European locations, as well as performing off-Broadway; he is also an educator and jazz award-winner. Dance Music is both fun and dignified, and should boost him to well-deserved higher recognition.

Track Listing: The Renewal; Mysterious Ways; Dance Music; A Smile Awaits; Asking Answers; The House of the Brotherhood of the Black Heads; The Holy Innocent; A Beautiful Life; Truth; Depende.