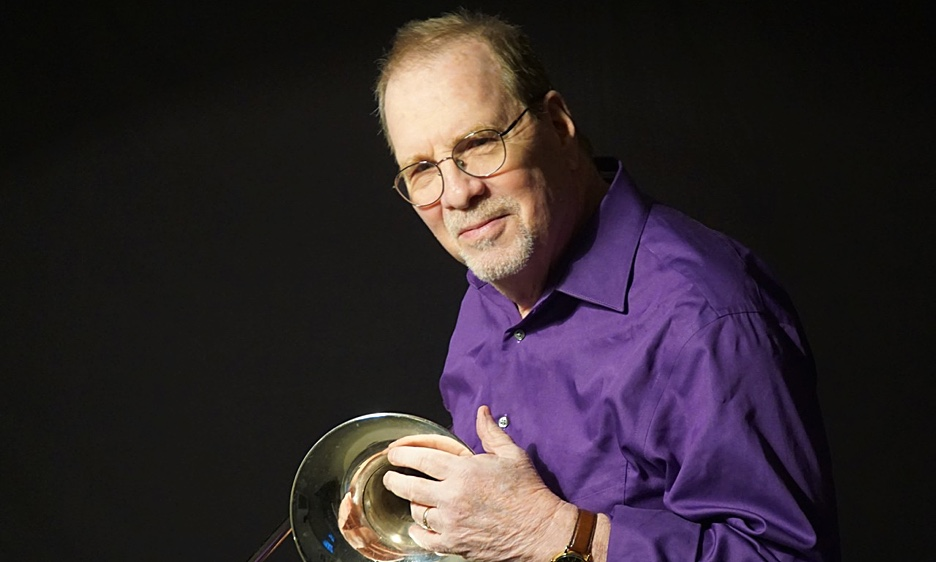 The cool overcast weather this Sunday afternoon in Vermont was a stark contrast to the sunny warmth of the day prior, but the atmosphere within FlynnSpace was something else altogether. The presentation of Dan Silverman's Early Heroes Jazz Ensemble brought to mind the best moments of early summer in June during the annual Burlington Discover Jazz Festival. By the end of roughly two hours on April 14th, a deep communion of artist and audience had emerged to fill this intimate venue.

Beginning at the unusual start time of 3pm, proceedings that began as a somewhat staid offering of otherwise challenging material evolved slowly but surely over two sets. In a protracted exercise in mutual inspiration, Silverman and his comrades infused their collective homage to the venerable likes of Charles Mingus, Carla Bley and Thelonious Monk with as much relish as respect. As a result, when the group concluded with a perfectly calm and quiet tune of J.J. Johnson's, "Gigi," the eleven musicians and singer had both educated and enthused the hundred or so attendees.

The trombonist/bandleader's sometimes breathless song introductions might have gone on too long at times, but his enthusiasm in relating backstories to the song (including personal reminiscences) was no less infectious than the body English he displayed more and more often as the afternoon went on. And if he sometimes looked clumsy in his gesticulations, there was no denying the fluency of his arrangements for material such as "The Shoes of the Fisherman's Wife Are Some Jive Ass Slippers." No doubt the sheet music stands positioned before all ten players (some of whom also appear on Silverman's similarly-conceived and titled sophomore album) were necessary to follow the unpredictable changes of a tune like "Some Dirge," but there was no sense anyone was playing too carefully.

On the contrary, tenor saxophonist Chris Peterman and trumpeter Dave Ellis sounded perfectly liberated on their respective instruments, while saxophonist Dave "The Truth" Grippo, one-time roadmate of Phish and leader of his own local funk band, blew hard and strong with each solo turn he took. Pianist Mike Hartigan stretched the confines of structure more than a little during his fitting spotlight on Silverman's original, "Thanks McCoy," but even as the hirsute musician echoed the rippling brilliance of McCoy Tyner, he adhered as rigorously as his peers to a disciplined approach that precluded inordinate displays of technique or ego.

Thoroughly engaged from start to finish and noticeably more comfortable as the afternoon wore on, the Early Heroes Jazz Ensemble focused on its material, the expansive range of which became further illuminated through the sequencing of the songs. Multiple false endings on "Slide's Derangement" were a forced attempt at humorous showmanship, but the group turned serious on "Crepuscule with Nellie," vividly evoking the affection at the heart of Monk's devotional for his spouse. A vocal from Silverman's sibling Judi Silvano on "Weird Nightmare" approached the threshold of overkill, but never crossed the line.

And the book-ending of the setlist with another tune of Slide Hampton's, "My Blues," became an exercise in circular logic. As an emphatic punctuation to the performance, those moments of panache rightfully elicited honest, raucous applause from an audience that while it initially sounded like it was politely doting on the hometown jazz heroes, eventually became informed with a joyous spontaneity comparable to that emanating from the bandstand.