By KARL ACKERMANN
January 6, 2018
Sign in to view read count 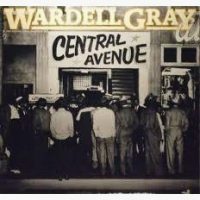 Wardell Gray was a tenor saxophonist of great potential who dabbled in in bebop toward the end of his short, thirty-four year life. Central Avenue is a two-LP compilation of which only a number of pieces were recorded at the Hula Hut Club in Los Angeles in 1949. Gray wrote the majority of the compositions here, with others from Charlie Parker, Buddy Collette, Hampton Hawes and Art Farmer. Farmer, Hawes, Sonny Criss, Clark Terry and Roy Haynes play on several tracks of this Prestige release that has never been offered on CD or digital formats but is available on Spotify. 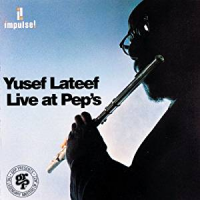 Yusef Lateef, known mostly as a flautist, utilizes the tenor saxophone, oboe, shehnai and argol as well on the 1964 Impulse! release. Lateef is, as usual, the height of classy lyricism and his performance is nicely complemented by Richard Williams on trumpet and Mike Nock on piano. Half of the ten compositions are Lateef originals and the numbers include some fine blues pieces such as "Number 7" and "12 Tone Blues." 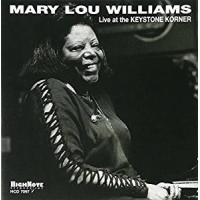 An accomplished composer who mentored the likes of Thelonious Monk, Charlie Parker and Miles Davis, Mary Lou Williams' date at Keystone Korner was recorded in 1977 but not released until 2002. It's not for lack of quality as this performance at the legendary San Francisco club is arguably one of pianist Mary Lou Williams' best recordings. On this HighNote Records release Williams offers commanding renditions of "Stormy Weather," "It Ain't Necessarily So" and "St. Louis Blues." Never one for pyrotechnics, she nevertheless crackles through standards and blues, with touches of gospel, putting her stamp on each. Her complex harmonies and percussive style are completely engaging.