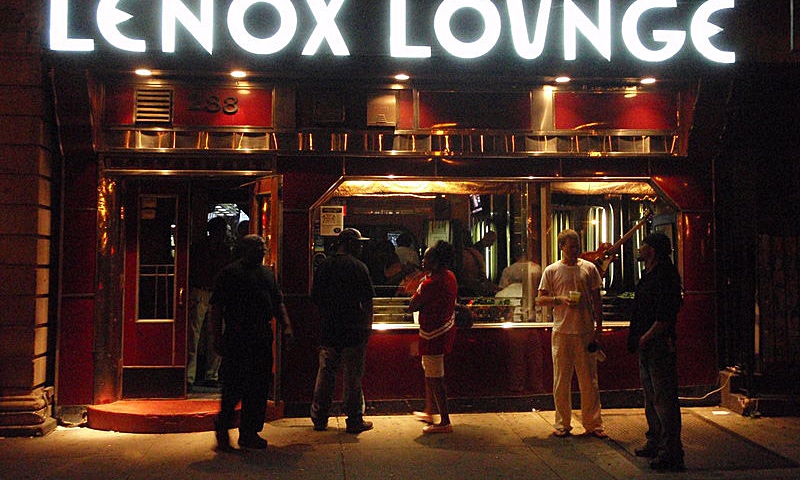 By KARL ACKERMANN
November 7, 2017
Sign in to view read count
Jazz didn't abandon Chicago but its further development only began to take on a distinct personality in the 1960s. By the late 1920s, the next phase of the jazz scene had shifted from Chicago to New York though, initially, there was no red carpet rolled out. As jazz bands made their way to New York they tended to be lobbed into a mix of vaudeville acts, comedians and other nomadic entertainers passing through with hopes of striking gold. The music itself was viewed as a novelty and black performers as caricatures. It was with the arrival of New Orleans' Original Dixieland Jass Band—an all-white group—that heads began to turn. Still, it was a reluctant gamble for the record labels with Columbia signing, and almost immediately dropping ODJB, and then the Victor label picking them up. Their success (more than one million records sold) piqued the interest of music fans and created new opportunities for performers and the establishments that would support audience demand.

If any venue symbolized the Jazz Age, it was The Cotton Club. It began life in 1920 as the Club Deluxe, a Harlem supper club at 142nd Street and Lenox Avenue. Run by boxer Jack Johnson, the club was taken over by a paroled mobster, Owney Madden, in 1923 and the name changed to The Cotton Club. Johnson remained the manager but the club essentially became a front for selling liquor during prohibition. The club operated from 1923 to 1935 at the Harlem location, moving to midtown Manhattan in 1936 and then closing in 1940. Despite featuring the most popular black artists of the era, The Cotton Club served a "white-only" clientele, was decorated in blatantly racist themes, and performers and patrons were strictly segregated. Writer Langston Hughes described the setting as "a Jim Crow club for gangsters and moneyed whites..." Despite the oppressive working conditions, the club provided beneficial exposure for the musicians (often through affiliated radio broadcasts) as well as a relatively high pay rate. Among the performers were Cab Calloway, Fletcher Henderson, Billie Holiday, Jimmie Lunceford, Louis Armstrong, Count Basie, Fats Waller and Duke Ellington. It was Ellington's stature and influence that eventually convinced club management to relax—but not eliminate—its racial admission restrictions.

In polar opposition to the exclusive and glitzy Cotton Club was Café Society. Located in the Sheridan Square section of Greenwich Village, this "neighborhood" was a small triangle plot at the intersection of Washington Place, West 4th Street, and Barrow Street. A microcosm of an ideal culture, Café Society was the first jazz club to pursue integrated audiences, going as far as providing preferential seating to patrons of color while openly welcoming celebrities and members of the privileged class. The club was strictly about the music; there was no dancing or audience socializing during performances. Billie Holiday, though she played the Cotton Club as well, made her reputation at Café Society where she sang from the club's first day in business. Singers were the specialty of the club with Hazel Scott, Big Joe Turner, Lena Horne and Sarah Vaughan all performing on its small stage.

Café Society was run by Barney Josephson who had an affinity for left-wing causes and privately hosted related events in support of those efforts. Those undertakings led to his brother being called to testify before the House Committee on Un-American Activities in 1947. The committee was a precursor to the Joseph McCarthy "red scare" hearings of the 1950s, convened to investigate any citizen suspected of having Communist ties. The allegations against Josephson were fueled by a popular and ruthless New York gossip columnist, Walter Winchell, whose unsubstantiated claims and negative coverage of Josephson badly damaged business at Café Society. The following year, the club closed.

Harlem's Lenox Lounge opened in 1939 at 125th Street and Lenox Avenue (more recently designated as Malcolm X Blvd.). Established by Ralph Greco, the venue was later taken over by his nephew Dominic Greco who started working at the club as a seventeen-year-old bartender. Jazz greats such as Dizzy Gillespie, Miles Davis, John Coltrane and Billie Holiday all played there and the club's notable clientele included Langston Hughes, Malcolm X and James Baldwin.

The Lounge was laid out with two distinct functions in mind. The Zebra Room—famous for its Art Deco style—was the performance space and the adjacent room was a bar. From the financially strapped 1970s until the end of the 1990s, the bar was in a state of perpetual decline. In 1988 the lounge was purchased by promoter and entrepreneur Alvin Reid. The Richmond, Virginia native grew up in Harlem and was a member of the New York City Transit Police until his retirement in 1980. Using his retirement savings he bought the lounge to revive the dwindling presence of jazz venues in Harlem. From Fall 1999 to Spring 2000, Reid spent over one half-million dollars to restore the original Art Deco interior of the club. It was the only period of time the Lenox Lounge was closed in the preceding sixty years.

In the 1990s and early 2000s, the lounge was featured in scenes from a number of television programs, movies and music videos. The Zagat Survey Nightlife Guide and New York Magazine both rated it as a top destination. In 2012, the property's landlord doubled the rent and Reid, unable to manage the increase, closed the Lenox Lounge after seventy-three years. Two years later, a noted restaurateur, Richard Notar announced that he would reopen the club, and Reid, with another business partner, revealed similar plans a short time later. Notar, who owns Nobu—the most widely recognized chain of Japanese restaurants in the world—had previously attempted to revive another Harlem landmark jazz club, Minton's. Neither endeavor succeeded, though Minton's did later reopen under different ownership. Reid failed to revive the Lenox Lounge as well, facing prohibitive financial and legal challenges.

Gordon Polatnick runs Big Apple Jazz Tours, with stops in both uptown and downtown New York. On a rare quiet night during the 2015 holiday season, when Polatnick wasn't guiding a group through his maze of club connections, he accompanied us to the renowned Minton's Playhouse, listed on the U.S. National Register of Historic Places. On its face, the Second Renaissance Revival architecture retains the class of the club's glory days. Once inside, the Minton's of the 2000s, bears little resemblance to the club opened by Henry Minton in 1938 on 118th Street. Minton was a tenor saxophonist and a savvy businessman; he provided a safe space for jam sessions that would normally result in heavy union fines against participating musicians.

In 1940, Teddy Hill was hired to manage Minton's. Hill had a well-established career as a big band leader, drummer and multi-reed player with twenty-five sides recorded. His big band—at various points in time—had employed Roy Eldridge, Bill Coleman, Frankie Newton and Dizzy Gillespie. Hill worked regularly as the NBC radio network big band leader before taking on the Minton's role. Under his management, Minton's became the pre-52nd Street incubator of the bebop movement and the birthplace of modern jazz. The Minton's jam sessions drew in some of the most prominent artists of the era, including Gillespie, Ben Webster, Don Byas, Lester Young, Charlie Parker, Thelonious Monk, Kenny Clarke and Charlie Christian. The jam sessions inspired Monday Celebrity Nights, an event co-sponsored by the owners of the Apollo Theater. Session spots at Minton's became so intensely competitive that the process of securing a seat on the stage became more exclusionary and less democratic. Minton's closed for renovations in the summer of 2017 with a scheduled re-opening in the fall.

Bebop made its name in the clubs that densely populated the 52nd Street area. The Royal Roost has a ten-year run beginning in 1946 and featured the new style of jazz with names like Charlie Parker, Dizzy Gillespie, Tadd Dameron, Dexter Gordon, Fats Navarro and Max Roach. The 1950s saw the birth of The Five Spot and revolutionaries such as Thelonious Monk, Charles Mingus, Miles Davis and later, John Coltrane, Cecil Taylor, Charlie Haden and Ornette Coleman. In 1957, in a bleak and isolated section of West Village, a gritty bar was converted to The Half Note. Primarily dedicated to swing, the club was also host to more cutting edge performers of that era. Coltrane and Mingus played here as well, and more straight-ahead acts such as Wes Montgomery, Herbie Mann and Cannonball Adderley took to a stage that was slapped together from the remains of wooden shipping pallets.

The original Birdland opened in 1949, on Broadway, near 52nd Street featuring Bird himself as a headliner. Despite the club's principle owners capitalizing on Charlie Parker's trademark nickname, he didn't play there often but it was not due to Parker's well-known drug addiction. Owners Irving Levy, Morris Levy, and Oscar Goodstein simply didn't want to pay Parker the rate he was commanding at the height of his popularity. In addition to Parker, Gillespie, Monk, Miles, Coltrane, Bud Powell, Stan Getz, Lester Young, and many other familiar names were regularly booked. In its first five years, Birdland drew almost one and a half million paying customers. The club declared bankruptcy in 1964 and closed, reopening with a new owner more than twenty years later in Harlem. Ten years later, in 1986, the club again relocated, this time to its present location at 315 West 44th Street. Among those who have performed at the current site are Michael Brecker, Pat Metheny, Diana Krall and Dave Holland. The club also features a house band -The Birdland Big Band.

Clubs with the type of forward-thinking agenda practiced by The Half Note, sixty years before, exist in greater abundance today. One New York example is The Jazz Gallery which views itself as a pivotal player in global jazz. Founded in 1995 by a small group that includes Roy Hargrove, the international flavor was evident on a night in April, 2015 when I had the opportunity to see Rob Mazurek's Sao Paulo Underground and Black Cube SP perform. That collective encompassed artists from the U.S., Switzerland and Brazil, speaking not only to an international scope but also to the club's mission of bringing innovative musicians to the forefront.