By KARL ACKERMANN
November 7, 2017
Sign in to view read count 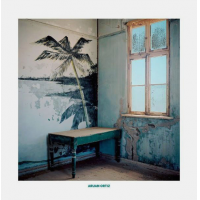 Cuban pianist and composer Aruán Ortiz started playing piano at the age of nine though his primary instruments were violin and viola. As a teen he began playing arrangements of popular Cuban songs in a school where he was already the director of the band. At fifteen he was first exposed to the music of Chick Corea, setting him on a journey to explore jazz. Cuban Nocturne is fifth of six second-season releases from the vinyl-only Newvelle Records label. The solo piano recording pays tribute to some of the great composers of Cuba, along with some new material. A master improviser, Ortiz felt that these pieces were not the proper platform for that type of treatment, at least not without a carefully executed approach.

The pieces on this album reflect the influences of Ortiz youth. Three of the compositions on Cuban Nocturne are credited to Ignacio Cervantes, a late nineteenth century Havana-born composer with a strong influence in the Creolization of Cuban music and one who used music to further his political views. While Ortiz incorporates slightly different angles, his overall approach is both quixotic and inventive as with Cervantes' "Picotazos" where the pianist calls on his familiar improvisational skills to a greater extent. "Tres Lindas" is a composition from Antonio María Romeu (1876—1955). A Cuban pianist, Romeu was referred to as El Mago de las Teclas (The Keyboard Magician) and specialized in dance music known as the danzón, a blend of European classical music and African rhythms.

Ortiz includes "Danza Negra" by Ernesto Lecuona (1895—1963), who composed more than six-hundred pieces, and whose music, including "Babalú," was introduced to U.S. audiences by musician and actor Desi Arnaz. Ortiz includes three original pieces, two of which are brief "Interlude" compositions that run about one-minute in length. His title track (sub-titled "Theme from Alas") was originally scored for a movie based on Cuban writer Luis Vargas.

Those familiar with Ortiz' previous solo recording Cub(an)ism (Intakt Records, 2017) will find Cuban Nocturne a warmer, more impressionistic collection but his playing is no less intriguing here. His interpretations of Cuban classics are modernized without losing the original flavor. As with all second-season Newvelle releases, the LP cover features more stunning photography from the Tendance Floue French collective.