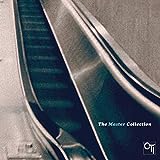 More reissues from the CTI catalog are due out next month, and this 2-CD overview gives one a pretty good idea of what's going on. Saucy and hip, Creed Taylor's label provided many adventures over the years. The 1970s were undeniably different. Hairstyles, hemlines and sparkling wardrobe colors combined with new electronic keyboards, guitars and basses to shape our music. And that was only the beginning. Jazz-fusion moved away from straight-ahead art and caught on as popular as the Frisbee. Veteran jazz artists shifted to new directions. Stanley Turrentine, Freddie Hubbard, George Benson and Chet Baker provided the CTI label with memorable items, such as "Little Sunflower," "California Dreamin'," "Sky Dive" and "Don't Mess with Mister 'T'." Epic/Legacy Jazz has added John Williams' theme from Jaws to this compilation, performed by Lalo Schifrin with orchestra.

The smooth jazz connection can't be missed. George Benson's soft guitar improvisation offers a relaxed feeling that retains a modicum of excitement. It's always been a sound appreciated by a wide audience for its classical heritage and smooth nature. Deodato and Chet Baker had pop music audiences in mind when they chose their repertoire. Still, most of CTI's artists managed to straddle the fence and represent more than one aspect of the jazz world.

The rough, roadhouse spirit of Johnny Hammond, Hank Crawford and Stanley Turrentine aimed for an audience that loves the blues. Funk-driven and dripping with emotion, their party attitude rode the down-to-earth trail. Paul Desmond, Astrud Gilberto, and Milt Jackson took the high road: classy and remarkably well spoken. Patti Austin and Esther Phillips emphasized some of the emotional spirit that's missing from today's smooth jazz airwaves. That CTI's catalog is being paid such kind attention gives one pause to reflect on where jazz is headed. Hopefully, the "wireless, download it and sample it" generation won't miss out on this collection of past treasures.