By JAKOB BAEKGAARD
October 17, 2018
Sign in to view read count
"It was the best of times, it was the worst of times." The echo of Charles Dickens' famous novel A Tale of Two Cities is suitable to describe the climate of jazz when Creed Taylor launched CTI. It was 1970 and acoustic jazz was in crisis. Following the invasion of rock, it had survived by becoming electric, but the question was if jazz didn't get lost in translation? To Taylor the mission was simple. He wanted to bring jazz into the new decade with a distinctive sound and a fresh look, but he also wanted to keep the spirit of jazz and preserve the music of the legends he had already heard. The challenge was not to find good musicians, in that sense it was the best of times. The conundrum was to make jazz sell without selling out.

Taylor succeeded in solving the riddle and created an iconic label whose sound and look has entered the pantheon of great labels like Blue Note, ECM and Impulse! Taylor managed to combine acoustic jazz with the new electric sound. He brought in elements of Brazilian music and classical sounds, but he kept the cool essence of jazz. To support the elegant sound of the music, Taylor enlisted photographer Pete Turner whose distinctive photographs graced many of the album covers.

By now CTI is past, but thankfully its legacy is preserved in the best possible way by the British reissue-label BGO. It is long ago BGO started reissuing CTI albums, but recently they have stepped up and the following six releases provide their most dedicated embrace of the label so far. 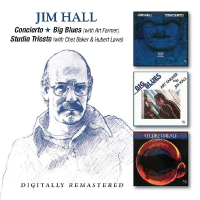 Bringing guitarist Jim Hall to CTI was an obvious choice for Taylor since Hall was the epitome of the artful elegance he wanted to express with his label. The match proved successful and Hall delivered a masterpiece with his first release: Concierto (1975). The key track is the interpretation of Joaquin Rodrigo's "(Theme from the Second Movement of) Concierto de Aranjuez." Here, Hall proves his ability to translate classical music into jazz as he creates an intimate orchestral sound with an all-star group that includes the liquid saxophone playing of Paul Desmond and the perfect mournful trumpet of Chet Baker. House-bassist Ron Carter leads the group through a landscape of subtle grooves and lyricism while pianist Roland Hanna has the touch of classical music and the deep spirit of jazz in his playing. Hall himself lets the melodic lines do the talking while the soft-groove master Steve Gadd swings with a modern touch. The musical conversation continues on two other excellent albums included in the BGO-package. Studio Trieste once again finds Hall in a setting with Chet Baker and flautist Hubert Laws while Big Blues is a meeting with trumpeter Art Farmer where vibraphonist Mike Mainieri adds extra atmosphere to the music. 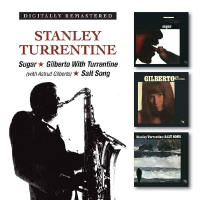 Taylor's strategy of taking already established artists like Jim Hall and giving them a new look and sound continued when he enlisted saxophonist Stanley Turrentine. When he arrived, Turrentine had already defined his own soul jazz sound on Blue Note and the album Sugar was a refinement of his funky expression where he dug deep into his blues roots, but also showed a surprising experimental direction with his reading of John Coltrane's "Impressions." The second album in the BGO-package finds Turrentine teaming up with Brazilian singer Astrud Gilberto, but it is really the mood of the music that is the true star of the album as both Gilberto and Turrentine drift in and out. The final album, Salt Song, is also Turrentine's most ambitious. It spans his signature soul jazz on "Gibraltar," the title song, a dynamic Brazilian ballad drenched in strings, and the sophisticated gospel ballad "I Told Jesus," complete with choir and string coda. All in all, Turrentine shows himself capable of playing almost every musical style, but there's one thing his stylistic detours have in common: soul. Turrentine is a soul jazz player in every sense of the word. 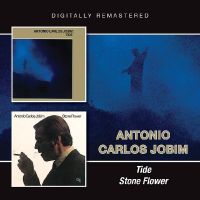 CTI always had a special connection with Brazilian music. Making an album with Astrud Gilberto is one example, but the most important association is with the maestro himself: Antonio Carlos Jobim. Two of his albums, Tide and Stone Flower, are combined in a BGO-package and while Tide formally came out on A&M, it could just as well have been released on CTI. As Charles Waring points out in the liner notes: "It bears all the hallmarks of a classic C.T.I. production -just because of the fact that Creed Taylor was at the helm but also because the album replicated C.T.I.'s modus operandi. It was cut, as were most C.T.I. records, in Rudy Van Gelder's New Jersey recording facility in Englewood Cliffs (Taylor rarely recorded his acts anywhere else) and featured some of the top jazz musicians that routinely contributed to C.T.I. sessions, including bassist Ron Carter, trombonist Urbie Green, flautists Joe Farrell and Hubert Laws, percussionist Airto Moreira and pianist/arranger Eumir Deodato." Both albums unfold Jobim's compositional vision in an orchestral setting that bring them closer to classical music than regular pop and even his signature hit, "The Girl from Ipanema," gets a makeover with playful breaks and exploration of motifs with lush strings. Structures and textures are explored making both albums an aural delight. 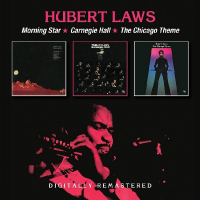 Flautist Hubert Laws was here, there and everywhere during his years with CTI and the reason was simple: he recorded as a leader and sideman, but he was also chosen among the session musicians that provided so-called sweetening on the records, the added layers of strings and horns. BGO has previously released a triptych of Laws' CTI recordings in a package that contained: Crying Song (1969), Afro-Classic (1970) and Rite of Spring (1971). The second package contains another three: Morning Star (1972), Carnegie Hall (1973) and The Chicago Theme (1974). Writer Charles Waring points out that In the Beginning from the same year as The Chicago Theme is one of his best albums, but it is not included. The reason must be that it is a double album and perhaps it will show up later in the reissue program. What is presented is also good and gives a full portrait of Laws moving from complex pop-jazz with shades of gospel and classical on Morning Star to a deep exploration of the meeting between classical and jazz on "Passacaglia In C Minor" from the live album Carnegie Hall. On the other hand, The Chicago Theme turns up the funk and pop with the title track that would not be out of place on a blaxploitation compilation. 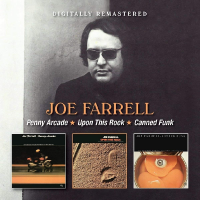 Like Hubert Laws, saxophonist and flautist Joe Farrell also knew how to turn up the funk and does so considerably on the second collection of his albums on CTI. The first package gathered Joe Farrell Quartet (1970), Outback (1972) and Moon Germs (1972) while part two consists of Penny Arcade (1973), Upon This Rock (1974) and Canned Funk (1975). Here Farrell can be found in the company of pianist Herbie Hancock. Like Hancock, Farrell had also made the transition from acoustic to electric jazz and he was one of the original members of pianist Chick Corea's pioneering fusion group Return to Forever. On this triptych of albums, Farrell serves his own brand of fusion using contrasts, unison motifs, tempo shifts and deep grooves with unmistakable jazz flavor. Farrelll caught the modern electric sound on these albums, but his first love was acoustic modern jazz and he cut his teeth playing with tenor titan Johnny Griffin. On these three releases, guitarist Joe Beck plays a significant role with his edgy rock-drenched playing while Hancock's sophisticated approach to the keyboard can be heard on the first two albums. While it is technically advanced music, thankfully Farrell does not fall into the trap of pure pyrotechnics. Instead, the group's technical skills are used to create sophisticated music that can go everywhere at any pace like the motorcycle depicted on the cover of Penny Arcade. 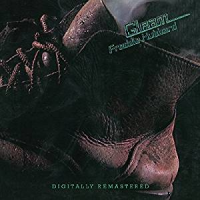 Freddie Hubbard released some of his most noteworthy music while he was at CTI and it has all been reissued by BGO in two perfect packages. The double live album Gleam was not released on CTI, but it is an interesting album released on Japanese Columbia. It catches Hubbard in a period of transition where he was playing material that he had recorded for CTI and compositions that would show up on his next proper album for Columbia. It is also simply a great album with a stellar band that took the influences from rock, soul and funk and transformed them into a raw and soulful stew of extended workouts. The worn-out shoe on the cover with smoke rising from it is a suitable metaphor. This is smoking, foot-stomping, funky music with the improvisational edge of Miles Davis' Bitches Brew. There's no slick fusion in sight as percussionist Buck Clarke introduces the epic "Kuntu" with a polyphonic conga explosion that builds into a deep groove where Hubbard's trumpet pierces the sky. Throughout, drummer Carl Burnett is moving organically between tight grooves and swing and it is a joy to hear how George Cables is playing the electric piano with glistening figures. Hubbard is in top form during the concert as he both embraces high-pitched energy and tender moments. He shows himself ready for another adventure on Columbia. However, Hubbard's move to Columbia also embodies the paradox of CTI that eventually led to its downfall. Taylor wanted to create a stylish indie label that could make jazz sell again and he succeeded so much that the big labels eventually saw the potential in jazz again and started stealing his artists, just like Columbia did with Hubbard. Now CTI is history, but thankfully the many highlights on the label can be enjoyed on BGO reissues with detailed notes that put the achievement of the artists and the label into context.

Tracks: CD1: Morning Star; Let Her Go; Where Is The Love; No More; Amazing Grace; What Do You Think Of This World Now?; Windows/Fire And Rain (Medley); Passacaglia In C Minor. CD2: The Chicago Theme (Love Loop); Midnight At The Oasis; You Make Me Feel Brand New; Going Home; I Had A Dream; Inflation Chaser.

Tracks: CD1: Put It In The Pocket; Ebony Moonbeams; Betcha By Golly Wow; Spirits Of Trane. CD2: Kuntu; Midnight At The Oasis; Too High.