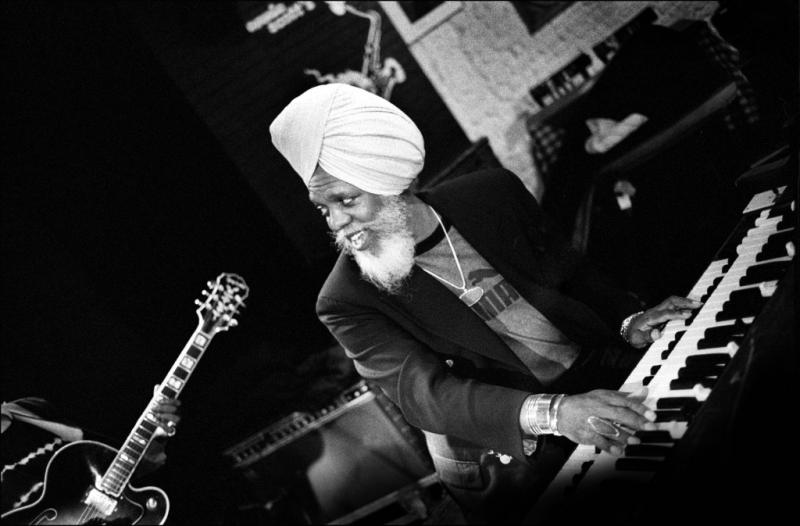 The final batch of reissues—four discs originally released between 1971 and 1974—turns the spotlight instead on CTI's funkier imprint, Kudu. Here, while Taylor remained the producer (and Rudy Van Gelder the engineer), the aesthetic was more streetwise than CTI itself—even though Taylor and, on some albums, arranger Bob James, continued to stir in their trademark sweeteners. With Kudu, Taylor struck a fine balance between soul jazz and raw, jazz-inflected funk on the one hand, and sophisticated orchestral arrangements, often including string charts, on the other.

The only disc in the batch not featuring a string ensemble, Mama Wailer has Lonnie Smith stretching out over two originals and two covers (Sly Stone's "Stand" and Carole King's "I Feel The Earth Move"). He takes in Jimmy Smith's founding legacy on the Hammond B-3 and mixes it up with boogaloo (on the opener, "Mama Wailer"), and contemporary funk and psychedelia (on the adventurous 17:20 minute workout, "Stand"), as well as some hard bop.

To make an analogy with a movie of the same year, Mama Wailer is the sort of music the producers could have used in The French Connection, in that early scene where Gene Hackman conducts a drugs shakedown in an uptown bar. Funky as a donkey's tail, but unmistakably urban.

There are cooking solos from Smith—mostly on organ but on funkified clavinet on the title track—and tenor saxophonists Marvin Cabell and Grover Washington Jr. Three guitarists—George Davis, Robert Lowery and Jimmy Ponder—chop and fill over the ostinatos provided by bassists Ron Carter and Chuck Rainey, and drummer Billy Cobham. "Mama Wailer" shows where Lonnie Smith got his Doctor (of groove) moniker from, but the acid-drenched "Stand" is the most intriguing track.

Before Kudu, Johnny Hammond had—as Johnny "Hammond" Smith—been associated for two decades with hard bop and soul jazz on the no-sweeteners Prestige label. Wild Horses Rock Steady was the second of four more elaborately conceived albums he made for Kudu.

To continue the The French Connection analogy, this is the sound you could have heard in the movie's other signature bar, the glitzier one in which Hackman first spots the conspirators in the heroin importation scam. The album, comprising six covers, is down the line soul jazz laced with some of Bob James' funkier horn and string arrangements. Hammond does not venture as far out as Lonnie Smith on the aforementioned "Stand," but he maintains an immaculate groove.

Aretha Franklin's "Rock Steady" opens the disc, with fierce solos from Hammond, tenor saxophonist Grover Washington, Jr. and guitarist Eric Gale, and a crawling, moody string arrangement. Two other standouts are the Broadway show tunes "Who Is Sylvia?" (from 1971's Two Gentleman Of Verona) and "I Don't Know How To Love Him" (from Jesus Christ Superstar, also from 1971). Both are well-crafted songs, and the tension between Hammond's funk and the sweeping strings counterpoints is a delight. "I Don't Know How To Love Him" includes a bitching solo from Gale—slashing, staccato blues-funk.

The album closes with Mick Jagger and Keith Richards' "Wild Horses," with Hammond's strongest solo on the disc and a solid one from either Washington or Harold Vick on tenor. Throughout, Ron Carter is back on bass, as is Billy Cobham on drums (replaced, on "Rock Steady," by Bernard Purdie).

Like Smith's Mama Wailer, an album begging to be kicked back with, but this time on satin sheets.

Don't You Worry 'Bout A Thing

After high-profile work with singer and keyboardist Ray Charles' bands in the late 1950s and early '60s on alto and baritone saxophones, in 1971 Hank Crawford came to Kudu, where he focused on alto and stayed long enough to make seven albums; Don't You Worry 'Bout A Thing was the fourth.

The music inhabits similar terrain to Hammond's Wild Horses Rock Steady, with the scales tipped further towards Bob James' orchestral arrangements, which again feature strings. There are three originals and two Stevie Wonder covers (the title track and "All In Love Is Fair"). Aside from the wistful "Jana" (Swahili for yesterday), the pace is fast and Crawford's vocalized, bluesy alto the center of attention.

The blinder in a consistently enjoyable set is the penultimate track, "Sho Is Funky," which clocks in at just under 13 minutes. There is a pronounced New Orleans feel to the arrangement—in its rhythm patterns, Hugh McCracken's insistent, scratching guitar, and the sound of horn section, in which bass trombonist Dave Taylor does the tuba duties. Bob James gets convincingly down home on electric piano and Crawford soars. A brief closer, "Groove Junction," allows James and Crawford to foreground their more straight-ahead chops.

Born in 1935, "Little" Esther Phillips hit soul single pay dirt aged 15, and the hits kept coming through the early 1960s. But sometime in the mid '50s, Phillips picked up a heroin habit, and addiction blighted her career until her death. She continued to record though, and Performance was the fourth of eight albums she made for Kudu between 1972 and 1976.

Unusually for a Kudu or CTI album, Taylor here shared production duties, with Pee Wee Ellis on six tracks and Eugene McDaniels on two. Unlike its stable mates, Performance is also an unabashed blues and soul album, despite the presence of jazz-oriented soloists such as tenor saxophonist Michael Brecker (who lays down an early marker on "Disposable Society") and trumpeter Jon Faddis.

The pace ranges from slow to medium fast, and most of the eight tracks (Jerry Jeff Walker's closing "Mr Bojangles" was not included on the original LP) are about love—or if not love, then at least sex. Composers include Allen Toussaint ("Performance"), Clarence Carter ("Doing Our Thing"), Mac Rebennack ("Such A Night") and Isaac Hayes and David Porter ("Can't Trust Your Neighbor With Your Baby").

Tracks: Rock Steady: Who Is Sylvia?; Peace Train; I Don't Know How To Love Him; It's Impossible; Wild Horses.

Don't You Worry 'Bout A Thing

Tracks: Don't You Worry 'Bout A Thing; Jana; All In Love Is Fair; Sho Is Funky; Groove Junction.

Tracks: I Feel The Same; Performance; Doing Our Thing; Disposable Society; Living Alone (We're Going To Make It); Such A Night; Can't Trust Your Neighbor With Your Baby; Mr Bojangles.