Crown of the Continent Guitar Festival 2013 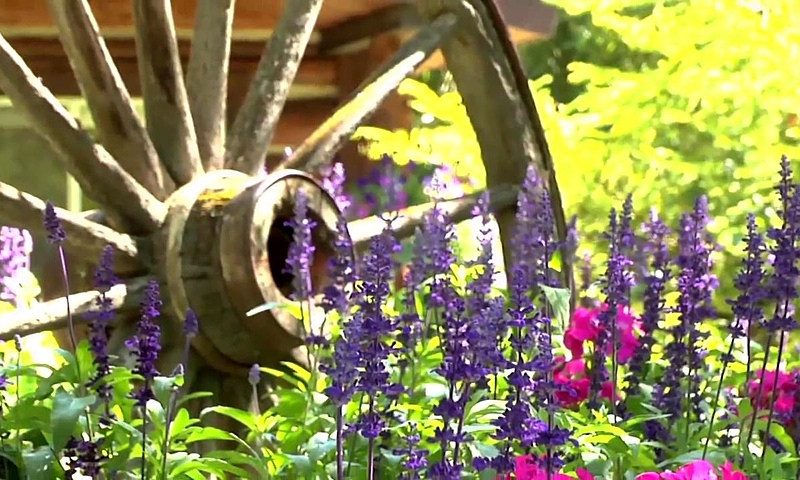 By MARK HOLSTON
September 4, 2013
Sign in to view read count

Rit played amazingly the other night. Maybe it had to do with Metheny being here. In any case, he played his balls off! —John Zoltek

Crown of the Continent Guitar Festival
Bigfork, Montana
August 26-31, 2013
"Either I'm imaging things, or this festival has grown just a little in the four years since I was here last," Pat Metheny laughed as he squinted into the glare of a brace of theater lights. An SRO crowd of over 900 ecstatic fans crammed into a high-arching, rectangular tent fit for an emir's wedding hooted and clapped in response. The guitar icon's telling comments during his recent concert at the Crown of the Continent Guitar Festival in tiny Bigfork, Montana provided a quick way to gauge the how the weeklong event has grown in size and stature in such a short time. Metheny's first festival appearance in 2010, the inaugural edition of the event, was cozy in a Montana-style way; he performed in front of a fireplace in a rustic lodge built for wedding receptions and barbeque dinners for a few dozen people. How things have changed. 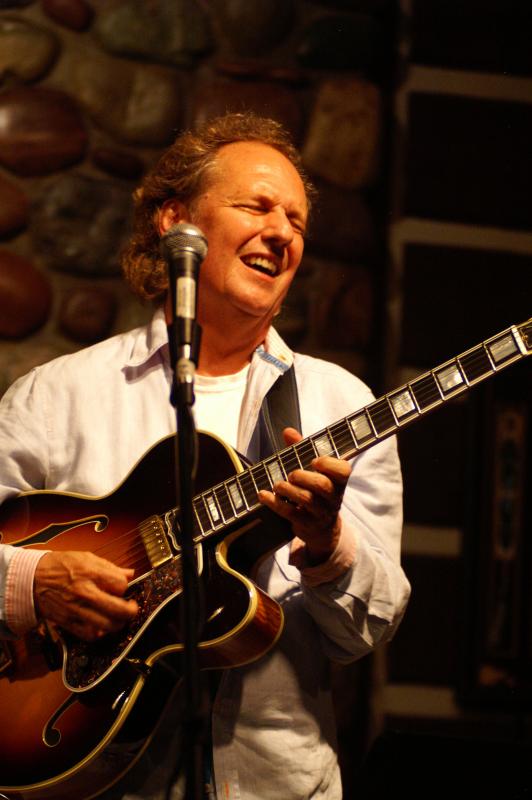 The combination of workshops, focusing on a wide variety of styles for both professional and student-level guitarists, and evening concerts by the guest faculty members, some initially held in the nearby Lutheran Church, proved to be a winning combination. Each year the festival has grown in the number of workshop participants and concert goers. The event is also attracting big name artists. Last year, pianist Dave Grusin, a part-time resident of the state, dropped in to perform with guitarist Lee Ritenour, who has been present for all four editions of the festival. This year's headliners included classical guitarist Scott Tennant, the LA Guitar Quartet, blues picker Robben Ford, Genesis rocker Daryl Stuermer, and singer-songwriter notables Livingston Taylor and Mac McAnally.

Like many successful music festivals, location has as much to do with success as programming. Consider the stunning scenery and atmospheric magic associated with such famed festivals as those staged at Monterey, Mount Hood, Aspen, Banff, Montreux, and Rio de Janeiro. While Bigfork isn't Rio or Monterey by any stretch, it is privileged real estate. The village sits snuggly on a small bay where the rushing Swan River empties into the largest body of freshwater in the U.S. west, Flathead Lake. Glacier National Park is but a scenic hour-long drive away. The immediate vicinity is bordered by towering mountain peaks, pastoral valleys and quaint small towns. The student guitarists, who this year numbered over 80, came from throughout the country and as far away as Singapore. In addition to attending workshops with the storied pros, they are encouraged to take a few hours here or there to do some whitewater rafting, ride horseback into the nearby hills, or try their luck at catching a trout.

Although Montana has not spawned any guitar talent of national prominence, the rugged and remote state has produced its share of jazz talent either born or reared here. Among the most prominent are pianists George Winston and Philip Aaberg, trumpeters Allen Vizzutti and Jack Walrath, saxophonist Gary Herbig, and vocalist Eden Atwood. Yet for many reasons, the concept of a guitar-focused festival turned out to be a natural fit.

The concept was born when David Feffer, a genial retired healthcare industry executive, moved to Bigfork and began to ponder what to do with his enviable combination of time to burn and a passion for the guitar. Several years earlier, he had begun to study classical guitar technique and often disappeared into his study for countless hours of practice. Then, while sharing a bottle of bourbon with some confidants, the idea was hatched of a festival where world class guitar talent would be complemented by equally impressive natural beauty and the slow-paced ambiance of a rustic small town in the Northern Rockies.

Bigfork itself has morphed in recent decades from a working class wide spot in the winding, two-lane road to an upscale retirement destination, with a golf course, gourmet restaurants, summer stock theater, high-end art galleries and multi-million dollar estates. As a kid attending the local high school in the 1960s, one of my hangouts was the old bank building, which at that time led a lonely life as a Laundromat with a pinball machine in one dingy corner. Today, the same building is one of the area's finest eateries.

The actual festival venue, the historic Flathead Lake Lodge, is also a drawing card. The highly rated classic dude ranch has been in operation serving an elite clientele from throughout the world for close to seven decades. It masterfully blends luxury accommodations and hearty cuisine with down-home, Western-style hospitality.

As I entered the festival grounds the night of the Metheny concert, a tall, slender guy with a bushy moustache wearing a pressed white cotton shirt, blue jeans, well broken-in cowboy boots and rancher's hat, extended his hand and said, "Hi Mark. Long time." It was Doug Averill, the son of the resort's founder who took over the operations of the resort from his late father years ago. We had been students together in the Bigfork school. "We have 2,000 acres," he updated me. "That's the largest piece of private, non-commercial timberland property in the county." And, during festival week, it's all put to excellent use. Horses grazing in manicured pastures, an occasional glimpse of a real cowboy, a front row seat for evening sunsets on Flathead Lake, and acres of rangy Ponderosa pine trees all provide a serene backdrop to the music-making that goes on from dusk to dawn.

Lee Ritenour has become the event's de facto music director. This year, he was paired in two cross-genre evening concerts with Robben Ford and Daryl Stuermer. Given his friendly, open manner and his stylistically well-rounded guitar virtuosity, Rit is the perfect public face for such an undertaking. And, for those who have been disappointed by his recent string of rather tepid fusion and funk-grounded recordings, his playing at the festival has been a revelation. No matter what the setting, from rock to blues to fusion and straight ahead jazz, he brings an A+ game to every performance. It could be that the presence of so many guitar legends has the competitive testosterone levels running high. "Rit played amazingly the other night," commented John Zoltek, the conductor of the local Glacier Symphony Orchestra and himself a talented Berklee College of Music-trained jazz guitarist. "Maybe it had to do with Metheny being here. In any case, he played his balls off!"

The appearance by Metheny and his working trio, featuring drummer Bill Stewart and bassist Larry Grenadier, was the first ever performance by the elite group in Montana and the festival's only certified jazz showcase. The guitarist began with a tranquil solo warm-up number before being joined by Grenadier. Halfway through the next, more jazz-oriented piece, a woman leaned over and asked, "Mark, what's the name of this tune?" Up until that point, the melody had been thoroughly obscured by the guitarist's clever inventions. Then the melody of Antonio Carlos Jobim's "How Insensitive" was revealed. Although a well-known standard, Metheny drew on his career-long interest in Brazilian music as he probed the inner soul of the song and explored its reflective theme with finesse and harmonic warmth. With Stewart in the mix, the trio performed the quirky "Question and Answer," with Metheny switching to his custom synthesizer guitar, taking advantage of its octave doubling capabilities. A highlight for the audience was his performance of his ballad "Farmer's Trust." He played his Pikasso guitar, which has been part of his arsenal since 1984. Crafted by Canadian master luthier Linda Manzer, who had flown in from Toronto just for the Metheny concert, the instrument boasts four necks and 42 strings. On the song, the guitarist optimized the instrument's capabilities, invoking Asian and Indian modes and achieving, at times, the rustic tonal textures of the Japanese koto.

The festival's spectacular growth has, predictably and somewhat sadly, has put a dent in its once homey, unpretentious personality. A highlight for many locals was mixing with founder Feffer's bubbly wife Judy, who seemed to be everywhere, doing everything but grabbing a Les Paul Gibson or a Fender Stratocaster and jumping onstage for an impromptu jam with Rit. She greeted concert-goers, sold T-shirts and CDs, supervised a handful of friends who'd been talked into being volunteer workers, and probably emptied the trash cans and mopped the floor after the evening concert. Today, that folksy touch is less evident, unless one considers the dried horse manure that carpets much of the area. VIP parking and VIP seating have been created for big donors, corporate sponsors and other special guests. Another sign that the festival has joined the big leagues is the presence of a small army of staffers and volunteers outfitted in official T-shirts with badges dangling around their necks.

The festival, however, has already born a good deal of fruit. For example, three young guitarists who attended the event as students last season—Israeli Rami Halperin, Canadian Karl Marino and Alexander Still of the U.S.—were inspired to organize themselves as the Trifield Guitar Project and collaborate on an album, Montana Suite. The recording, released during the festival, features original compositions and "Juggler's Etude" by Ralph Towner and John Abercrombie. Lee Ritenour's drummer son Wesley is a member of the backing rhythm section.

With the emotional highs of this year's Crown of the Continent Guitar Festival still resonating throughout the Bigfork community, what has Feffer and his board of directors fretting is: what comes next? Yet another "bigger and better" event in 2014? Who knows? The only thing that's certain is that a bottle of bourbon and at least one glorious Flathead Lake sunset will be necessary before any serious decision-making gets underway.