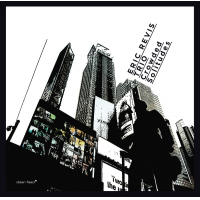 Aside from a surefooted and imaginative foundation, Revis main concession to leadership comes via the unaccompanied intros to several of the cuts. He meshes well with Cleaver, whose chattering percussion represents a masterclass in fluidity offering support without constraining choices. On piano Davis further pursues her personal amalgam of minimalism and attitude, blending reiterated phrases with raw-boned attack. With everyone a leader in their own right, it's no surprise that the structural contributions which enliven the spontaneity emanate from across the bandstand, whether that be instigating vamps, sudden changes of mood or decisive decisions to join or pull back.

"Bontah," credited to Rio Sebastian Revis, likely the bassist's young son, reveals a novel approach as Revis helms a piece based on the rhythmic and melodic contours of a child's voice, which frames spirited exchange. Some of the interpretations tend towards the oblique, as with Paul Motian's "Victoria" where a sparse extemporization finally settles into a shuffling groove, and likewise with Revis' concluding Anamnesis Parts I & II, which pursues a similar trajectory.

But the notation becomes more overt on the bassist's "D.O.C.," where he sets out a dancing theme teased and elongated by Cleaver and Davis, and an emphatic jagged rendition of Greg Osby's "Vertical Hold." Some of Davis' finest moments come as she stretches out here and the opening collective "Arcane 17," where she maintains an angular barrage in her right hand as she creates an exciting blend of insistent runs and trills with her left. While not quite matching the staying power of its predecessor, Crowded Solitudes nonetheless constitutes a fine album