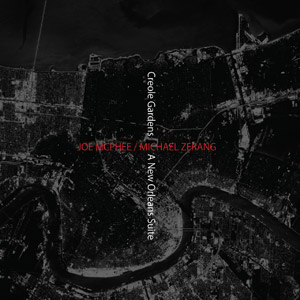 In these recessionary times, the duet offers the optimum solution: the opportunity for dialogue and interaction, but with logistics and expense kept to a minimum. Of course, such strictures are nothing new for the avant-garde, those flowers which bloom between the cracks in the marginal wastelands. Multi-instrumentalist Joe McPhee's résumé includes more than its fair share of twosomes, with drummers forming a prominent strand. Recent partners include Hamid Drake, Paul Hession, Paal Nilssen-Love and Chris Corsano, but this encounter with Chicago-based Michael Zerang ranks among the most rewarding.

It helps that both have a well of shared experience to draw upon, not least their 13 years together as integral parts of Peter Brötzmann's Chicago Tentet, and Zerang's role within McPhee's Survival Unit III trio. But it's not only about familiarity; a large degree of the success of this 60-minute live date recorded in New Orleans stems from how attuned they are to each other's intent. Zerang, in particular, probes, prods and cossets, bringing all his rhythmic acumen to bear. His easy paced tumbling cadences with their abundant pockets of space provide fertile soil in which McPhee can cultivate his patented mix of visceral abstractions and extemporized melodicism.

McPhee continues to develop his use of vocalizations simultaneous with his playing. Used sparingly they pack a profound emotional kick, ranging from screams and overtones to choked cries. At the 15-minute mark in "Congo Square Dances / Saints and Sinners," the saxophonist's hummed melodic line parallels a wavering whistle to invoke a touching vulnerability. At the start of the same piece, the pair illustrates a simpatico attitude to timbral exploration, the drummer accompanying McPhee's stuttering pocket trumpet with eerie moans created by dragging scrapers across his drum heads.

It's an approach which recurs throughout. "The Drummer-Who-Sits-On-The-Drum" opens with keypad popping percussiveness matched by Zerang's tappy propulsion, before unfurling into a driving saxophone motif. McPhee's cooption of improvised figures out of which he conjures satisfying creations is best shown on "Crescent City Lullaby" where his a capella alto arpeggios gradually link into a plaintive song, referenced time and again through the ensuing improvisation.