By AAJ STAFF
November 13, 2009
Sign in to view read count
By Randy Sandke 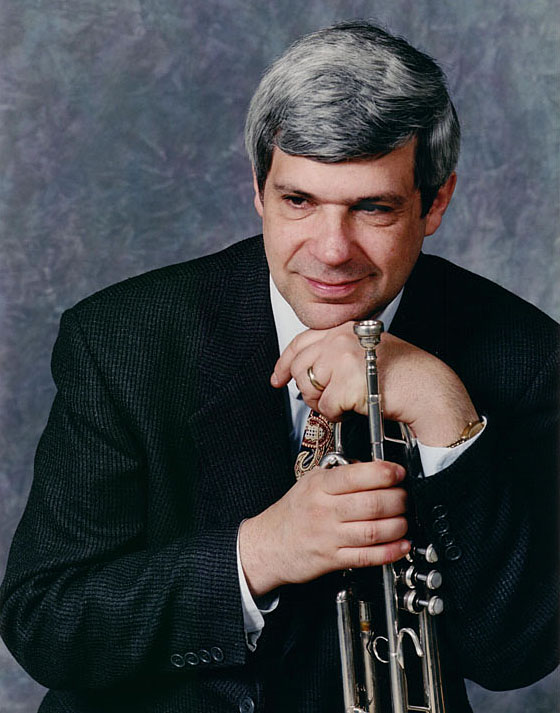 We've all heard the saying that "Jazz is America's classical music." Implicit in this notion is the belief that jazz is equally worthy of respect, admiration and support as any 'serious' music. Over the past few decades, jazz has indeed found a greater degree of prestige, academic interest and corporate sponsorship than at any time before.

But there's a downside to this parallel between jazz and classical music. Jazz seems headed towards the same path classical music followed by becoming an interpreter's, rather than a creator's, art. The stars in the jazz world today are likely to be those who speak a musical language that someone else previously created, just as those in the classical sphere are the conductors and soloists who interpret creative works of the past.

I have no objection to jazz musicians playing whatever music they love, regardless of the style. Though I've produced a body of original music, most of the performing I do involves working in jazz styles drawn from previous eras. And the same could be said for almost everyone playing jazz today, whether they chose to express themselves in the language of traditional jazz, bebop, 'outside' modal playing or even free jazz. Some contemporary musicians do manage to put a personal stamp on pre-existing styles and are highly creative in the process. But somehow, the very idea of breaking with past traditions and creating a new vision and considering this the ultimate creative act has been discarded within the jazz world.

There are several reasons and I'll just touch on a few. First of all, sound reproduction has achieved such a state of perfection and recorded music become so readily available, that the proportion of people who experience new music is very small. Many cultured individuals who in past generations would have supported new music now get their artistic fix from listening to the old masters, whether in the jazz or classical (and indeed rock) fields. Musicians of today are forced to compete for the attention of a limited audience with the entire recorded history of their art.

Secondly, the idea of elites (including an elite group of patrons) who dictate taste has been cast aside, as has the idea that great art should elevate and inspire. This is one of the many cultural legacies of the counter-culture movements of the '60s. The distinction between high and low culture has been largely obliterated and today Michael Jackson (rest his soul) or Madonna are often lauded as major exponents of contemporary American culture.

But there is another reason that innovative creativity has become an endangered species and one I find particularly disturbing. It might be called 'postmodern fatigue,' whereby many feel that everything's been done before, there is no such thing as new ideas and all the good notes have already been taken. What especially distresses me is the degree this jaded viewpoint has become an article of faith among many members of the jazz cognoscenti. In former times it was the impassioned voices of a few forward-looking jazz writers that championed new musical developments. But today, not only are these voices strangely silent and seemingly disinterested, but many seem bent on discouraging the very idea that new progress will ever be possible again.

Some even seem openly hostile to the prospect of new and fresh musical approaches. Stanley Crouch wrote an article for Jazz Times titled "The Jazz Tradition Is Not Innovation," which pretty much sums up his position on the matter. Wynton Marsalis famously stated that, "Jazz doesn't have to move forward." Ben Ratliff of the New York Times expressed his belief that, "Newness—as in music that has never been heard before is a very tricky idea. I don't trust it anymore." Instead Ratliff subscribes to the notion that "the truly delicious side" of jazz lies in "refining its tradition." Tom Piazza wrote in his book Blues Up and Down that "Jazz as innovation is a myth." In his eyes, any musician who dares to contribute new ideas is nothing more than an "alienated art-for-art's-sake martyr figure blazing his own existential trail into unintelligibility and sainthood."

One wonders what would happen if such negative mindsets actually encountered something genuinely new. Could any true innovation pierce this armor of preconceived notions and lack of curiosity? It strikes me that anyone who says that nothing new is possible is only expressing the limits of his own imagination. If innovation is not an essential trait of the greatest jazz artists, then what precisely makes a Louis Armstrong, Duke Ellington or Charlie Parker great? And how are we to measure the jazz 'stars' of today against their contributions? How did the jazz language so many avail themselves of today originally come about?

I, like so many current musicians, have gone to great lengths and great personal expense to produce my own music. Nearly a decade ago my book Harmony for a New Millennium was published, which details a new method of composing and improvising based on non-traditional harmony. The silence on the part of the critical community on all these efforts has been deafening. I don't mean to overstate the merits of my own creative music. I'm not claiming it's the equal of the great masters of the past or that I consider myself some sort of creative savior of jazz. But I do know that there are other options for jazz beyond playing the standard changes or playing free. Some of these possibilities are to what I've dedicated my creative life.

When a critic such as Gary Giddins chooses to ignore my creative work, of which he is surely aware, and instead brands me in a book as merely a "repertory trumpeter and arranger," I have to wonder: why such willful blindness? Why the closed mind and deaf ears?

It has always been hard to put new ideas on the table. Yet why does this current crop of critics feel obliged to make it even more difficult? There are no clubs anymore like the Five Spot where Ornette Coleman, Thelonious Monk and John Coltrane could perform and refine their new music and gradually win over a skeptical audience. New music is always a hard sell, as I've experienced first-hand when I produced a concert spotlighting creative new groups for the JVC Festival some years back. Despite mediocre ticket sales, George Wein backed the event and I'll be eternally grateful to him for that. Likewise Dick Hyman took a chance on a concert of new music for the Jazz in July series. God bless them both. And my hat's off to Dave Douglas for his Festival of New Trumpet Music (FONT) and the Vision Festival as well. But these opportunities to showcase new music are too few and far-between. It is increasingly left to the musician alone to provide their own platform for self-expression.

I confess that I don't have the answer on how to introduce new approaches into the market place of ideas given the current musical and business climate.

But it's become painfully obvious to me that if a critical core of pundits wants jazz to follow the path of classical music into a numbing recitation of the glories of past epochs, jazz is in grave danger of withering away and losing its larger cultural relevance.

So let's be clear about what we're being asked to sacrifice in the name of the postmodern malaise. If the role of a jazz musician is to be diminished from a creator to an interpreter, let's at least be honest about it. And if jazz is to forego its creative vitality, once the marvel and envy of the world, let's know who's ultimately responsible.