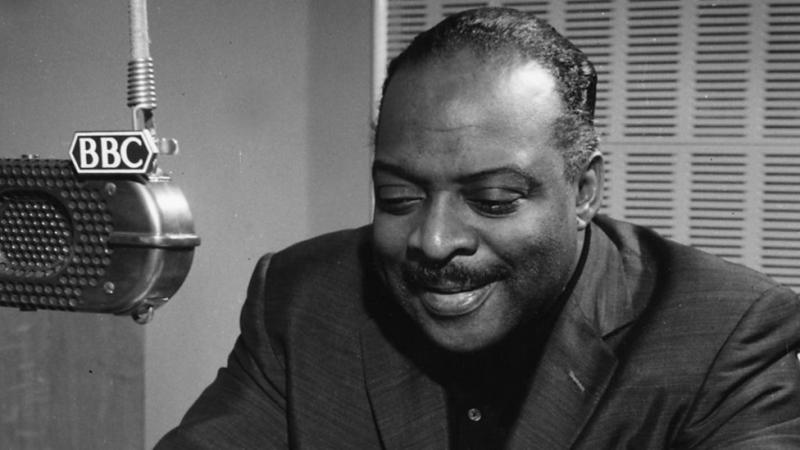 Basie broke up the band in 1950 and formed an all-star septet. But he missed the power and glory of sixteen men swinging, so in the fall of 1951 the Count began to reassemble his orchestra. Founded on an ever-growing book of first-rate charts by top-rung arrangers like Neal Hefti, Ernie Wilkins, and Quincy Jones, his new edition evolved into an ensemble of amazing strength and precision, but also one of many moods and colors, as strong at pianissimo as it was at fortissimo , as swinging at slow tempos as it was at fast ones. But make no mistake, this reborn unit was packed with accomplished soloists. One by one, the Count brought in trombonists Benny Powell, Henry Coker, and Al Grey, trumpeters Joe Newman and Thad Jones, and the tenor saxophone tandem of Frank Foster and Frank Wess, all modern, bop-inspired improvisors who also were completely at home in the Basie idiom.

Through the '60s, the '70s, and into the '80s, the Basie band remained the definition of big band jazz. And even after his death on April 26, 1984, The Count Basie Orchestra continued to record and tour under the leadership of three of its most distinguished alumni: first Thad Jones, then Frank Foster, and, from 1995 to 2003, trombonist Grover Mitchell. 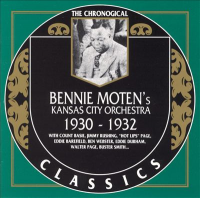 Bennie Moten: 1930-1932 (Classics, 1996)
From 1929 to 1935, Basie was the pianist in Bennie Moten's legendary Kansas City-based territory band. After the leader's death in 1935, Basie formed his own big band with many ex-Moten sidemen as its nucleus. The Moten band's most enduring number, "Moten Swing," would serve as Basie's first theme song.

Count Basie: An Introduction to Count Basie: His Best Recordings, 1936-1944 (Best of Jazz, 1996)
Basie's first band produced a string of jazz classics: "One O'clock Jump," "Jumpin' at the Woodside," "Swingin' the Blues," "Down for Double," etc. Many were collectively worked out "head arrangements," while others were crafted by such gifted writers as Eddie Durham, Buster Smith, and Buck Clayton. 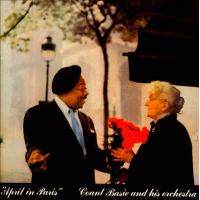 Count Basie: April in Paris (Verve, 1955)
After his brief small band hiatus during the early '50s, Basie returned to his favored format and picked up where he left off. This milestone album produced a major hit with the title track plus two more enduring Basie favorites, "Corner Pocket" and Frank Foster's masterpiece, "Shiny Stockings." 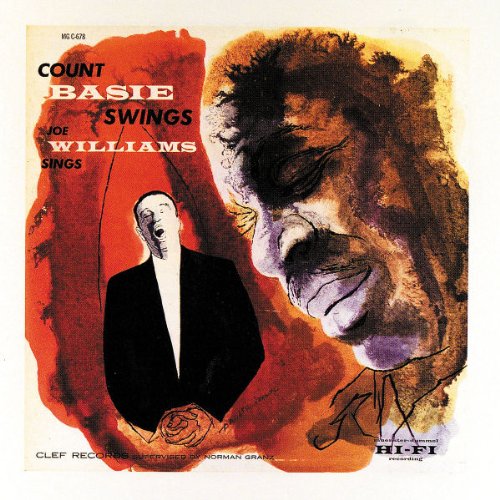 Count Basie & Joe Williams: Count Basie Swings, Joe Williams Sings (Verve, 1956)
On Christmas Day 1954, singer Joe Williams began his six-year tenure with the Basie juggernaut. His debut recording with the Count, which still stands as a landmark jazz vocal album, presented Williams' hip, modern take on the blues and gave Basie another big hit with "Every Day I Have the Blues." 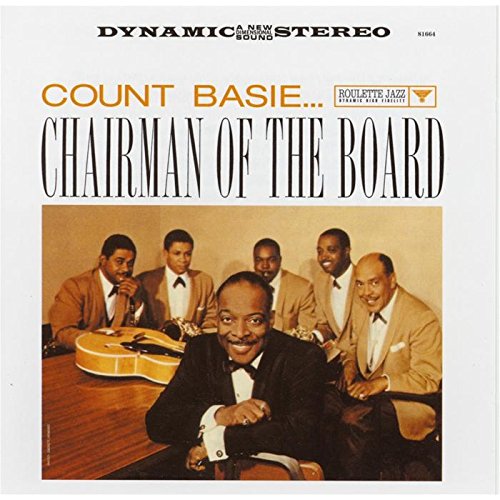 Count Basie: Chairman of the Board (Blue Note, 1958)
This indispensable recording showcases the work of three brilliant arrangers from inside the band—saxophonists Frank Foster and Frank Wess, and trumpeter Thad Jones—plus ex-Basie saxophonist and frequent contributor Ernie Wilkins. It is, arguably, the finest album of big band jazz made during the LP era. 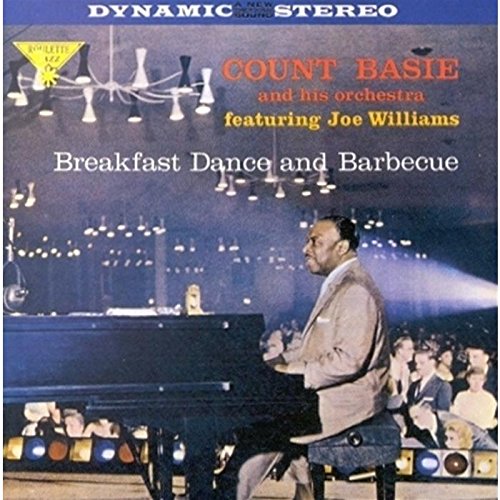 Count Basie: Breakfast Dance and Barbecue (Blue Note, 1959)
This live date is a favorite of Basie trombonist Benny Powell (who contributes a terrific solo on "In a Mellow Tone"). Performing in the wee, small hours—when Joe Williams sings, "It's five o'clock in the morning ...," he's not kidding—Basie's men have even more fun than their grateful audience. 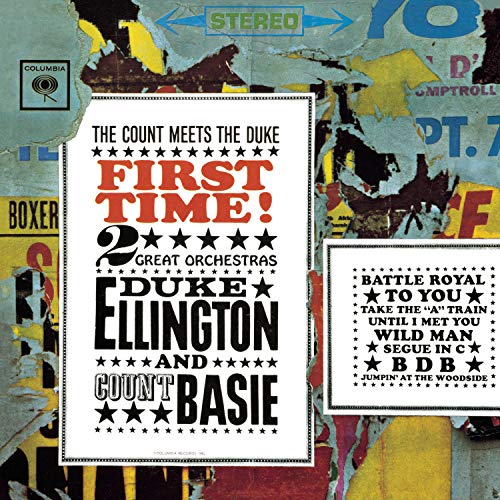 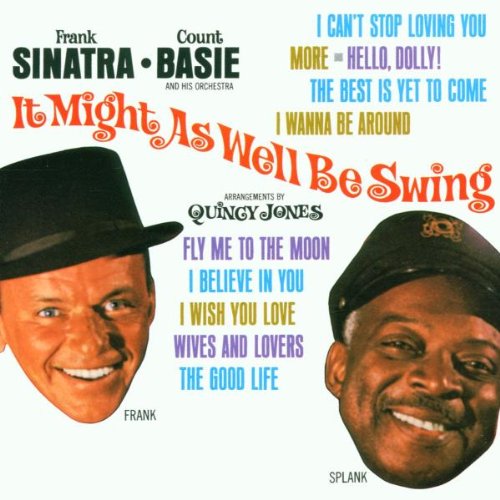 Frank Sinatra & Count Basie: It Might as Well Be Swing (Reprise, 1964)
No band was better suited to Sinatra's "ring-a-ding-ding" nonchalance, and no singer (except Joe Williams) was as comfortable with Basie's subtle, solid swing. The second of their three recorded collaborations offers a selection of great tunes from the early 1960s, arranged, with added strings, by Qunicy Jones. 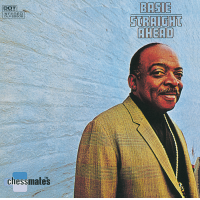 Count Basie: Straight Ahead (GRP, 1968)
From 1968 to 1983 Sammy Nestico arranged ten albums for Basie. This date, his first for the band, demonstrates Nestico's talent for bringing a welcomed freshness to the familiar Basie idiom. As lead trombonist Grover Mitchell proudly declared at the time, "Best damn album we've made in five years!" 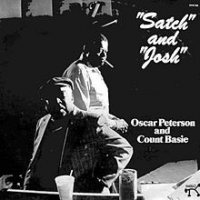 Count Basie & Oscar Peterson: Satch and Josh (Pablo/OJC, 1974)
At first, you might not expect this piano duo to work. After all, the flamboyant Peterson seems to play more notes in a single solo than the economical Basie did in his entire career. But Peterson proves a sensitive accompanist, and the interplay between these two keyboard giants is truly wonderful. 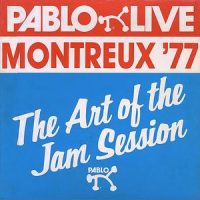 Count Basie: Count Basie Jam: Montreux '77 (Pablo/OJC, 1977)
An underrated pianist, Basie holds his own alongside trumpeter Roy Eldridge, trombonists Vic Dickinson and Al Grey, and saxophonists Benny Carter and Zoot Sims. And when the horns lay out on "Trio Blues," he steals the show. "We can't follow that, Bill!" Carter calls from the wings—and he's right. 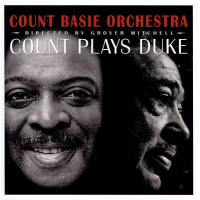 The Count Basie Orchestra: Count Plays Duke (MAMA, 1998)
Almost two decades have passed since Basie's death. But The Count Basie Orchestra kept on swinging under the direction of Grover Mitchell, as it did on this Grammy Award-winning program of Ellingtonia, arranged by Allyn Ferguson and featuring special guest Frank Wess and Mitchell's smooth trombone.