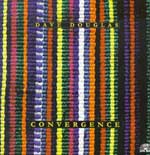 The title is most appropriate. Here is all manner of music—jazz, classical (both old and modern), folk music, show tunes, and quite a bit that's indescribable. You get Douglas, drummer Michael Sarin, and three strings—but you don't get a "string" album. Sounds drift in and out, and the focus can change in a heartbeat. It's edgy, it's dissonant—it's an adventure.

You know you're in for a ride from the opening shot. It's a Burmese folk song, the theme stated by everyone. Little lines get stated by this string, then that. Douglas is standing back mostly, as the interplay develops. It keeps getting faster, the sound thick and dense—suddenly it's over. "Joe's Auto Glass" has a rollicking sound, like a '30s cartoon with a lot of racket. Douglas and violin Mark Feldman share the theme; when Douglas starts his solos, Erik Friedlander plucks the cello behind him. When Friedlander starts bowing, Douglas slinks to the background, sounding like a trombone at times. Feldman's solo takes a shrill theme on two strings, soes a bit of mad strumming, and then impersonates radio static. Right when chaos would reign, the cartoon music comes back. The strings run away with this one, and it ends with a squeak, as if they polish the glass.

The strings are really felt on "Tzotzil Maya," where they drone sadly as Douglas mourns the Chiapas massacre. His sound is warm, reminding you of Miles' playing on "Three Little Feelings." It's the most conventional use of the strings, and they sound thick for a trio. "Meeting at Infinity" is chamber music—that is, before the bowed cymbal! Strings drone while Sarin rattles his kit and bangs his gong. A pulsing line appears and subsides, the drums keep agitating, and then Douglas cuts through the noise with a high blast. Friedlander gets rhythmic on his solo; Feldman saws away. Near the end, there's a change. Drew Gress gets a late-night feel with his bass, Douglas gets hot, and it finishes up as conventional jazz.

The avant-classical mood returns in 'Desseins Eternels', a piece by Olivier Messaien. Friedlander flutters; Gress moans—and Douglas floats pretty on top, turning an organ solo into something more. Kurt Weill's "Bilbao Song" gets a lush reading from Feldman, with Douglas playing the sedate orchestra (he slides and shouts, again with the trombone sound.) While Feldman was vintage, Friedlander is modern, scraping and pulsing while Sarin thumps and pops. Feldman and Douglas do a solo together; while one bows high, the other growls and pops the mouthpiece. These effects go on as Feldman returns to theme —a dada hotel band.

"Collateral Damages" is another lament, dedicated to civilian casualties of the Gulf War. Douglas is round and strong; the strings play their simple lines with measured grace. The cymbals clash, Douglas gets an edge to his tone, and Gress has a most musical solo. The strings join him, and Gress climbs higher—a fine moment. 'Goodbye Tony' has a fun bit where everyone plucks at once; this leads to Friedlander's best effort. And "Nothing Like You" takes a catchy tune and makes it brash, with Douglas getting fancy in his solo. It's mostly him and the bass, and it works. It's a jazz breeze, and sweet indeed.

It seems a little long, but the trumpet/strings blend is intriguing. The slow tunes excel, and the covers are a joy. It isn't quite jazz, but it is many things. As they say, convergence.Dave Douglas (trumpet); Mark Feldman (violin); Erik Friedlander (cello); Drew Gress (bass); Michael Sarin (drums).