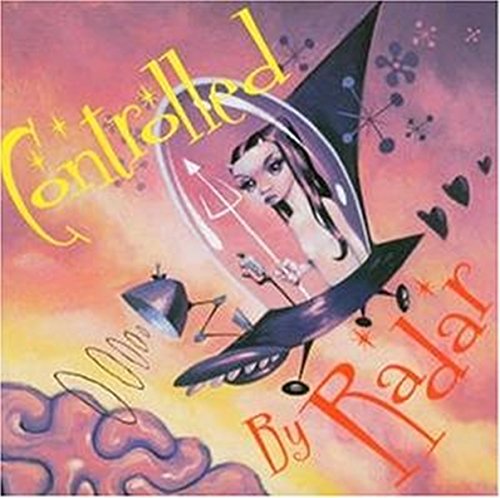 Well, hmm, ah, err, it seems — no, in light of, considering the — oh crapola, this is a difficult disc to easily approach. I'll attempt an objective systematic approach.

Point 1: This an improv disc in its purest sense. Point 2: This is free jazz fusion aka thought-flow-moments of genius interconnected with random-branching fibers of amorphous yet focused noodling. Point 3: This is introspective, rainy day in mid-March, sonambulistic wanderings in a dark cellar with Lovecraftian slitherings shifting unseen in the black corners type of music. Point 4: This is not extended high-energy, unison lines, steel-melting fusion but is a viscous wall-of-notes and twisted echoes from a fever dream spiced with myriad lightning-strike solos. Point 5: This is experimental fusion leaning towards that progressive rock-in-opposition realm but I call it freeform-fusion-in-opposition aka "FFIO" pronounced "Phfee-Yeeoh" Point 6: This is Scott and Michael playing with various effects-toys to warp their instruments' voicings into many odd-ball languages that show great technique but will weird-out many folks quickly. Point 7: This disc shows McGill in a more textural, soundscape, reactionary setting to Manring and Stevens interacting. McGill leads less obviously but is more a supportive, symbiotic, synergistic player this go round. In fact, I felt that Manring's long-standing jazz sense and singular style drove most all the disc's flow. Think Thonk "II" with McGill special guesting. Yeah, I said it. Point 8: This is not a power trio but instead a 3-headed "FFIO"-welding monstrosity spouting forth a brain-twisting, neuron-overload, and gut-wrenching volley of threateningly obscure din and drone. Point 9: This disc 1 will challenge many an ear and disappoint those out there seeking typical Holdsworthian heavy-fusion flourishes of riffage and eclectic chordal bliss. Point 10: This disc may be declared "genius" and birth a new school of jamming some day years later but for now consider it a vague echo of the weirdness factor that T Tech got into a huge way on Rocket Science. Point 11: This is a great disc for bass players to study and see Manring excel as he always does. This is a great disc for drummers to see what a challenge this type music is and how well Stevens pulls it off. This is a disc for McGill completists or Fripp/Frissell fans to hear an unheard side of this fine Irish axe-man. Point 12: I hope disc 2 (acoustic/"Left Brain") is more focused and accessibly structured as disc 1 left me in dire need of such.

This was much easier to approach than disc 1, as acoustic guitar is always straightforward, immediate, and holds nowhere to hide, WYHIWYG.

Anyway, think of Shakti raga-ville, 3.5 tracks worth, think of Windham Hill and Will Ackerman w/Manring, think of ECM/Narada label circa mid-80s jazz-inflected, yet atmospheric, gnu-agey instrumental guitar releases. Capeesh? Don't get me wrong, I don't mean sappy, limp-wristed whanking for inner peace but I think of that era's better works offering us the likes of Bensusan, Hedges, Ackerman, and De Grassi . . . ahhh the bliss . . .

Again the majority of the aforementioned pieces are introspective and angst-laden as on much of CD 1. Yet a certain dreamy forlorn meander down lost-childhood's memory lane, misty mornings hangovers, late afternoon ennui, spider webs aglisten with dew, wind gusts and mini-vortices of harvest's-end, dust in Autumn, crimson leaves racing across the backcountry trail, a certain chill circles one's bones . . . you get the picture.

I preferred the Indo-acousto-world fusion moments on disc 2 as the most soul-fire and intensity was here. McGill approached McLaughlinesque/Coryellian sacred grounds on track three, a jazzy Shakti-ish excursion. Oh for more of that Scott — please! But alas only 3 tracks offered such fire. Track 4 follows the fire with contemplation and lotus petals amongst the drones — a great raga with the highest soul-travel quotient. Don't tell me our bodies are not temples of worship — been there, done that, and have known His presence of Shekinah glory, ever-looking forward to seeing the throne of the Eternal One, YHWH. (Now you see what the right-frame-of-mind music can do to one's head!)

Synopsis, CD 2: Laid-back with occasional outbursts and offerings of "Wow!" . . . and herewith McGill clearly and deftly shows his widening breadth of guitaristry and expression. Say, "When's the last time Holdsworth dared record anything acoustic?" Think about dem apples! This is a bold step for McGill and for that alone, he gets my two-thumbs-up salute.

Addenda/Final thoughts: McGill used to play in a very different style prior to Manring. He gained most of his current fanbase apart from Manring's influence. Controlled by Radar is a not what most of his fanbase expects of him.

Yet we don't want nor need another Holdsworth/Connors clone CD release by anyone! Good Lord! Our fusion collections have enough of that already. We all expected McGill to grow and mature his sound. But we fusion folk are very human, habit-driven animals. We simply remember a different McGill fondly and perhaps awaited more clear references to his past releases. If McGill has found a new way to answer his Muse then, "Hurrah! Go for it!" If it is commercially successful then that's even better.

This phenomenon of artists "branching out" and fans being less than thrilled has been happening in the music biz for decades. So what if fans/critics don't dig the evolutionary step. It's no big deal. Artists expect it. Fans know it happens. Life goes on.