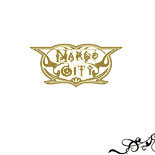 The year was 1990, the US and Iraq were posturing, and the American president was also named George Bush. George the 1st said, "This aggression will not stand —dividing the country between protestations of "no blood for oil and, well, conservative "freedom fighters.

I don't know who drew the line in the sand. Who made it "us" versus "them." But like the moldy fig debates some fifty years ago, the uptown vs. downtown distinction was made in jazz.

Saxophonist John Zorn, a man with ties to the free jazz community, cartoon and film buffs, developed a love for the revolution of Ornette Coleman and hard core music. His band Naked City defined an era in jazz, inviting a new generation of listeners to call themselves jazz fans and fueling the reactionary conservative response to his downtown sounds as anti-jazz and blasphemy.

Why we had to choose between Marsalis and Zorn no one knows. But those who eschew everything that developed in jazz after 1964 seem a million miles away from the artist who easily mixed jazz with surf, latin, lounge, punk, and Tokyo hardcore. Zorn kicked a door open, drawing from his (our?) boomer generation's vast catalog of TV, movie, and radio dial-spinning exercises.

Naked City, first released on Elektra Records, was a revelation in jump cuts and stop/starts. Songs lasting 10, 13, or 43 seconds could have five different "styles" switched on at will. Hardcore elements and screeching saxophones were met with the gurgling screams of Yamataka Eye. Ornette's "Lonely Woman was followed by the aptly titles "Igneous Ejaculation. It wasn't until you saw this band that you realized all the music was made in real time; no studio manipulation was employed to fashion the quick changes. The anarchy brought by these musicians was totally controlled and composed.

Packaged together here are the 120 tracks from the album Naked City and the hard-to-find releases on Japan's Toy Factory and Avant labels: Torture Garden, Heretic, Grand Guignol, Leng Tch'e, Radio, and Absinthe. The five-and-a-half hours also include the previously unreleased Mike Patton vocal edition of "Grand Guignol. All the music has been remastered, cleaning up the sound from the early somewhat muddled CD releases.

The handsome box set comes with a booklet that contains the artwork from the original albums, some photographs of the band, and brief (one-paragraph) essays by band members and the likes of Sean Lennon, Otomo Yoshihide, Eyvind Kang, Mick Harris, and Marc Ribot. Most of the documentation is taken up by Zorn's sketchbook of thoughts and scores for some of the music. Notably lacking here is a comprehensive historical essay or perspective for this music. But then again, when has Mr. Zorn ever presented us with such explanations?

Will the music hold up? Will it stand the test of time? That's for future generations to decide. Maybe those of us who were enlightened by Zorn's magic have invested too much into this music to be fair. Zorn has gone on to lead his Masada units; Bill Frisell to his take on Americana; Wayne Horvitz to Zony Mash, Pigpen, and his Sweeter Than the Day ensemble; Yamataka Eye back to Japanese hardcore; Fred Frith to dance, film, and theater scoring; and Joey Baron has held the drum seat for Masada, Joe Lovano, and David Bowie, among others.

This important work is compiled in one box. Probably as dangerous a music as has ever been produced. Well, it's only music. Isn't it?