By BRUCE LINDSAY
October 22, 2010
Sign in to view read count 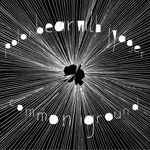 Sebastian Rochford, drummer and writer with Polar Bear, is one of Britain's most extraordinary musicians. The softly-spoken Scot is also one of the most curious of musicians, constantly seeking new sounds and collaborations both inside and outside the jazz world. On the fascinating Common Ground, Rochford gets new sounds from old sounds—eight of the tunes are based on samples from Polar Bear's album Peepers (The Leaf Label, 2010)—and a new collaboration from the UK hip-hop community in the shape of Portugal-born MC and vocalist Jyager.

Although Common Ground is credited to Polar Bear, this is very much Rochford's project. Rochford worked predominantly with a vinyl copy of Peepers, reworking the tunes into new tracks that rarely, if ever, betray their origins.

"Recording in Secret," based on Leafcutter John's improvisation, has an industrial feel to it, conjuring up images of the factory or the forge, while a bass-heavy passage bears a close resemblance to Pink Floyd's "Set the Controls for the Heart of the Sun." It's distinct from the rest of Common Ground: the only track not based on a version of a Peepers tune and the only one on which another member of Polar Bear gains a co-writing credit.

The six tracks that feature Jyager on vocals are all recognizably hip-hop in structure. Jyager has a strong vocal style, delivering his lyrics with confidence and an excellent rhythmic sensibility. Like many UK rappers, Jyager's lyrics are defiant, optimistic and positive, eschewing the macho posturing favored by many of his American counterparts.

"Dont Think I Wont" (sic) is centered on a strummed guitar chord and a surprisingly un-manipulated drum part; coupled with Jyager's rapped lyric it's one of the album's darker, more pessimistic tunes. "Stay in Control" is underpinned by the album's most insistent groove, and finds Jyager giving his most dramatic and emphatic performance. The most interesting of Jyager's numbers is "Enterprize," where Jyager sings, rather than raps, over a strong, emphatic, 4/4 beat, delivered with a melody that comes close to a post-punk feel.

Rochford's most inventive work appears on "New Love," which features vocals from Akayzia Parker, and the instrumental "Flowerpot Remix." Both tracks have a strongly percussive feel, sampling heavily from Rochford's own drum parts. "New Love" is hypnotic; the brief snatches of Parker's voice sliding in and out, mysterious and ghostly, over a two-note saxophone and some heavily remixed percussion. On "Flowerpot Remix," Rochford makes use of drum and saxophone samples to create a track that's immediate, beat-heavy and danceable; it's also a welcome few minutes of light relief in what is predominantly rather a serious set of tunes.

At barely 25 minutes in length, Common Ground has the virtue of brevity. Ideas, concepts, images, sounds come thick and fast but they're never overused and never outstay their welcome. Rochford's imaginative approach to the original Peepers tracks turns them on their heads, Jyager's hip-hop vocals give them another twist, and the whole project demonstrates the beauty of ignoring musical boundaries.