By JOHN EYLES
May 8, 2015
Sign in to view read count
OK, let's begin by being brutally honest here; if you really want to build a Coltrane collection, the albums listed below don't even scratch the surface. To do that, you will need to consider investing heavily in some box sets—five spring immediately to mind: The Heavyweight Champion (Atlantic; 7 CDs), The Complete 1961 Village Vanguard Recordings (Impulse! 4 CDs), The Classic Quartet—Complete Impulse! Studio Recordings (Impulse! 8 CDs), Live Trane (Pablo; 7 CDs) and The Complete Columbia Recordings 1955—1961 (Sony; 6 CDs) with Miles Davis—plus a few more albums to plug significant gaps. Oh, yes, and then arrange to be marooned alone on a desert island for a good few years, to have time to really wallow in some of the most wonderful—and influential—jazz ever recorded. Mmmm... Bliss.

Meanwhile, on Planet Earth: if you haven't got the funds or the time or the inclination for such total immersion, or if you do not see what all the fuss is about and are not yet sure if you even like Coltrane, then the albums below are a good way to test the water. So this is intended strictly as a beginners' guide... 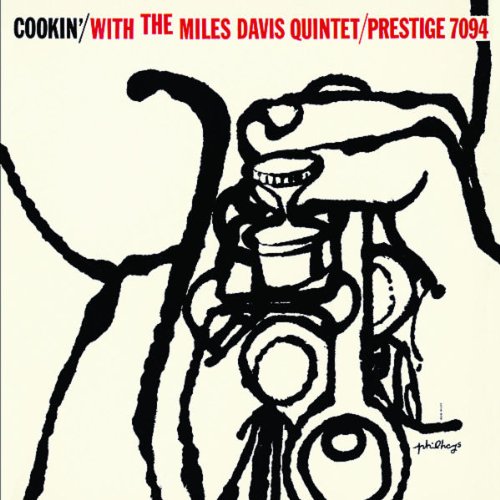 Although Coltrane had debuted in Dizzy Gillespie's band in the late '40s (on alto sax), it was not until he joined Miles Davis first great quintet in 1955 that he became an overnight sensation. Recorded together in just a few marathon sessions, the four albums Relaxin,' Workin,' Steamin' and Cookin' are consistently excellent and should all be considered. Of the four, Cookin' just edges it for me for its version of "My Funny Valentine." Coltrane is immediately recognizable, but still sounds like an apprentice learning from the master, Miles. 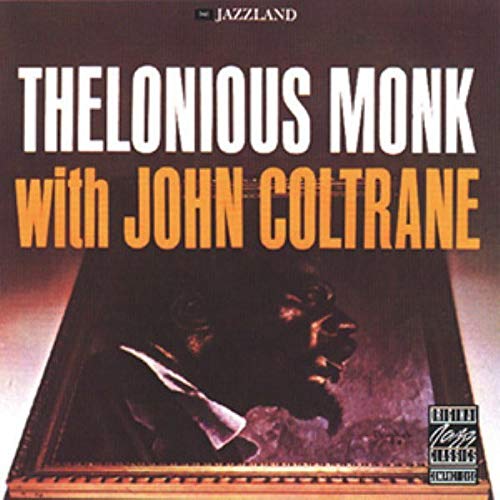 Moving from Miles to Monk, now that shows you've arrived! In the summer of 1957, Thelonious Monk chose Trane to join his band to play the Five Spot in NYC (a lo-fi recording of the results was released on Blue Note.) Coltrane is still rather reticent to let rip and still deferring to the leader, but on "Trinkle Tinkle" he and Monk really gel. An added bonus is the presence of Coleman Hawkins; check Hawk and Trane locking horns on "Off Minor," the sound of the baton being passed on. 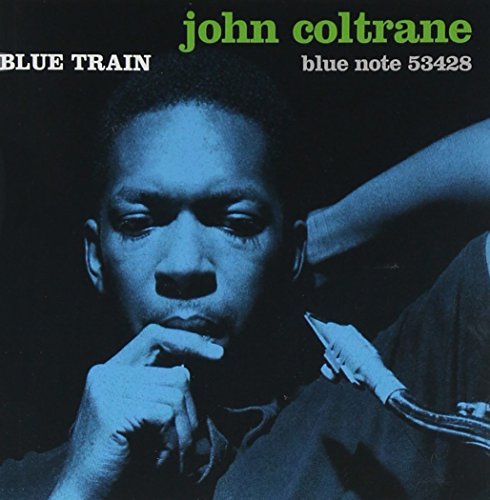 Coltrane's only album for Blue Note was his first real success as a leader. Coltrane was by now well into his so-called "sheets of sound" period when he exhaustively explored every possible avenue of a solo in a relentless torrent of notes. However, in a sextet also including Lee Morgan on trumpet and Curtis Fuller on trombone, solo space for Coltrane is not plentiful. 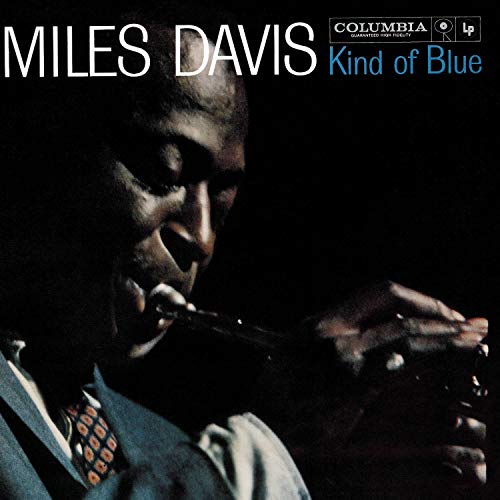 Surely no words are needed to describe this album, one of the most famous and popular in jazz history. Interesting to compare Miles and Trane here with Cookin', recorded only three years before. Trane was now at least the equal of Miles, having come a long way very quickly. 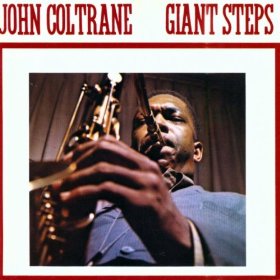 His first recording for Atlantic is many people's favourite Trane album, not least because of its warmth and humanity (four of its six tracks are titled after friends or family); compositions are mainly upbeat and Coltrane sounds as happy as he ever did. Its recording sessions overlapped with those for Kind of Blue. Now that's what is called a purple patch! 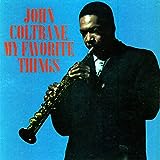 Probably Coltrane's most accessible thirteen minutes, the title track became a regular feature in concerts, often stretched out to far greater length than here. By now, Coltrane had adopted the modal approach favoured by Miles on Kind of Blue, giving this piece a spaciness and lightness in total contrast to his "sheets of sound" approach. Maybe the greatest compliment one can pay Coltrane is that no matter how often one listens to this it never conjures up images of Julie Andrews!

On joining the Impulse! label, where he would produce his greatest work with the quartet with McCoy Tyner, Jimmy Garrison and Elvin Jones, Coltrane opted to make his debut with a large ensemble (only credited as "The John Coltrane Quartet plus 10" ), including Eric Dolphy and Booker Little. The side-long composition "Africa," starting with brooding bass followed by declamatory tenor, is darkly atmospheric, while "Greensleeves" partly succeeds in replicating the feel of "My Favourite Things." 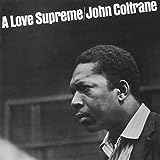 Regularly vies with Kind of Blue in "best jazz album ever" lists. A perfect blend of tension and resolution, turmoil and transcendence, without a wasted note or gesture. It is worth splashing out for the deluxe edition; its addition of sextet versions (adding Archie Shepp and second bassist Art Davis) of two tracks plus an in concert performance from the 1965 Antibes Jazz festival is not padding, but enhances appreciation of the original album. Also worth investigating is Ashley Kahn's book A Love Supreme/ The Creation of John Coltrane's Classic Album (Granta). For a taste, see the YouTube clip below. 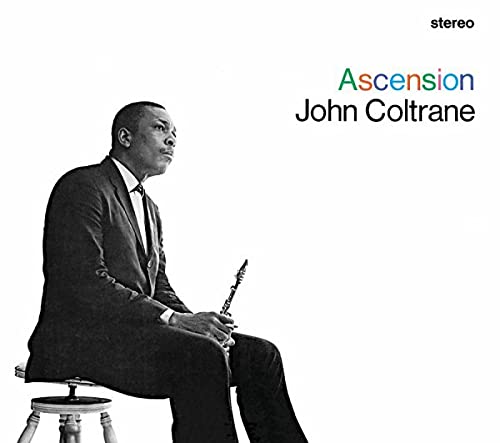 Here be dragons! If you are testing the water, this is probably not the place to begin, unless you have a penchant for large group, collective improvisation bordering on the anarchic. Name checking players such as Pharoah Sanders, Archie Shepp, John Tchicai and Marion Brown may give some idea of what is in store, but the reality is fiercer and more energetic than you'd believe. Recorded only six months after A Love Supreme, this is Earth to its Heaven, Yin to its Yang, dark to its light. Fantastic! 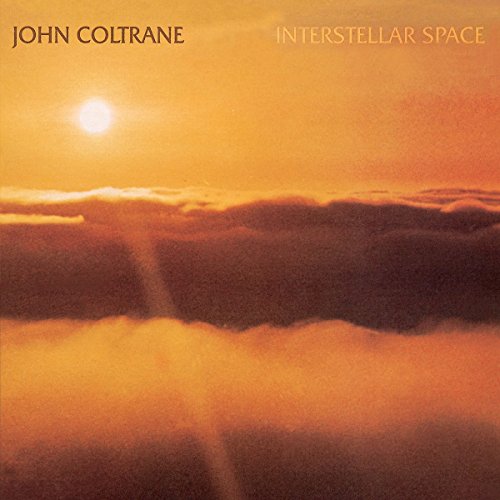 This duo recording with Rashied Ali allows both players free rein and they make the most of it, sometimes together, sometimes individually. Coltrane's tone on the opener, "Mars," has been known to blister paint. Still hugely influential on improvising duos, this is Coltrane's last great recording.