By BOB BERNOTAS
September 7, 2015
Sign in to view read count
When you hear the phrase, "New Orleans jazz," what three instruments immediately come to mid? That's right: cornet, trombone, and clarinet. In those early jazz combos, the clarinet provided a soaring, high register obbligato that enhanced, and, in the hands of the amazing Sidney Bechet, challenged, the cornet's lead line. A decade or so later, the clarinet occupied a rightful place as one of the signature instruments of the big band era, serving as a distinctive tone color in the ensemble and an important solo voice. After all, the so-called "King of Swing," Benny Goodman, was a clarinetist.

But starting with the bebop era, the clarinet inexplicably began to fall out of fashion in jazz. Despite the persistence of such gifted boppers as Buddy De Franco and Jimmy Hamilton, by the end of the 1950s the instrument had all but disappeared from the music's mainstream. None of the important small bands of the day, and, with the exception of Duke Ellington, very few big bands, featured a clarinetist. As a consequence, few pure clarinet players—as opposed to saxophonist doublers—came to prominence in jazz in the post-war period.

Today, many (perhaps most) jazz listeners regard the clarinet as a relic of the past, the property of moldy figs and swing-era diehards. Nevertheless, though the 1960s and 1970s the avant-gardists, in their quest for new sounds (as well as old ones), rediscovered the instrument, at least in a limited way. Some even began to feature members of its extended family, like the alto, bass, and contrabass varieties, occasionally in multi-clarinet ensembles. And during recent decades, this music has been enriched by a handful of dedicated clarinet specialists, like the late John Carter, Alvin Batiste, and Don Byron, who have fought to keep their instrument in the forefront of creative jazz. 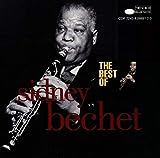 Jimmie Noone
An Introduction to Jimmie Noone: His Best Recordings, 1923—1940 (Best of Jazz, 1997)
Originally a New Orleans contemporary of Bechet, Noone made his mark in Chicago as both a blues specialist and a singular interpreter of such popular tunes as "I Know That You Know" and his lovely theme song, "Sweet Lorraine." He also was an early and important influence on the young Benny Goodman. 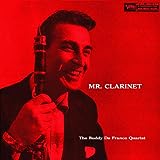 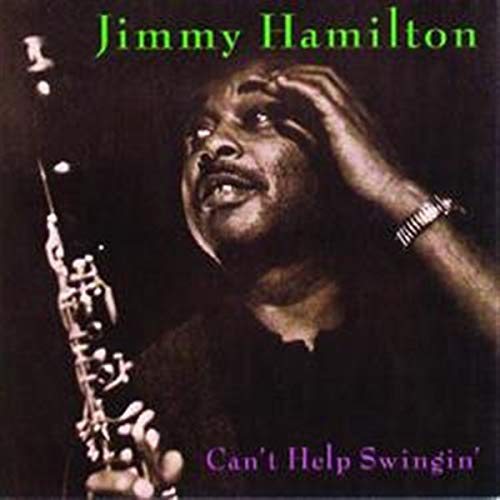 Eric Dolphy
Out There (New Jazz / OJC, 1960)
More than anyone else, this visionary multi-reedplayer established the bass clarinet as a jazz instrument. On this pianoless quartet date with Ron Carter on cello, Dolphy is heard on bass ("Serene" and "The Baron") and B-flat clarinets (Charles Mingus' "Eclipse"), as well as flute and alto saxophone. 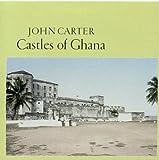 John Carter
Castles of Ghana (Grammavision, 1986)
A gifted instrumentalist and an important composer, Carter helped carve a niche for the clarinet in the jazz avant-garde. This recording, the second movement of his monumental five-part epic Roots and Folklore: Episodes in the Development of American Folk Music , is regarded by many as Carter's finest work. 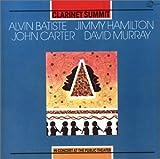 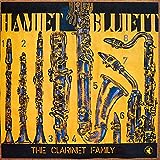 Hamiet Bluiett
The Clarinet Family (Black Saint, 1984)
This eight-clarinet ensemble (plus bass and drums) truly encompasses the instrument's entire family, from the tiny E-flat sopranino to the large contrabass. This one-time-only live performance features Bluiett on alto clarinet, along with such accomplished clarinetists as Buddy Collette, Don Byron, and J.D. Parran. 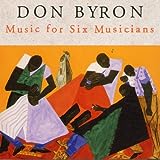 Don Byron
Music for Six Musicians (Nonesuch, 1995)
Committed to bringing the clarinet back into the forefront of creative jazz, Byron respects no musical boundaries. His creed is, "If it can be played, it can be played on the clarinet"—swing, klezmer, lieder, show tunes, funk, or, on this sextet session, skronky, Afro-Cuban-inspired original compositions. Paquito D'Rivera
The Clarinetist: Vol. 1 (Music Haus, 2001)
On this rare all-clarinet recording, the Cuban-born reed virtuoso performs with a chamber orchestra and a Latin jazz rhythm section, and in trio with piano and cello. D'Rivera skillfully bridges the gap between classical and jazz, with a healthy helping of tango á la Astor Piazzola mixed in.