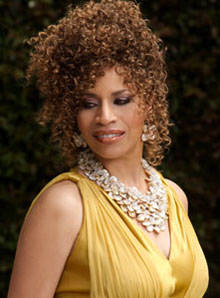 
On Mother's Day, May 8, 2011, the historic Douglas Beach House (aka Bach Dancing and Dynamite Society) in Half Moon Bay, California was buzzing about Clairdee's impending performance. When the full house had settled in, her stellar band—musical director/pianist Ken French, world class bassist Ruth Davies, guitarist Johnny Hoy and world renowned percussionist Jim Zimmerman—took to the stage and warmed the audience with Sonny Clark's upbeat "Blues Mambo." From the outset, the audience was clearly enjoying the music—nodding their heads, dancing in their seats, tapping their feet, snapping their fingers and clapping their hands.

As "Blues Mambo" ended, the quartet eased quickly into a rumba rhythm, as Clairdee strolled down the aisle toward the stage, smiled warmly and kicked off with Irving Berlin's "Cheek to Cheek," her phrasing and the polish of enunciation refreshingly smooth, with just the right touch of elegance.

For her first set, Clairdee dedicated a repertoire of standards to the women in the audience. The vocalist who has regularly crossed the boundaries of jazz, pop and blues chose to dust off and polish up an entertaining set of songs including Alberta Nichols' "Your Mother's Son-In-Law," slipping a bossa nova feel onto Harry Warren's "This Is Always," and a heartfelt rendition of the Edith Piaf gem, "If You Love Me," accompanied beautifully and solely by French. Hoy was featured on Berlin's "Count Your Blessings" and soared quick and right on the mark on Clairdee's signature arrangement of "Alright, Okay, You Win."

Clairdee projects an unmistakable aura on stage. She regaled her audience with songs that interwove warm, humorous anecdotes about her mother and other influential women she has known, creating a seamless, wonderful tapestry throughout the concert. She moved fluidly across the stage, relaxed, at ease and had everybody finger popping to the music on "I Can't Give You Anything But Love," by Jimmy McHugh and Dorothy Fields, as she wore a happy smile, perfectly enjoying every moment.

Her second set showcased "Mad About Gershwin," the music of George Gershwin and Ira Gershwin. The inventive new arrangements were e well suited to Clairdee's sassy, sophisticated style. Throughout, Davies kept the rhythm steadily nudging along, while Zimmerman provided colorful washes on his trap set, and an exhilarating solo on "S'Wonderful." "The Man I Love" introduced a bass-driven contemporary groove, and a nod to Count Basie fueled "Embraceable You." Hoy skillfully accompanied Clairdee on the seldom-heard Kurt Weill-Ira Gershwin collaboration, "My Ship."

The evening wrapped with "Oh, Lady Be Good," as the audience was stirred to vibrant applause even before the song ended. As the concert came to a close, audience members called out, "One more! One more!" and Clairdee and her ensemble came back to conclude the evening with a stirring encore. Walking out into the evening, many people complimented Clairdee on the magical concert she brought to the Douglas Beach House.