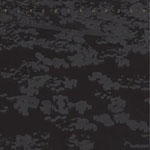 Whether in his playing as a founding member of the chamber jazz Tin Hat Trio, or in his sideman appearances with everyone from Iron & Wine to Laurie Anderson, Rob Burger brings an exotic and evocative touch to his music. John Zorn has featured Burger's accordion and/or piano on many soundtrack albums, and Burger's City of Strangers reflects that influence. These are simple melodies which blend blues, folk, exotica, world, electronica, jazz and ambient influences into 31 lush film cues.

The accordion and piano tend to play the more prominent roles, but there are also twanging guitars, banjo, violin, zither, atmospheric percussion, and a host of other instruments. The songs themselves last no longer than three minutes at the most. They take on the quality of sights glimpsed through a car window— touching, haunting or inspiring, depending on the zip code.

"The Great Port" has a touch of Aaron Copland in its busy strings, accordion and train-chugging harmonica. "Bazaar" is a ghostly tango led along by funhouse organ, strings, glockenspiel and other percussion. "Brother Donny" brings soulful accordion playing to the fore, with a solo that ladles blues against a grinding, industrial groove of guitar, violin and vibes.

The album keeps continuity going with recurring snippets of melody, which return unexpectedly and subtly changed, like the faces of old friends. Part One of "Charlotte's Theme," for instance, finds Burger playing slightly melancholy piano, with subtly ringing vibes in the background. Part Two finds the melody strutting a little on accordion, as playful marimba and buoyant electronic flourishes take the place of the vibes. The difference between them is like the difference between first seeing the girl, and walking her home after dinner. The themes reappear, reinvented again, with the swelling triumph of "In the Yard" and tender romance of "The Kiss."

Both sadness and humor make appearances, though neither dominates the mood at any point. The interlude "WTC" sends broken piano notes wandering around a stark landscape of suspended electronics. "Wendell Kendall," on the other hand, has a bright and mischievous bounce to it, buoyed by an upbeat piano figure, vibes and the pluck of what sounds like banjo.

The emotions behind the songs seem in a constant state of transition, which might be what makes them such excellent soundtrack pieces. They have a flexibility which can easily be transposed to the keys of cinema. This also makes for mellow, rich and rewarding listening. The melodies come and go, and aren't always easy to pin down in their briefness. Still, they have a sweetness which goes beyond the world of their films, and is a testament to Burger's musicianship.