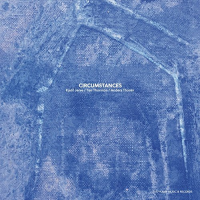 Astonishingly, this international trio—Kjetil Jerve from Norway, Tim Thornton from the UK and Anders Thorén from Sweden—had played only one concert together before they recorded the studio tracks from which the contents of this album were gleaned. That recording session lasted two hours but here has been whittled down to just under an hour's worth of mesmerising music. They play like they've been together for a decade.

"Margit," the slow burning opener is followed by the Keith Jarrett-like "Deadeye." Track three is the limpid ballad "438," which concludes a trio of tunes composed by Jerve, whose debut album as leader, New York Improvisations, was recorded in 2016 with tenor saxophonist Jimmy Halperin and bassist Drew Gress. His chief jazz influence is evidently Bill Evans, and this is made even more apparent by the choice of Evans's sumptuous classic "Time Remembered."

A slightly less obvious but no less welcome choice for reinterpretation is Allan Holdsworth's elegant "54 Duncan Terrace," originally recorded in 1988 by the guitarist with pianist Gordon Beck for the album With A Heart In My Song (Jam-Cream). The outlier of the album is undoubtedly the collectively improvised near-title track which, as an unstructured composition, allows the trio to explore the stave-less space spontaneously yet lyrically.

"Red Eye" and "Passengers" are both Tim Thornton compositions. The bassist, a stalwart on the London jazz scene, is adept at writing appealing numbers, the former tune gradually building in intensity and the latter a laid-back bluesy track vaguely redolent of Billy Taylor's famous "I Wish I Knew How It Would Feel To Be Free." Jerve's sprightly cadenza opens the final swinging piece, Cole Porter's "Everything I Love" which simply affirms the natural compatibility of this talented trio who seem equally at home playing standards or originals.