By C. MICHAEL BAILEY
December 19, 2015
Sign in to view read count
This article is less a holiday piece than a generally informative one. As Christmas is often lost in the Holiday, it is worthwhile to consider the story that started everything traditionally. There has been a renewed interest in Gospel music that has been typified in a number of recent and not-so-recent releases. These are worth consideration as a sustained part of our national and cultural fabric. 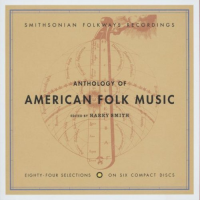 This is the set that began everything that came after it: the folk and blues revivals, record collecting (specifically, pre-World War II 78-rpm records), Pete Seeger, Bob Dylan, The Band, the whole shooting match. Accumulated and curated by the deeply strange Harry Everett Smith (1923-1991). If there ever was a personification of Greil Marcus' "Old, Weird America," it had to be Harry Smith. And his Anthology, originally released as three 2-LP sets in 1952 and then on compact disc in 1997 (by the Smithsonian), is the Ur-soundtrack of this same America. Smith assembled the Anthology from his personal collection of 78 rpm records, thus effectively beginning a recording trend that resulted in Moses Asch's Folkways (later Smithsonian Folkways), John Fahey's Revenant Records, Nick Perls' Yazoo Records, Johnny Parth's Document Records and Lance Ledbetter's Dust-to-Digital. The Anthology is essential listening regarding American Folk music and the genesis of the folk revival. 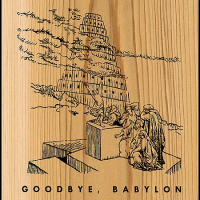 Dust-to-Digital was founded by Lance Ledbetter and launched with the release of the mammoth Goodbye Babylon. Culled from some of the usual suspects, collectors Joe Bussard and Dick Spotswood, the set boasts 106 recordings collected on six compact discs, all of the music drawn from 78 rpm records and later media originally released between 1901 and 1960. This represents the greatest compilation of focused, older music since Smith's Anthology. It was Ledbetter's labor of love that took four-and-one-half years to complete. Colleague Skip Heller said, in his article "Your Past Will Come Back To Haunt You: Omnivore And Dust-To-Digital -Two Record Labels That Matter" describes labels like Dust-to-Digital as:

..."those run by stone music fanatics who invariably wind up spending more than they'd intended because the music and package had to be just so. And these fanatics ran weird little labels that somehow stayed in business even as the industry was imploding around them. Stubborn resolve plus the irrational love of music often equals longevity."

Some things just can't be bettered. 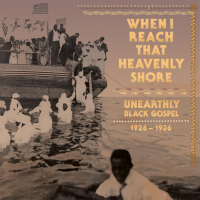 This is my biggest stretch. The only connection to Christmas we have here is the Christian center of this music. When I Reach that Heavenly Shore: Unearthly Black Gospel 1926 -1936 is assembled from curator Christopher King's private collection, a collection previously responsible for Tompkins Square releases Let Me Play This For You,: Rare Cajun Recordings and Charlie Poole and the High Landers: The Complete Paramount and Brunswick Recordings, 1929 and the splendid Mama, I'll Be Long Gon: The Complete Recordings of Amede Ardoin, 1929-1934)... continue . 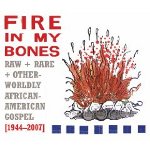 Mention gospel music and the average listener will think the Gaither Family. Others will consider the Golden Gate Jubilee Quartet or Sam Cooke and the Soul Stirrers. Still others will cite the Five Blind Boys from Alabama, Andre Crouch and the Disciples or any number of mass choirs. None of these appear on the various artists' compilation Fire In My Bones: Raw, Rare & Otherworldly African-American Gospel 1944-2007 and that is just the beginning of the good news. This collection of 60 years worth of recorded gospel music is the freshest breeze to blow through music since the re-release of the 1920s recordings of Charlie Patton, Son House and Skip James. But this breeze is not a cool one, no. It is hot and corrosive. Pentecost ain't pretty and God's love can be a terrible one... continue. 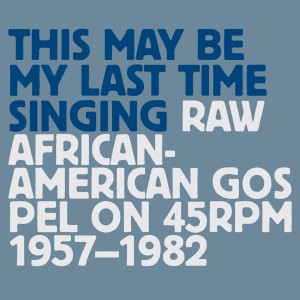 In the late 1950s and early 1960s, there was a renewal in interest in American prewar folk music, particularly early jazz, rural blues and black gospel music. This occurred primarily because a small knot of British and American, slightly obsessive-compulsive, record collectors and/or academics turned their attention from old jazz on 78rpm discs to similarly esoteric sound recordings made in the middle-to-late 1920s by a small din of African-American musicians who doubled as day laborers in the rich and unforgiving Mississippi Delta region. The line between jazz, blues and gospel, all children of the African-American experience, was indeed thin in the beginning. ... continue. 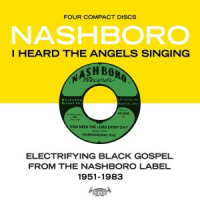 Mike McGonigal follows his critically acclaimed anthologies Fire In My Bones: Raw, Rare & Otherworldly African-American Gospel 1944-2007 (Tompkins Square, 2009) and This May Be My Last Time Singing—Raw African-American Gospel On 45rpm 1957-1982 (Tompkins Square, 2011) with this third collection that brings together recordings from the Nashville gospel label Nashboro. Mostly raw, this is the most thrilling music made, largely with no interference from name labels. McGonigal emerges as the Paul Oliver of gospel music, with these three volumes his Saints and Sinners (Document, 1994). continue.