By BRUCE LINDSAY
July 20, 2010
Sign in to view read count
Christine Tobin is an uncompromising singer whose distinctive voice has graced the British jazz scene since the mid-1990s. Whether singing her own songs or interpreting the work of others, Tobin brings a unique sensibility to each number; creating atmospheric and, at times, emotionally intense performances. Liam Noble, one of the UK's most original jazz pianists, has worked with Tobin for some years as part of her regular band, as well as leading his own projects. Both performers can be expected to produce original and exciting work, and new music from either of them is eagerly awaited.

In 2009, Tobin and Noble got together to produce a new duo album, but instead of recording new material they took the somewhat bold step of reworking a classic '70s recording that went on to become one of the biggest-selling albums of all time—Tapestry (Columbia,1971), by Carole King. The idea of reinterpreting this album was Tobin's, but the finished work—Tapestry Unravelled (Trail Belle Records, 2010)—is the result of the unique combination of voice and piano that arose from the collaborative approach of the two musicians.

King's original recording collected together a group of songs that have, over the intervening 40 years, become part of the history of popular music. A decision to rework the entire album might be considered brave or foolhardy—and, indeed, in the hands of less confident and imaginative musicians disaster could have resulted. But Tobin has a very personal love for Tapestry, and the innovative approach that she and Noble have applied to the songs has created a body of work that stands on its own merits.

Tobin's relationship with Tapestry goes back for some years, to her early childhood and the influence of her older sister, Deirdre, who sadly died in 2009. "I grew up in Dublin and my sister had a copy of the album, not when it was first released but a few years later. I listened to it with her and I used to sing along, like you do when you're a kid. And almost effortlessly I knew the songs. I used to get asked to sing "Tapestry" as my little party piece, so I associate it with very warm memories. I think it has warm memories for many people, in fact." Indeed, for people who were at college in the early '70s, the album was almost universally part of the scene—a late-night, laidback album to play as things calmed down in the early hours. But does Tapestry mean anything to later generations? Tobin feels that it does: "I was talking to my niece about it—she's not really familiar with the album, but when I sang her some of the songs, just fragments, she'd say 'Oh, yes, I know that one,' so somehow they have filtered through."

While Tapestry has very meaningful personal connections for Tobin, Noble's relationship with the album is more casual. How familiar was Noble with the record? According to Tobin, "He knew it, but he didn't know the tunes as well as I did." On its release the pianist was barely three or four years old: "Yeah, but it was my favorite album of the moment," Noble claims, unconvincingly, before reflecting for a few moments. In fact, Noble was aware of individual numbers rather than of the album itself: "Obviously I knew some of the songs, but I wasn't aware that they were all by Carole King... I'd actually played a lot of the songs with singers in restaurant gigs over the years. About 10 years ago I'd had the album, so I knew of it, but it had slipped out of my field of vision. So when Christine suggested doing it I kind of knew the sort of territory it was in."

The album arose from a gig which Tobin was invited to play at London's Vortex jazz club in August 2009: "That was a spontaneous, last minute, arrangement and I decided to try out the Tapestry songs. It was a quiet time of year and I wasn't expecting much of a crowd, but it turned out that it was packed. Each time I announced the title of a song I could see people nodding and smiling and everybody was saying after the gig, 'Oh, I remember exactly what was going on in my life when I first listened to the album.' So it seems to generate really warm memories." 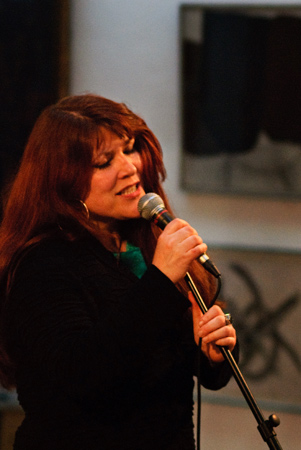 Noble's memory of the Vortex gig also emphasizes the spontaneity: "I don't remember what made her think of the idea—although I know that her sister had recently passed away. She said that she fancied doing it, we had one run through, and then we did the gig. It certainly wasn't played in much when we first performed it." How different was that first performance from the version that became Tapestry Unravelled? "That's a good question...it's probably not that significantly different. I guess we're both that little bit more familiar with the material. Certainly, it's taken me a while to get used to the structure of the songs—what you can change and what you can't. I try to make it a little different on every gig, but it's a very fine line. Do it too straight, it sounds too much like a restaurant gig: but you don't want it to sound too much like a jazz odyssey with too many funny chords either...There's not a huge margin for error."

The songs are primarily pop songs—does that give Noble less to play with, especially with the vocal on top? "I've always liked the combination of voice and piano. I like the way that you have to play the instrument differently, vary it from singer to singer. For example, I used to play with Anita Wardell a lot—she has a much lighter, more fragile voice. Christine's voice is very strong and it's almost like playing with a saxophonist. I know she won't hit duff notes, or if she does I hardly notice. I can slide about, underneath and in between, and she doesn't mind." The songs were written in the main for a four- or five-piece band, so a voice as soulful as Tobin's is needed to carry the songs with just the piano accompaniment. "Yes, that's the thing. I think it has to be distinctive..." agrees Noble. "Carole King has quite a lot of character in her voice."

The Vortex performance had been advertized as focusing on songs from Tapestry, but an album was not initially planned. As Tobin says: "We didn't know, when we did the gig, that we were going to do an album, but people at the gig were asking for the recording, so I thought that we should do a record—and lo and behold, that's what happened, three weeks later." Surprisingly, given the quality of the recordings on Tapestry Unravelled, Tobin and Noble had barely played the tunes together before entering the studio apart from that night at the Vortex, as Tobin explains: "Me and Liam got together just once, the night before the gig. We knew we didn't want to change the tunes and we did discuss the kind of atmosphere each piece would have. Then we tried each one out a few times, 'til it felt like we were capturing something, some magic. Then you feel like you're stepping into a slightly different world—which is what music should lead you into anyway, I believe." According to Noble, "We figured out, just by playing the songs, what was possible to change and what needed to stay the same. We arrived at a fairly straight reading of it."

While the Tapestry Unravelled versions of the songs are instantly recognizable, this is not merely a copy of the original. "I don't usually do many covers" says Tobin "and to do almost a whole album is a big step. But I just felt that I couldn't split the songs up. They belong together." However, Tobin didn't slavishly keep to the original running order. "We didn't go in to record with a fixed order. We just went in to the studio and thought 'What shall we do first?' But I did think of the running order for the album quite a lot. Because it's just the two of us the sound is quite sparse, some of the tempos are quite slow and you don't have the punch of bass and drums. So that dictates how you actually plan out the album to get the right mood... I thought 'Beautiful' was right to put first. I sang it at Deirdre's memorial service. It seemed appropriate because she was so positive, kind and generous."

"Beautiful" is a great start to the album. Tobin's voice comes out strongly from the opening note and has a real impact: an impact that's sustained across the record. Tobin acknowledges the importance of the engineer, Curtis Schwartz: "His studio is one of the best. You don't have to ask him for very much, he just knows." Noble approaches every song afresh and there is real variation in his playing—in some cases it sounds extremely complex, technically and structurally: in other cases it seems to be simple and pared down. A highlight is his playing on "So Far Away," one of the more straightforward arrangements, characterized by an exquisite solo: "Yes," says Tobin "that's my favorite. I really like his style. He's very skilful, he's studied all of the great masters and he's got an incredible imagination. For me, on that one, his solo really lets you feel this person drifting away—I can almost see pictures from it, it's very dreamlike." 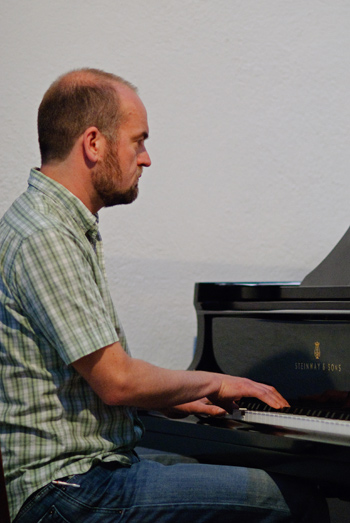 One song from the Carole King original, "Where You Lead," doesn't appear on Tapestry Unravelled. Why is that? Tobin's is confident about her decision: "Well, there were two tracks that didn't grab me in the same way as the rest. One was 'Smackwater Jack,' which is stylistically pretty different and 'Where You Lead,' which just didn't resonate with me. I wanted every song I sang to really mean something to me, so because I didn't feel that way about those songs I just decided not to do them."