Quasi-historians suggest that the story, in which Christian X, King of Denmark dictated that all Danes, including himself, would wear the Star of David as a symbol of solidarity with his Jewish subjects, if the Nazis forced the Danish Jews to do so, is apocryphal. The profound nature of the King's support for his Jewish subjects and his fierce declaration of Danish nationalism amid the then-rise of Nazism is at the heart of the celebration of this suite. Indeed, pianist/composer Soren Moller makes sublime music on Christian X Variations. Moller's vivid swing that is manifest in his extravagant modal excursions seems to coexist beautifully with his palette of impressionistic colors that drip, like notes in wet paint on a moving musical canvas. And it is between the two worlds that he lets the composition's architecture lie.

The music dances interminably in between the undulating lines written in strict, yet elastic counterpoint for winds, ranging from the wailing flutter of the flute to the deep moan of the bassoon, the woody beatitudes of the clarinet and the shimmering, brazen colors of oboe and horn. This leaves his lead voice, Dick Oatts' wildly adventurous soprano and alto saxophones room to take flight in the echo of regions to the interior castle of the piece. Moller's own pianism is loaded with dense imagery, created by brilliantly executed arpeggios, and even more complex lines and phrases that turn his melodies inside out, as he directs Quartet and Nonet in the celebratory narrative played out by his principle characters.

Moller's narrative plays out in five parts, the first is a sort of overture that is performed by the full complement of musicians—including the Kirin Winds, a superb quintet including musicians from many parts of the world. Their sensibilities, however, are one with the powerful quartet, where the lead voice is tossed from Oatts to Moller, as well as occasionally to bassist Josh Ginsburg, and majestically talented Puerto Rican drummer Henry Cole. "Nonet I" is also characterized by the tumult of minor variations scored with the Winds in ominous counterpoint, with Oatts' wild cadenzas on soprano saxophone. Moller's bubbling piano provides a beautiful break. "Kvartet I" is introduced by augmented leaps by the players, in almost stark contrast to the tortured sighs of the winds in "Nonet II," broken only by the ululations of Moller's supreme arpeggios that color his solo.

The stress of the push and pull of grim unfolding of this section then gives way to a bright and romping modal excursion, driven by Moller's e aural colors, which suggest a statuesque tribute to the school that was born at the hands of McCoy Tyner. This almost breaks the programmatic composition in two. The original architecture of the composition returns with "Nonet III," ominous to start with, but ending by recalling the outstanding character of a composition that mirrors the triumph of the human spirit. 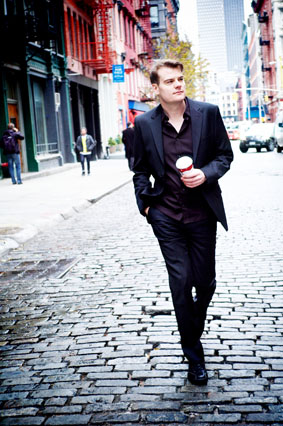