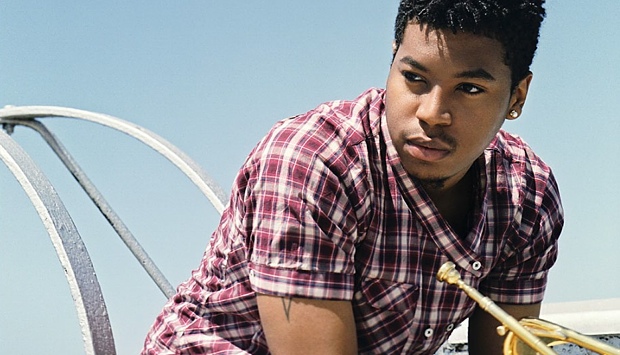 We get into the framework of a composition when we're playing it, and people can feel that we're trying to emit the space that we're coming from. When I'm playing 'Fatima Aisha Rokero 400,' I'm not thinking about what might be in the fridge back home.

Trumpeter/bandleader Christian Scott's aTunde Adjuah (Concord, 2012), like its immediate predecessor, Yesterday You Said Tomorrow (Concord, 2010), delivers on two fronts. Musically, it retains what is precious in the jazz tradition, while drawing in ideas from hip hop, rock, funk, ambient and Afrorock. Extra-musically, it reaffirms jazz as protest music.

Born and brought up in New Orleans, Scott has lived in New York City since graduating from Boston's Berklee College of Music in 2003. In New Orleans, he was taught to play jazz by musicians "who were literally the children of the architects of the music." One of things he learnt was that "jazz is, first and foremost, about freedom, about shining a light."

On aTunde Adjuah, Scott shines a light on a range of modern social injustices. These include the rape of 400 African women in the Sudanese town of Rokero by Janjaweed militiamen ("Fatima Aisha Rokero 400"), the killing of an innocent black teenager in Florida earlier this year ("Trayvon"), the demonization of the homeless in the US ("Vs. The Kleptocratic Union: Mrs McDowell's Crime"), the international trafficking of women for the sex trade ("Away: Anuradha And The Maiti Nepal"), and police killings of innocent people in New Orleans in the wake of hurricane Katrina ("Danziger").

All About Jazz: One thing that is tremendously exciting about your style of jazz is that it embraces a range of influences, from hip hop to Afrorock, that are not normally regarded as "jazz."

Christian Scott: I call it "stretch music." I'm not attempting to replace jazz conventions, but to create a sound that is "genre blind" in its acculturation of other forms, languages and cultures. I'm trying to play music that is of today while also being rooted in the tradition.

AAJ: Another thing that is uplifting is that you are using your music to address social injustice. You are reaffirming jazz as a music of protest.

CS: As an artist, I'm not entirely comfortable with telling other musicians what they should or should not do with their work. But if I do have a criticism about what's happened to the music over the last twenty years, it is that a lot of the major musicians haven't made strides to get closer to the listening public, to engage with society. A lot of times, the music is just being made for the musicians.

I think the trend reflects the dynamic of American society as a whole. I've never felt America so divided as it is now. There's a huge section of the population, about half, who have cut themselves off from the wider world. They are incredibly misinformed about how government works, what government is doing, about how other people live. It's not a quarter, or a third, it's half of them. It's terrifying!

AAJ: Some older people are withdrawing into isolationism, some younger ones into an attitude close to nihilism.

CS: Yes. With the younger musicians, it seems to me that they are more concerned with doing stuff that will make them attractive to record labels rather than articulating what they feel about a political issue. I'm 28 now, and as I get older I realize that a lot of musicians my age or a little younger are feeling that they have no stake in trying to change things.

When you have a dynamic like that from the youth it is very dangerous. It's one thing when you have been playing this music for twenty, thirty years and you've reached a place where you are maybe a little more comfortable and life is showing you certain things; your thinking may be different to what it was when you were in your teens or early twenties. But you get guys coming out of college at 22, and they don't care about what is going on outside. I've had conversations with young musicians and they were proud that they didn't care about what is going on in the wider world. That sort of attitude scares the shit out of me. Fortunately, of course, there are young musicians who are trying to shine a light.

AAJ: A few musicians who have been along to the Occupy Wall Street action reported that they were not made welcome by some of the protestors, who let them know they regard jazz as part of the power structure they want to change.

CS: Well, I've been along there several times and I didn't feel that. It was actually a lot of fun, because though the people there disagree about many things, the one thing they do agree on is that we need to find a consensus about how to change the dynamic. Otherwise it's going to get scary, man.

AAJ: Do you think that because your music is instrumental, without sung lyrics, its ability to articulate protest is constrained?

CS: On one level, maybe. On the plus side, instrumental music can carry more power because it requires real intensity of feeling to get it over. When I'm playing a tune, I'm really trying to be in that space in the moment I'm doing it. And my band has that ability, too—I think it's one of the things that makes us one of the better bands right now, in that we all have the ability to get into the framework of a composition when we're playing it. A lot of bands, they are just playing the song, whereas we're really dealing with whatever the issue is. And people can feel that, because we're trying to emit the space that we're coming from. When I'm playing "Fatima Aisha Rokero 400," I'm not thinking about what might be in the fridge back home.

We did a performance in North Carolina last week, and after we did "400" there was an old lady who came up to me and she said that it made her think of an experience her husband told her about from when he was in the last world war. She said the music made her feel how he must have felt about it.

But on other occasions, with tunes that I do that are incredibly politically charged, I've had people tell me they remind them of the loving feeling they had when they gave birth. Sometimes it's the general intensity rather than the specific issue that is communicated. That doesn't bother me at all. Of course, I want you to think about those issues, but I'm in no way trying to force people in any direction, I'm just expressing how I feel about certain things.

AAJ: On a lighter note, on the new album, one of the things you are expressing is how you feel about people comparing you with Miles Davis. 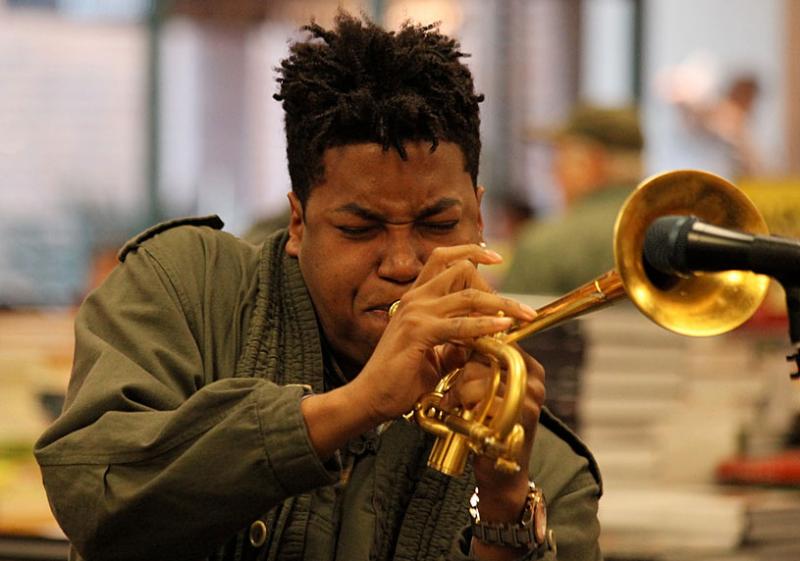 CS: Yeah, on "Who They Wish I Was." That one is about me constantly having to navigate comparisons between me and Miles Davis. It sounds like something Miles might have done in the mid-1960s; it's modal, but some of the textural things are more modern. When I'm playing that tune I'm trying to capture the vulnerability of playing the instrument in public. You can hear that in Miles, he's completely willing to be vulnerable to people and place.

AAJ: On Yesterday You Said Tomorrow you played a customized trumpet called Katrina. Please tell us a little about the horns you use on aTunde Adjuah.

CS: The Katrina was made in 2006. On the new album I play three other horns, all of them made in 2011. There's a hybrid of a trumpet, a flugelhorn and a cornet. It's called a siren. There's a smaller version called a sirenette, and another one called a reverse flugel.

The Katrina is a trumpet with the bell tilted up twenty-two degrees and shifted a few centimeters to the left. It looks a bit like Dizzy Gillespie's trumpet, but it works in the exact opposite way. It's harder to play in the upper register, because it has got one less turn in it than Dizzy's, but it makes it a little easier to switch from a whisper to something high and piercing. All of these horns are about extending timbre and texture.